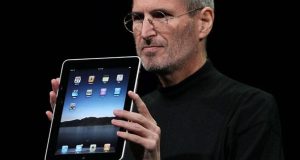 After much speculation, Apple’s long-awaited entry into tablet computing finally arrived with the launch of the iPad. The most-awaited gadget of 2010, the iPad is the sleek and resourceful e-book reader, which can help you in staying updated. It is Apple’s attempt to blend all recent advancements in modern computing, an all-in-one package for connectivity, computing, gaming and … END_OF_DOCUMENT_TOKEN_TO_BE_REPLACED 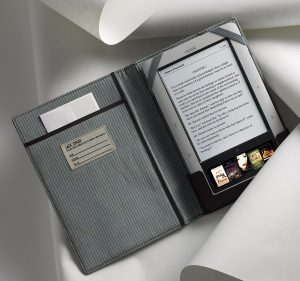 Little devices that are focused on making a big impact on the way you read books, read E-Book Readers. They are small enough to fit your pocket and large enough to carry the whole library. You have set your mind on getting yourself this sleek device but you are somewhat undecided about which way to go. With quite a few big names fighting for shelf-space, I would suggest you … END_OF_DOCUMENT_TOKEN_TO_BE_REPLACED

After much speculation, Apple’s long-rumored entry into tablet computing has arrived. The most awaited gadget of 2010 is the sleek and resourceful e-book reader which also helps you in staying updated. It is the Apple iPad.With a 9.7inch screen and a rechargeable non-removable battery, the Operating System of iPad is iPhone OS3.2. It will run only on software downloaded … END_OF_DOCUMENT_TOKEN_TO_BE_REPLACED 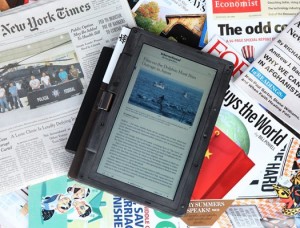 E-Book readers are little devices that are all set to make a big impact on the way you read books. Armed with an e-book reader you are never quite alone any where any time. You can never to be caught without your favorite book. Have you ever stopped to think that this device has a greater impact on society than just being your portable library?If owning an e-book reader is … END_OF_DOCUMENT_TOKEN_TO_BE_REPLACED 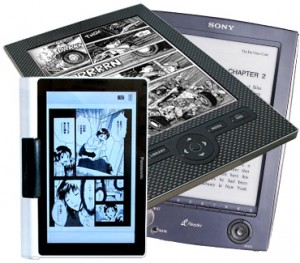 Paper or plastic had been the erstwhile slogan of credit card companies. Little did we know that an avid reader would have to fend the same question that a shopaholic had so far been dealing with. What does an average book-lover look like? Not having paid much attention to the latest trends in fashion, he engrosses himself in a book in any which place, without a care in the … END_OF_DOCUMENT_TOKEN_TO_BE_REPLACED

E-Book Readers are small enough to fit into your pocket and yet, they are large enough to carry the whole library for you. Barnes and Noble, known all over the world as giants in the bookstore fraternity, popped a pleasant surprise by releasing the Nook on the 30th of November 2009. And this new kid on the e-reader block has been termed a winner ever since. Known to be the king … END_OF_DOCUMENT_TOKEN_TO_BE_REPLACED 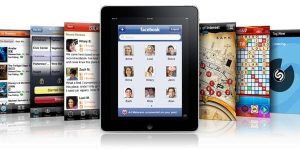 Every time Steve Jobs calls for your attention, you sit upright, expecting a path-breaking gadget, and you know, you are seldom disappointed. The most awaited gizmo of 2010 was announced on January 27. After the iPod Touch and the iPhone, comes the Apple iPad. Everyone’s been hearing about it, but what is it? What can it do? How does it work? Apple says that it is their most … END_OF_DOCUMENT_TOKEN_TO_BE_REPLACED 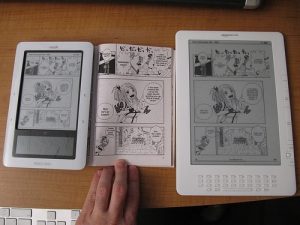 Amazon’s Kindle 2 and Barnes and Noble’s Nook may not typically be fighting for shelf space but are sure battling it out to woo more e-Book readers in its realm. Launched with much gusto, and reviewed widely, the similarities notwithstanding, it is the differences, which might tip the scales from one heavyweight to another.To a buyer who had almost zeroed in on getting … END_OF_DOCUMENT_TOKEN_TO_BE_REPLACED 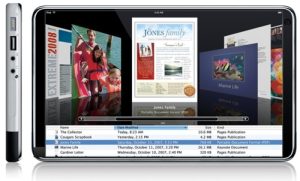 After much speculation, Apple’s long rumored entry into tablet computing domain has finally arrived. Quite a stir was built around the new creation and ramped up all over the web. Putting rumors to rest, Steve Jobs pulled the curtain off the new kid on the block. Though the iPhone is considered Apple’s next generation Message Pad, the iPad does resemble a large iPhone, complete … END_OF_DOCUMENT_TOKEN_TO_BE_REPLACED 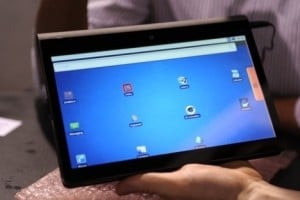 Notion Ink has a group of dedicated Indians working to build a tablet - Adam, Apple iPad's worthy competitor. After the buzz over the web last week, the official specifications of this Nvidia Tegra 2 SoC powered device have been finalized. The tablet, along with its official specifications, will be unveiled at the ongoing Mobile World Congress 2010 at Barcelona. Notion Ink will … END_OF_DOCUMENT_TOKEN_TO_BE_REPLACED 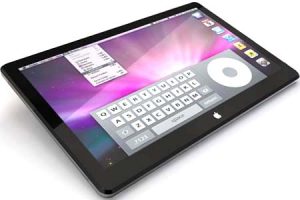 The much publicized launch of Apple’s latest offering – the iPad E-Reader– turned out to be a damp squid. No I am not talking of the usual first generation bugs, or its somewhat odd nomenclature. But the grouse is in the things that the device lacks, like 16:9 support, Flash support, HDMI or high-resolution video output support and multitasking. There is no SD card slot, which … END_OF_DOCUMENT_TOKEN_TO_BE_REPLACED