If there is one device that can be credited to have given a new lease of life to the once defunct tablet PC segment almost singlehandedly, then it has to be the Apple's iPad. And how! For the iPad has gone on to become a sensation overnight (or maybe even before that) and the most sought after tablet device worldwide. It has been selling at more than a million units a months … END_OF_DOCUMENT_TOKEN_TO_BE_REPLACED

It seems like busy times at Amazon right now. They have just released the new Kindle which is a significant upgrade over the erstwhile Kindle 2 in terms of size, weight and performance. (Sure there are many who might have asked for more and are disappointed by the new Kindle, but that's a different story.) The thing is, Amazon isn't just sitting and basking in the glory of the … END_OF_DOCUMENT_TOKEN_TO_BE_REPLACED 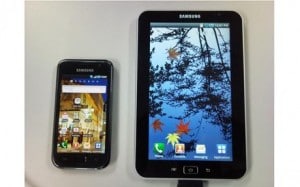 We Reported in June that the Samsung South African development team was working on 3 different Tablet PC's. We now have some new exciting details of the device: it will be running Google Android.Although we have no confirmation on what version of Android they are using, we figure it has to be 2.1 or 2.2. The Device will also feature a 7 inch screen with a high-res TFT … END_OF_DOCUMENT_TOKEN_TO_BE_REPLACED 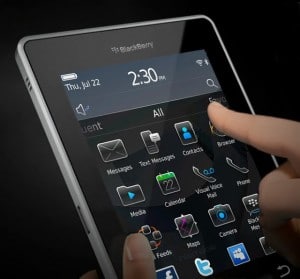 We have just heard reports that Ontario based Research in Motion has bought the domain name www.blackpad.com and this might be the last marketing key to get the Tablet PC product launch into shape.An email was circulated to key people earlier in the week soliciting opinions related to an iPad-like device. There were tons of questions regarding specific configurations and … END_OF_DOCUMENT_TOKEN_TO_BE_REPLACED 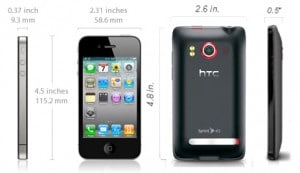 The new iPhone 4 from Apple is the company’s biggest update yet for the handset.It is particularly marketed for video calling, and the use of various media such as books, movies, music, and games; and, of course, for web and e-mail access. It was announced on June 7, 2010 at the WWDC 2010 at the Moscone Center, San Francisco, and was released on June 24, 2010 in the United … END_OF_DOCUMENT_TOKEN_TO_BE_REPLACED

Google Android 2.2 may just be an afterthought in most developers of Tablet and Slate PC'S pipelines as Android 3.0 seems to be the more ideal preference.Many Tablet and PC companies new products will be launching in the last quarter of this year, and Android 3.0 is set to debut around October.One of the more prominent companies that are sound proponents of the future … END_OF_DOCUMENT_TOKEN_TO_BE_REPLACED 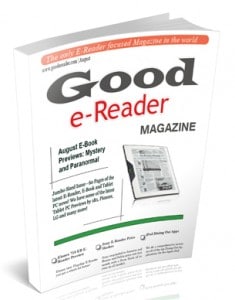 Hey everybody we just published the Good E-Reader Magazine for the month of August! This is a jumbo sized issue where we have moved from 25 pages to 60!We carry the latest News, Previews, Reviews on eBooks, Slate PC's and E-Readers! If you love the Good E-Reader blog, then you will swoon for our magazine!In this months issue we talk about the rising interest in Tablets … END_OF_DOCUMENT_TOKEN_TO_BE_REPLACED

If you have thought a low cost Kindle device would spell doom for the other budget e-readers to the extent they would be scampering for cover, well that does not seem to be the likely scenario. For as per the latest e-reader news, here is another e-reader and its not afraid to play the price game. Its the Ocean Reader from the house of Copia, a DMC Worldwide company. Ocean … END_OF_DOCUMENT_TOKEN_TO_BE_REPLACED

There was always the rumors of a Tablet device being developed by the Korean electronics giant LG. Then LG doused those rumors by confirming they are indeed making a tablet that will have the Android as the operating system and that its slated for a late 2010 launch.And now, adding further strength to the claims is the latest news of LG having stated that the upcoming … END_OF_DOCUMENT_TOKEN_TO_BE_REPLACED 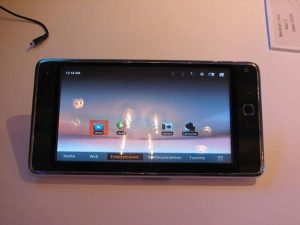 Tablets are launched, their availability dates are announced, the date approaches and then a delay creeps in from somewhere to play spoilsoprt. This seems to be the norm rather than the exception and the latest to be hit by the delay bug is the Huawei S7 tablet.The S7 was due to be launched on July 7th through the retailer eXpansys, but that had been pushed back to Aug 5. … END_OF_DOCUMENT_TOKEN_TO_BE_REPLACED 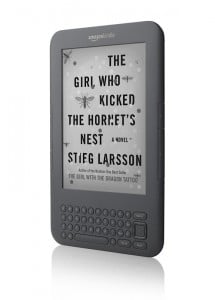 It was just yesterday that we had said there is something to the mysterious disappearance of the Kindle 2. And now, before the mystery could deepen any further, here it is: a new Kindle is coming our way. Not so radically new that Amazon won't be sticking to the same form as the old Kindle. So what's the new bit all about? It's in the size and weight group. The Kindle 2 has … END_OF_DOCUMENT_TOKEN_TO_BE_REPLACED