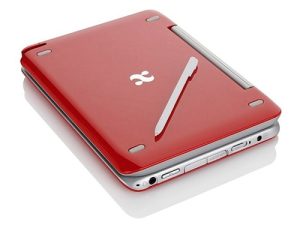 Entourage has finally launched the Pocket Edge a little over a month after the device was first sighted at a products display event at Mirasol, which should put to rest any doubt that anyone might be having if the Pocket Edge was meant for a commercial release or it was just a prototype device. However what's surprising it the choice of launch event as Entourage has selected … END_OF_DOCUMENT_TOKEN_TO_BE_REPLACED 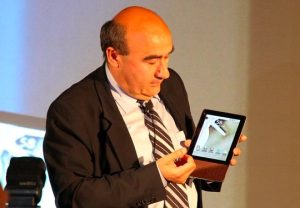 Acer is developing quite a number of tablet computers in order to satisfy carrier demands, and will be launching their Wintel Platform and will have a model out on November 21st 2010, with follow up Android devices out the first quarter of 2011.The Acer Tablet coming out on November 21st will be around $299 to 699 for different models, which include better internal memory. … END_OF_DOCUMENT_TOKEN_TO_BE_REPLACED

After having revealed the W9 and the W11 tablet PCs, RAmos has finally come up with the missing piece in its tablet line up - the tablet designated W10. However, RAmos might be late in revealing the W10 but it makes that up with some nice upgrades in its specification which is a notch higher than can be found on either the W9 or the W11. And the biggest change to be seen on the … END_OF_DOCUMENT_TOKEN_TO_BE_REPLACED 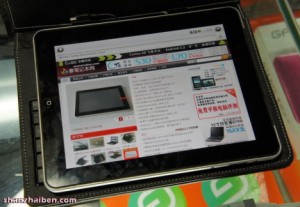 It makes sense for those who take cloning rather seriously to apply their skills on the iPad. After all its the largest selling tablet PC in the world and its sales figure is measured in millions. And something whose demand is shooting through the roof will perhaps have a spill-over effect on its clones, which is why they are cloned in the first place.However, while all … END_OF_DOCUMENT_TOKEN_TO_BE_REPLACED 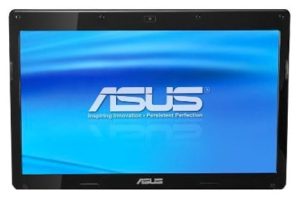 Asus has come up with some exciting tablet PC plans and its not just about one or two tablet devices that they are talking about, but a whole bunch of them. And its going to range from 7, 9, 10 and 12 inch categories with the earliest we can expect to see the tablets start populating markets is from December.For the 7 and 9 inch models - with each model in each category … END_OF_DOCUMENT_TOKEN_TO_BE_REPLACED 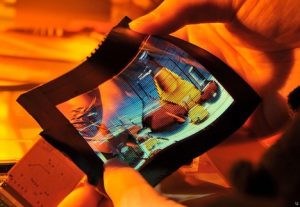 E-Reader displays won't be the same again if what ITRI has come up with can be considered an indication of the things to come in the field of display technology. In fact, the Taiwan based company is already claiming their new 6-inch flexible display will be seen lending grace to e-reader soon enough. ITRI is also claiming the AMOLED display will feature an 'unbreakable' … END_OF_DOCUMENT_TOKEN_TO_BE_REPLACED

Here we have the Vtech V.Reader made just for kids! In this video we give you a full overview of what to expect should you purchase one of these! Its a great interactive literary experience, with narration of ebooks, songs and music and a great protective body that will make it a strong and durable item.We show you all of the buttons and what they do, we also go over the … END_OF_DOCUMENT_TOKEN_TO_BE_REPLACED 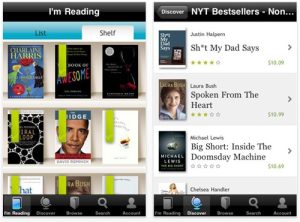 Here is some interesting news for customers who live in Canada, and have the Kobo e-Reader, or the new Kobo Wireless. You can now shop for ebooks at one of Chapters Kiosk Stations, in store.Chapters quietly ushered in this new upgrade to their kiosk system without any sign of a press release or any official word. While visiting a local Chapters Book store in Vancouver, … END_OF_DOCUMENT_TOKEN_TO_BE_REPLACED 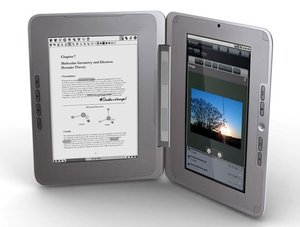 As per the latest e-reader news, the Entourage Edge that was announced a while ago is now available at Amazon. However, you got to have spare $508 to bring the dual screened Entourage Edge home. Based on the Android operating system, the Entourage Edge includes two screens - one that measures 9.7 inch and incorporates touch E Ink technology having a resolution of 1200 x 825 … END_OF_DOCUMENT_TOKEN_TO_BE_REPLACED 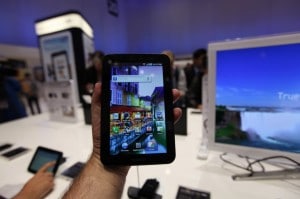 The Galaxy Tab is all set to make its presence felt in many more regions of the world though this time, its largely confined to the South Eastern regions of Asia. The countries to benefit with the latest round of the tablet's launch is Hong Kong, India and Singapore. And all of these countries will have see the Galaxy Tab enter markets within the first week of November … END_OF_DOCUMENT_TOKEN_TO_BE_REPLACED

Surely its Kindle all the way sort of scenario that Amazon wants and with that in mind, they are intent to let loose Kindle on as many platform as they can. And the latest platform to have been graced with the Kindle e-book reading app is the Windows Phone 7. Amazon has announced the new Kindle application, which will be the first of its kind dedicated e-reader application for … END_OF_DOCUMENT_TOKEN_TO_BE_REPLACED