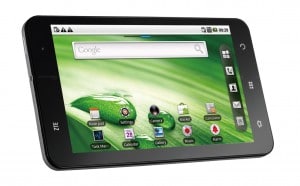 Android fans in Japan are definitely in for a treat. For not only will they be the first to get hold of the Motorola XOOM - the first Android 3.0 tablet outside of the US, here is another Android tablet all set to invade the Japanese market. Its the ZTE Light Tab and the good things with this tablet is that the Light Tab will be available from the coming Friday … END_OF_DOCUMENT_TOKEN_TO_BE_REPLACED

Guess what next is on the Motorola XOOM itinerary after its initial launch in the United States. Well, the first Honeycomb laced tablet is all set to embark on a journey across the pacific to be seen in the land of the rising sun towards the middle of April. Its KDDI that will act as the official carrier partner though on offer will be only the Wi-Fi only version of the XOOM, … END_OF_DOCUMENT_TOKEN_TO_BE_REPLACED 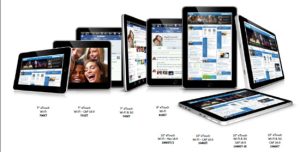 United Kingdom based Elonex has been a mainstay in the e-reader  industry for quite some time and have been in business since the 1980's. They have quite a number of new e-readers featuring e-ink and tablet computers lined up for their 2011 product line.Elonex 622 EB and Elonex 651 TEB e-ReaderBoth of these new entry level e-readers are the exact same in terms of specs … END_OF_DOCUMENT_TOKEN_TO_BE_REPLACED

A 32 GB Wi-Fi only iPad just $480! It sounds too incredible to be true, but that's exactly what sellout.woot! is offering. That's a whole $120 less than Apple charges for the regular Wi-Fi only iPad. With the whole new iPad 2 expected to break cover on the 2nd of March, maybe we will come across more cheap offers. Right now it's only from sellout.Woot and the iPads are expected … END_OF_DOCUMENT_TOKEN_TO_BE_REPLACED

Welcome to another Good e-Reader Video! Today we take a look at both of Velocity Micro's two newest tablets the Cruz Reader and the Cruz Tablet T301!We compare both of these devices in many different ways including playing Youtube videos, reading ebooks, keyboard speed, bundled applications, hardware differences and software.This is a must see video if you are thinking … END_OF_DOCUMENT_TOKEN_TO_BE_REPLACED 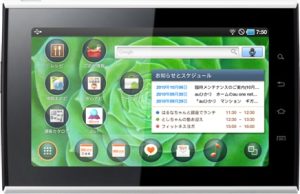 This coming month seems to be an exciting time for the release of new tablets.  South Korean conglomerate Samsung  seems to be on a tablet overdrive and they have another new tablet awaiting launch in March.The first country to get it is Japan! They will have the first taste of the Samsung SMT-I9100, which will be sold via domestic telecom operator KDDI. First unveiled last … END_OF_DOCUMENT_TOKEN_TO_BE_REPLACED

The Arnova range of tablets from the French manufacturer Archos has just become that much more endearing. Its all due to the price which has just been announced. Fortunately the price has been kept well within the reach of the masses. The tablet vary in size from 7 to 10 inch and are all within 99 euros and 249 euros, which comes out to between $136 and $342 at current exchange … END_OF_DOCUMENT_TOKEN_TO_BE_REPLACED

Here are some more details of the stylish new Windows tablet from Fujitsu coming in, including that all important price and availability info as well. The Stylistic Q550 slate PC will be there to be picked up from this spring onwards and for a price that's below $800.However, if the price seems to be a bit on the higher side, that's because the tablet also packs in some … END_OF_DOCUMENT_TOKEN_TO_BE_REPLACED 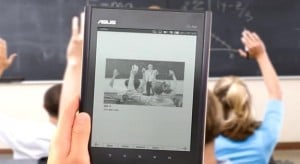 Asus will be launching a new device in the North American market in the next month that will solidify the place of pen and paper e-readers. Asus is billing this device to be the best device to be used in classrooms and aimed at students.The Asus EEE Note EA800 is a 8 inch touch screen tablet with a resolution of 768X1024 (2540dpi) and feature 64 levels of grayscale. It will … END_OF_DOCUMENT_TOKEN_TO_BE_REPLACED 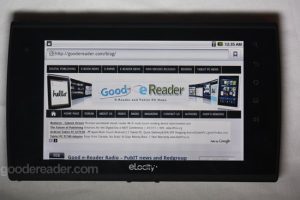 Welcome to another official Good e-Reader Review! Today we take a look at the brand new eLocity A7 Android 2.2 7 inch Tablet PC! This is the final production version, there are a few reviews floating out there, but they are mainly the pre-CES versions. These new tablets are still mainly on pre-order, but we were lucky enough to get a copy from the company.HardwareThe … END_OF_DOCUMENT_TOKEN_TO_BE_REPLACED 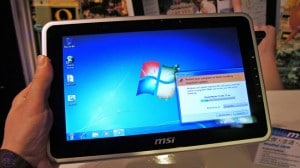 Here is some more of what to expect at the CeBIT in Germany. Micro-Star International or MSI will have another Windows tablet to show off at the German event. Named WindPad 110W, the tablet is based on a low power Brazos architecture featuring a AMD dual-core C-50 processor. There will also be an integrated Radeon HD 6310 discrete class graphics chip that will enable the … END_OF_DOCUMENT_TOKEN_TO_BE_REPLACED