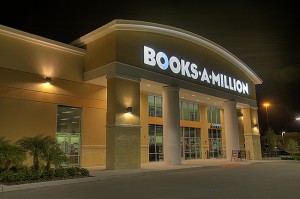 Books-A-Million Inc received a proposal from the Anderson family, who controls over 53% of the company, to take it private today. Recently displaced CEO Clyde Anderson made an offer of $3.05 per share in cash for Books-A-Million, which has a premium of 20 percent. This would value the entire company at $48.8 million.Books-a-Million became the United States' second-largest … END_OF_DOCUMENT_TOKEN_TO_BE_REPLACED 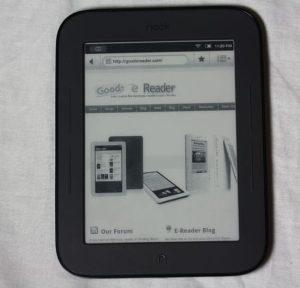 The Barnes and Noble Nook Simple Touch with Glowlight is the second iteration of their Simple Touch e-reader line. With the advent of any new device the previous generation often goes down in price. You can now get the first generation model, which won many awards as the best e-reader on the market, for only $80.00. Stores participating in the deal are Target, Best Buy, Office … END_OF_DOCUMENT_TOKEN_TO_BE_REPLACED 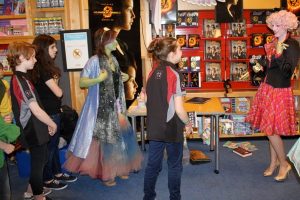 Scholastic announced today that its second quarter earnings are going to be higher than anticipated due to the success of the Hunger Games Trilogy. Even more people are buying the books because the film adaptation did so well in movie theaters.Many different companies actively market the digital and print editions of the Hunger Games. Being a young adult book, it tends to … END_OF_DOCUMENT_TOKEN_TO_BE_REPLACED 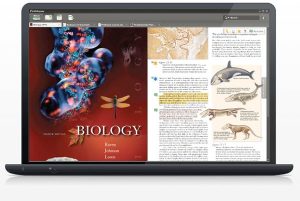 Microsoft today has invested 300 million dollars into Barnes and Noble to create a new subsidiary called Newco. This will accelerate deployment of the Nook ebook ecosystem into Windows 8.The essence of this deal is to tap into college and university textbooks that Barnes and Noble offers under its Nook Study banner. These textbooks will be available for purchase in the … END_OF_DOCUMENT_TOKEN_TO_BE_REPLACED

Warner Bros. Digital Distribution has launched a new series of ebooks called Inside the Script. The new initiative gives you plenty of behind the scenes of the films some major films, such as Casablanca, Ben-Hur, An American in Paris and North by Northwest. Every Inside the Script title includes the film’s complete shooting script in a customizable ebook format; dozens of … END_OF_DOCUMENT_TOKEN_TO_BE_REPLACED 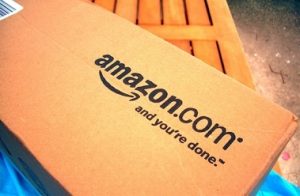 Amazon has fought a never-ending battle on a state-by-state basis over varying sales tax concerns. The online retailer has been following a 1992 US Supreme Court decision concerning the collection of sales tax from customers if the retailer has a physical presence in that state, but in light of the firestorm of opportunity that swept the country when different states saw a … END_OF_DOCUMENT_TOKEN_TO_BE_REPLACED 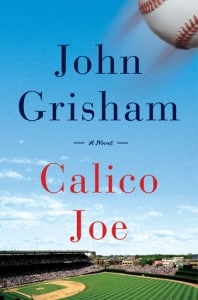 Verdict: 5-Stars - Best known for his legal thrillers, Grisham steps away from courtroom intrigue to pen a heart-wrenching story of loss and redemption.I’ve never read a John Grisham novel in its entirety…until now. If I had to pick one of his bestsellers to start with, though, Calico Joe was the right one. The writing is so masterful and vivid that not only does the reader … END_OF_DOCUMENT_TOKEN_TO_BE_REPLACED 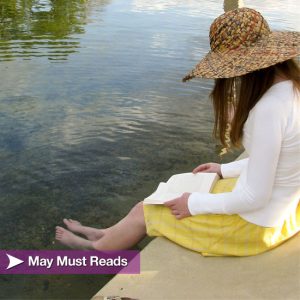 This May we are seeing lots of new YA books coming out by the likes of Rick Riordan and Charlaine Harris. This should be a good month for the kid in us all or to buy for your little one. Every month at Good e-Reader we do our essential reading list covering a wide array of genres to give you a look at some of the books that you might want to pick up!Deadlocked (Sookie … END_OF_DOCUMENT_TOKEN_TO_BE_REPLACED

The Rumor: Is Amazon working on a new Kindle Fire 3G? A recent tip has mentioned that the company is internally toying around with the idea.The Rational: Amazon has a long established track record during the last four years of providing free 3G internet access with their e-ink readers. They are always more expensive then their WIFI counterparts, but allow more freedom to … END_OF_DOCUMENT_TOKEN_TO_BE_REPLACED 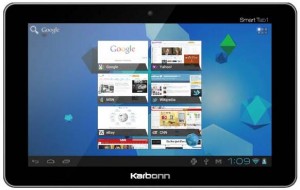 Kobonn, the India based mobile communications company, is out to test the waters in the tablet segment. Karbonn is starting out with a budget device, which is the company's forte, as it already enjoys a sizable presence in the mobile handset segment.The tablet named Smart Tab 1 comes with a 7.01 inch capacitive multipoint touchscreen display and runs the latest Android … END_OF_DOCUMENT_TOKEN_TO_BE_REPLACED 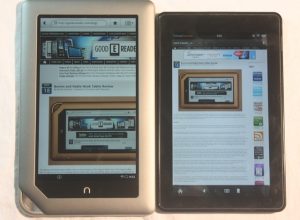 Springtime is in the air and its time to start reading outside with some of the great new ebooks coming out this month. If you are looking to upgrade your device to the latest and greatest, or looking to buy an e-reader for the first time, we got you covered.What is an e-reader?If you are coming into the game late, an e-reader is basically an electronic device used for … END_OF_DOCUMENT_TOKEN_TO_BE_REPLACED 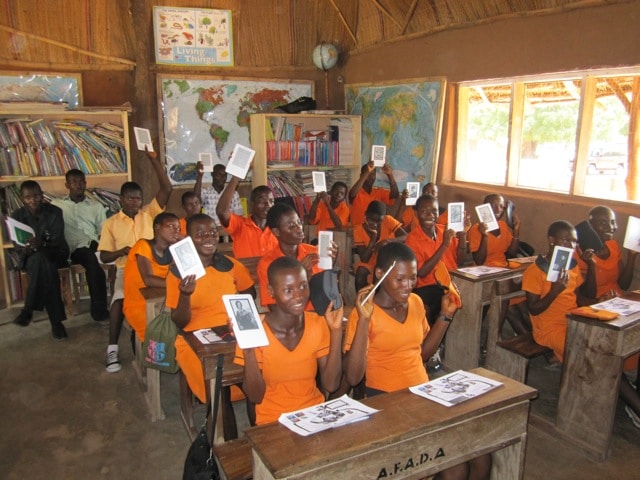 With the accessibility that digital reading has brought to the educational landscape, one crucial barrier to improved literacy seems to be physically bringing content to emerging readers in the developing world, and organizations like Worldreader are working to break down that barrier as well. Worldreader recently released the results of a year-long study in which the group … END_OF_DOCUMENT_TOKEN_TO_BE_REPLACED 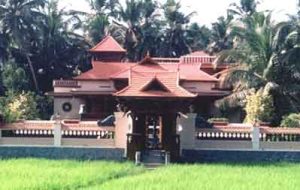 The State Institute of Languages from the South Indian state of Kerala, or the Kerala Bhasha Institute, is the latest from the country to use e-reader technology to further their publishing works. The back-end support for the project is being sought from C-Dit, revealed Institute director M R Thampan, who further stated big time players in the segment (such as Amazon) will also … END_OF_DOCUMENT_TOKEN_TO_BE_REPLACED