There are three major companies that market newspapers and magazines to libraries and there is a fair amount of concern about what ecosystem to invest in. Library budgets are finite and the average system can ill-afford in making the wrong choice when investing in digital content for their patrons. Today, we look at the three best ones out there and give you a sense on what … END_OF_DOCUMENT_TOKEN_TO_BE_REPLACED 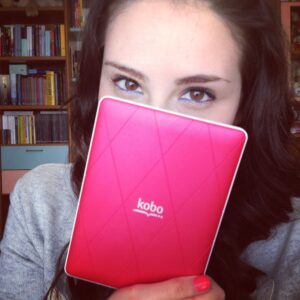 The Kobo Glo was originally launched in September 2012 and did quite well in North America and Europe. In recent years this e-reader was a bridge to overseas markets and sold all over the world. The Glo is now officially discontinued.The main Kobo website now brings users to a 404 page when they try and purchase this low cost e-reader.  This is the same thing that has … END_OF_DOCUMENT_TOKEN_TO_BE_REPLACED

Microsoft is terribly fond of looking forward, almost too much so --to the point that they forget about the present. In their latest video featuring their vision of the future (linked below, if you are interested in watching it for yourself), Microsoft tries to prove something... that feels a little bit like 'hey look, we'll still be around'!For the most part, the devices … END_OF_DOCUMENT_TOKEN_TO_BE_REPLACED 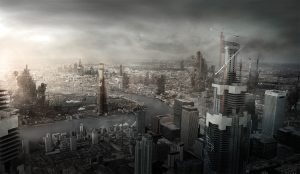 UK children are not reading classic books in schools such as the works of JRR Tolkien. Instead, they are being drawn to dystopian fiction by Suzanne Collins and Veronica Roth.The seventh version of What Kids Are Reading report has just been released and it analyses the reading habits of over 500,000 children in over 2,700 schools in the United Kingdom. It revealed that … END_OF_DOCUMENT_TOKEN_TO_BE_REPLACED 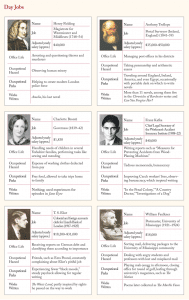 Some of the most prolific authors sometimes had to work a day job to get their start or to maintain their sanity. Authors have found that being cooped up in your home all day writing can make you lose prospective and sometimes that greatest ideas stem from the doldrums of a menial job. … END_OF_DOCUMENT_TOKEN_TO_BE_REPLACED 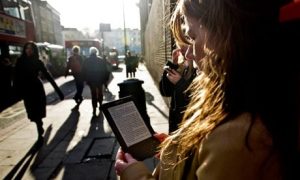 One of the most common questions and concerns we get at Good e-Reader is if you read Kindle e-books on a non-Amazon branded device? The answer depends on what type of e-reader or tablet you might have.Amazon uses e-book technology that is quite different from their competitors. The industry standard right now is EPUB, which is what Barnes and Noble, Kobo and virtually ever … END_OF_DOCUMENT_TOKEN_TO_BE_REPLACED 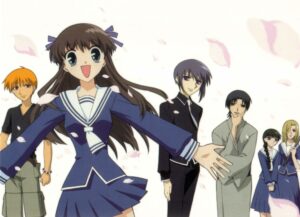 Too many times it happens: a good anime is cut short before the manga is finished. Whether  the anime concludes several story arcs too early, leaving behind an open and unsatisfying ending, or it diverges from the plot of the manga entirely to create an ending of its own, it leaves fans feeling a little bitter. And for many, we're still here waiting for that next season. It has … END_OF_DOCUMENT_TOKEN_TO_BE_REPLACED

One of the benefits of  buying tangible books over the digital editions is some of the artistry that goes into designing the book covers. One fine example of this are the possible new Chinese variants of the Lord of the Rings trilogy.These amazing covers were designed by artist Jian Guo  and are part of a competition held by the publisher WenJing Publishing. The company … END_OF_DOCUMENT_TOKEN_TO_BE_REPLACED 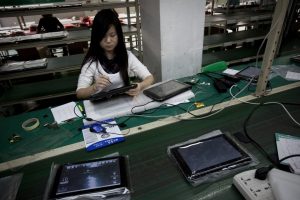 The global tablet market is starting to mature and there is not as much demand for new devices as last year. It is currently being estimated that 221.4 million units will be shipped in 2015,  slipping by 11.9% compared to 2014. Leading the market will be Apple, with iPad shipments of 54.2 million units, representing a decrease on year by 16.6%, the report, titled 2015 global … END_OF_DOCUMENT_TOKEN_TO_BE_REPLACED 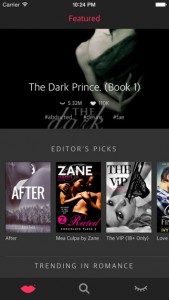 Wattpad is likely one of the breakout fan-fiction communities in the world and the Canadian company has just released new app for iOS that prioritizes erotica and romance.Wattpad After Dark is a new effort to showcase erotica and romance titles that are self-published on their platform. This is an obvious effort to capitalize on the entire 50 Shades of Grey phenomenon.  I … END_OF_DOCUMENT_TOKEN_TO_BE_REPLACED 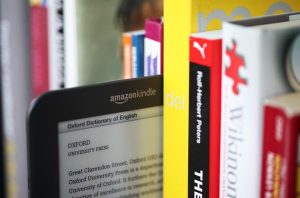 Overdrive has been delaying the Kindle editions of e-books in the United States on titles from major publishing companies. No new Kindle edition has been available from Penguin since December of 2014 and since February 2015, not a single e-book from any major publisher has become available. Is this due to a falling out with Amazon or their current contract expiring? Or … END_OF_DOCUMENT_TOKEN_TO_BE_REPLACED