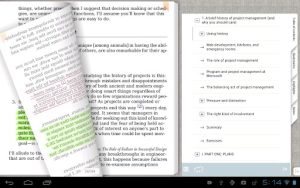 There are many statistics that iOS users tend to spend more money on in-app purchases than their Android counterparts. One of the drawbacks in the e-reader industry is that no major online retailer actually sells digital books on any Apple products. This is primary because Apple takes a cut out of each e-book that is sold. Amazon, B&N, Kobo, and Google all sell e-books on … END_OF_DOCUMENT_TOKEN_TO_BE_REPLACED 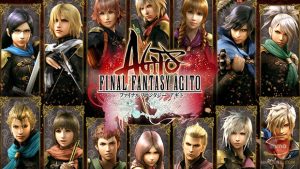 Square Enix, manufacturers of the popular video game franchise Final Fantasy, have recently announced that their smartphone game “Final Fantasy Agito” will be available on Windows 10.The original mobile game allows players, acting as cadets trying to become an Agito, going through their school life. Players interact with a variety of NPCs, non-player characters, fighting … END_OF_DOCUMENT_TOKEN_TO_BE_REPLACED 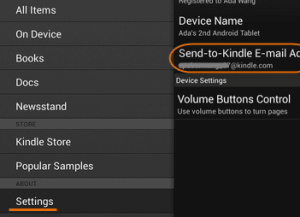 Baen Books has announced that starting June 10th the company will no longer support the Email my book to Kindle feature. The primary reason for this is due to the new Amazon's Terms of Use. In essence,  Baen e-books cannot use Amazon's Personal Documents Service to deliver paid content.In March 2015 Amazon augmented their cloud system that requires users to subscribe to … END_OF_DOCUMENT_TOKEN_TO_BE_REPLACED 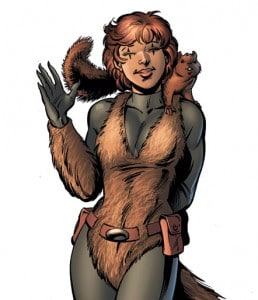 In early 2014 Marvel Comics has done the unthinkable and released a set of tools that will allow developers to build apps and websites pulling data from Marvel.  The API taps into Marvel’s vast library of comics—from what’s coming up, to 70 years ago. This represents the first API program by any major comic book publisher and provides an innovative way for fans to interact with … END_OF_DOCUMENT_TOKEN_TO_BE_REPLACED 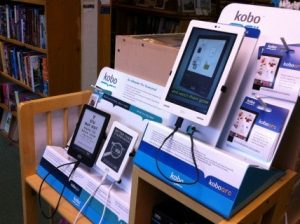 Indie bookstores have enjoyed a resurgence in book sales over the course of the past year. According to the American Booksellers Association, the number of member independent bookstores has increased more than 20% since e-readers took the world by storm. There were 1,651 in 2009 and this figure jumped dramatically to 2,094 in 2014. These days, indie bookstores don't just sell … END_OF_DOCUMENT_TOKEN_TO_BE_REPLACED 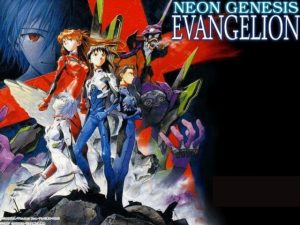 In an interview with Russian news agency RIA Novosti, Neon Genesis Evangelion's creator, Hideaki Anno, has stated his thoughts on the numbered days for the Japanese animation industry.Expressing his thoughts and concern, Anno has stated that he believes the anime industry will begin declining within the next five to twenty years, saying that the “death” of the industry is … END_OF_DOCUMENT_TOKEN_TO_BE_REPLACED 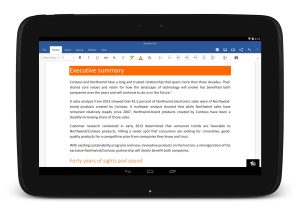 Microsoft is on a rampage trying to woo companies to bundle their Office line of apps on all sorts of Android tablets.  They have been very successful ironing out deals with Samsung, LG, Sony, Haier, Positivo and Wortman.Officially Microsoft has signed deals with over 31 different companies to have Word, Excel, PowerPoint, OneNote, OneDrive and Skype loaded on Android … END_OF_DOCUMENT_TOKEN_TO_BE_REPLACED 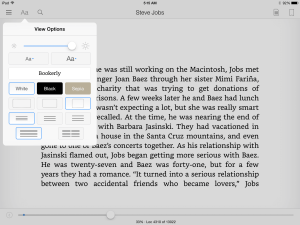 Amazon has just released a new version of their seminal Kindle e-Reading app for the iPad and iPhone. The company has made a big step towards better typography with the advent of Bookerly, the first typeface designed for the Kindle for scratch. Additionally, it looks like Amazon is trying to solve the Kindle's typesetting problems with an all-new layout engine that introduces … END_OF_DOCUMENT_TOKEN_TO_BE_REPLACED 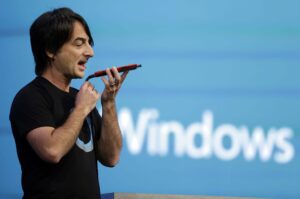 If you are not a huge fan of Siri or the Google Now you may soon have an alternative. Microsoft is porting over Cortana to Android in June and an iOS version a few months later. Cortana’s arrival is part of a larger cross-platform mobile strategy centered around the newly announced Phone Companion app for iOS and Android, which will help users configure their phones to work … END_OF_DOCUMENT_TOKEN_TO_BE_REPLACED

Google has announced that their signature font "Roboto" is now officially free to use by any e-reader company. This font is the default one that is currently being used in Android and Chrome OS.The font files for the Roboto family of fonts were first released under the Apache license as part of Android 4.0 (Ice Cream Sandwich) in 2011. With this launch, Roboto is now a true … END_OF_DOCUMENT_TOKEN_TO_BE_REPLACED 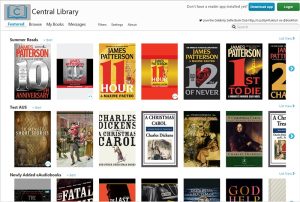 The 3M Cloud Library system by Baker and Taylor has been embraced by hundreds of libraries in the US. In order to provide a robust experience for patrons, the company has totally revised their user interface. Meanwhile for librarians, 3M added the ability to reclassify the age range for books.What has changed on the user interface? Well, newly enhanced personalization … END_OF_DOCUMENT_TOKEN_TO_BE_REPLACED