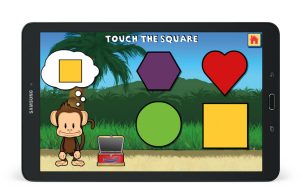 Audiobook consumption is at an all time high thanks to the sheer number of titles currently available. In 2007 a paltry 3,073 audiobook titles were produced and this figure rose exponentially to over 12,000 published in 2011. In 2013 many industry experts proclaimed that over 20,000 audiobooks were now available and in 2014 over 35,000 were released by major publishers and … END_OF_DOCUMENT_TOKEN_TO_BE_REPLACED 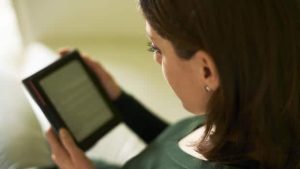 e-Books have been dramatically increasing in cost to the consumer ever since publishes have gained the ability to dictate their own price. Some people have called this phenomenon predatory pricing, devised to put the bulk of digital bookstores out of business. In a recent keynote with the Book Industry Study Group, Simon & Schuster CEO Carolyn Reidy proclaimed she doesn't have … END_OF_DOCUMENT_TOKEN_TO_BE_REPLACED 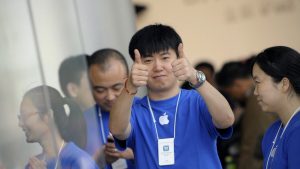 The Chinese market has been very appealing towards companies heavily involved in selling digital content, such as e-books. Amazon has been the only mainstream company to successfully enter the market and encourage adoption of their Kindle bookstore. The Seattle company is poised to have some real competition as Apple has announced that they brought their iBooks system to … END_OF_DOCUMENT_TOKEN_TO_BE_REPLACED

Pronoun is a new company launched by the folks at Vook. They want to convince indie authors that they are a better alternative to LULU, Nook Press, Kobo Writing Life and Smashwords.  How can a startup basically come out of nowhere and be a compelling value proposition for digitally savvy authors? Simple, they will put you in every major online store and give you 100% of all the … END_OF_DOCUMENT_TOKEN_TO_BE_REPLACED 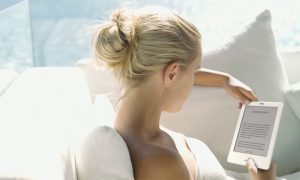 Kobo has been actively developing a loyalty program for the last six months. The idea was to reward people who bought e-books with credit, that can be used to get free content. Today, Kobo officially announced Superpoints.Kobo SuperPoints rewards you with 100 points for every $10 you spend on e-books and digital magazines. You can use the virtual currency to get free … END_OF_DOCUMENT_TOKEN_TO_BE_REPLACED 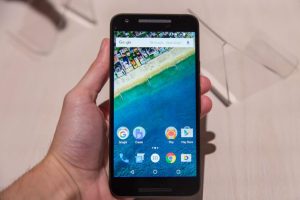 Google announced plenty of new devices today at an exclusive event in San Francisco. The phones are made by LG and are dubbed the Nexus 5X and Nexus 6P. Likely, one of the coolest new offerings is a a 10.2-inch tablet with USB-C that starts at $499. And instead of running Chrome OS, the Pixel C runs Android 6.0 Marshmallow.Speaking of Marshmallow Google said they have made … END_OF_DOCUMENT_TOKEN_TO_BE_REPLACED 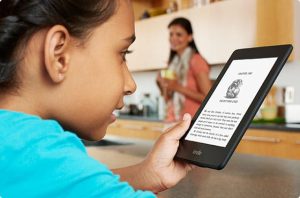 Youth in the United Kingdom are not very enamored with the entire concept of reading on a e-reader, smartphone or tablet.  The first survey from YouthSight's State of the Youth  asked 1,000 people what type of medium they regularly employed to read novels.  64% said they preferred print books, while 16% said e-books.When it comes to electronic reading devices, nearly half … END_OF_DOCUMENT_TOKEN_TO_BE_REPLACED 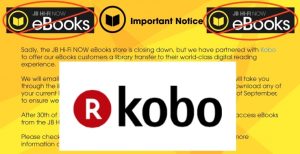 The largest electronics retailer in Australia JB Hi-Fi started selling digital books two years ago. Things haven't been going so well for them and they announced that on September 30th they will be shutting down the JB Hi-Fi Now ebook store.The company is the midst of emailing all of the customers who have registered an account on the platform or have bought an … END_OF_DOCUMENT_TOKEN_TO_BE_REPLACED

One of the seldom mentioned centerpieces to iOS 9, is a new system wide font called San Francisco, which replaces Helvetica Neue.  Apple has mandated that this new font will be unifying every device from the Apple Watch to the MAC.  Developers now have access to San Francisco, giving them the ability to use it in all of their apps.Helvetica, was created in Switzerland in … END_OF_DOCUMENT_TOKEN_TO_BE_REPLACED 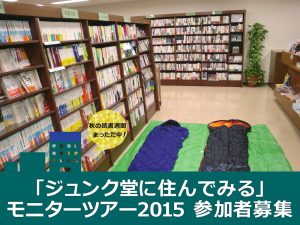 Many serious readers have dreamed about either living in a bookstore or sleeping overnight. You can read whatever you want having access to thousands of books, magazines and newspapers. A bookstore in Japan has listened and are in the process of organizing a sleepover.According to Rocknews "a little over a year ago, someone in Japan tweeted that they would “love to live in … END_OF_DOCUMENT_TOKEN_TO_BE_REPLACED