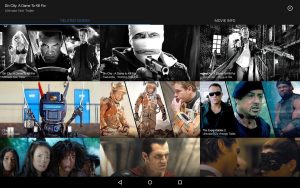 Hopefully you got a brand new tablet, smartphone or e-reader that runs Android as a gift. No doubt you will want to install some apps and Good e-Reader is here to give you a sense of the best new apps and games that have been massively updated or are considered new and notable.Amazon Alexa - I love my Echo (aka Alexa). and the Alexa app is the FREE companion app for the … END_OF_DOCUMENT_TOKEN_TO_BE_REPLACED 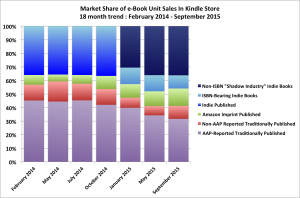 The e-book industry is currently trending downwards and 2015 was the first year that everyone has acknowledged it. With the overall decline in e-book sales print has been enjoying a resurgence.Why are e-book sales falling? The big 5 publishers, which includes Penguin/Random House, Macmillan, Simon and Schuster, Harper Collins and Hachette have implemented a new pricing … END_OF_DOCUMENT_TOKEN_TO_BE_REPLACED

One of the big advantages of dedicated e-readers is that they are tremendously durable. We have been conducting drop tests for years and never managed to crack the screen, nor render it completely inoperable. The only way we have been able to completely destroy one, was to literary run it over with a car. Below, is the first Good e-Reader short film that demonstrates how you … END_OF_DOCUMENT_TOKEN_TO_BE_REPLACED 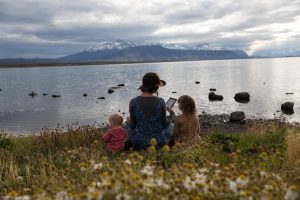 e-Reader innovation has ground to a halt and no new technology has been developed since 2013. This was the worst year on record in terms of overall sales. Many analysts have proclaimed that only 9 million units have shipped this year, which is a decrease from the 12 million dedicated e-ink devices were sold in 2014 and a far cry from 20 million units that were sold in … END_OF_DOCUMENT_TOKEN_TO_BE_REPLACED 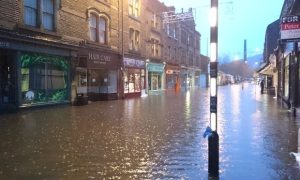 The United Kingdom currently has the most cursed bookstore in the modern era. The Book Case located in West Yorkshire has had two major floods in the last few years.The bookshop is located in an area that is notorious for flooding, and has been unable to obtain flood insurance – the town flooded badly three years ago. Since then Kate Claughan, the owner,  has  been very … END_OF_DOCUMENT_TOKEN_TO_BE_REPLACED 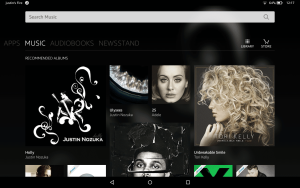 Amazon released their first 10.1 inch tablet a few months ago and people who owned prior models of the Fire tablet will notice some sweeping changes. The old carousal is gone, and the main UI looks a bit cleaner, making it easier to shop for apps, audiobooks, e-books and other digital content. The overall specs are fairly poor, but the price is right. Should you invest in this … END_OF_DOCUMENT_TOKEN_TO_BE_REPLACED 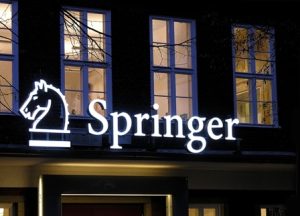 Springer has made all digital textbooks more than 10 years old available for free on their website. This equates to thousands of important texts that range in disciplines from cognitive learning to pattern recognition through mathematics.There has been a ton of conjecture on what free actually means, Springer has cleared the air by updating their terms of service.  The … END_OF_DOCUMENT_TOKEN_TO_BE_REPLACED 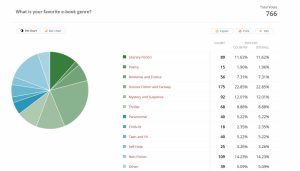 There is a common misperception that people read e-book genres differently than they do print. This stems from a series of articles that were written between 2010 and 2012 when they first started to get popular. Many people thought that people who read books they did not want to clutter their bookshelves with, such as trashy romance and fantasy novels. In other cases it was an … END_OF_DOCUMENT_TOKEN_TO_BE_REPLACED 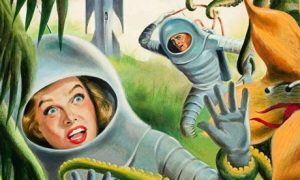 The New York Times is initiating a new book review system for science fiction and fantasy called Otherworldly. This will be a bi-monthly column by N.K. Jemisin and will likely introduce readers to new authors and put the spotlight on emerging titles you will want to read..Jemisin, an acclaimed author in the genre, said in an email interview that she couldn’t recall her … END_OF_DOCUMENT_TOKEN_TO_BE_REPLACED

Microsoft has a patent for a slider bar, the same kind that is employed on virtually every e-reader and e-book app. The Redmond company is currently suing Corel over it and if they are successful they take a percentage of all of Corel’s profits for the entire product.The fact that Microsoft is going after Corel for a slider bar demonstrates the problems with the … END_OF_DOCUMENT_TOKEN_TO_BE_REPLACED 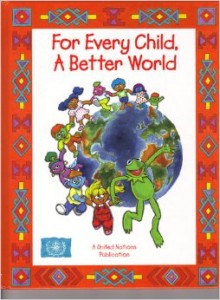 A Wisconsin school board member wants to ban a book written by Jim Henson in kindergarten classrooms because it’s too graphic about poverty. Their main concern is that the book features drawings of suffering children, including one of a kid living in a box in the rain.“I just have concerns that it’s too graphic, even though these are Muppets characters,” said school board … END_OF_DOCUMENT_TOKEN_TO_BE_REPLACED