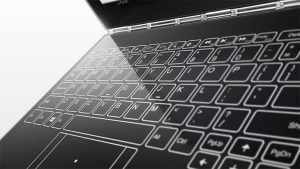 Lenovo has just released a brand new tablet that is tremendously innovate and unlike anything else. The tablet and capacitive keyboard are on a hinge and can be flipped around 360 degrees so you can use it like a tablet. The thing that impressed me the most was the magnetic notepad that allows you to remove the nib on the stylus and inject ink. You can attach the notepad to the … END_OF_DOCUMENT_TOKEN_TO_BE_REPLACED 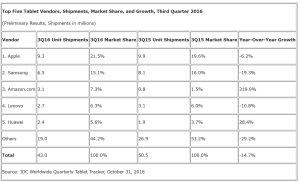 Amazon is quickly becoming a force to be reckoned with in the global tablet market. Over the course of this last year Fire tablet sales have increased by over 319.9%. This is primarily due to its Amazon Prime Day sale in early July that led to a huge surge in shipments of its Fire tablets.The new Fire HD 8 released in late September will likely perform well in the holiday … END_OF_DOCUMENT_TOKEN_TO_BE_REPLACED 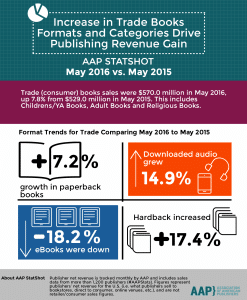 May was a terrible month for e-book sales and the format declined 18.3% in 2016 vs the same period last year. The same cannot be said about print, which saw increases across the board. Paperback books grew 7.2% and hardback books saw a big 17.4% uptake. The lone bright spot with digital was audiobooks, which continued their explosive growth and saw a 14.9% increase in … END_OF_DOCUMENT_TOKEN_TO_BE_REPLACED 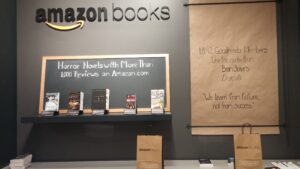 Amazon has just opened a brand new bookstore in the Washington Square Mall in Portland Oregon. This location is only 7,800 square feet, which is larger than some independent bookstores but much smaller than a typical Barnes & Noble. One of the great things about the Amazon experience is that all of the books are faced up, so you can really be sold on the cover … END_OF_DOCUMENT_TOKEN_TO_BE_REPLACED 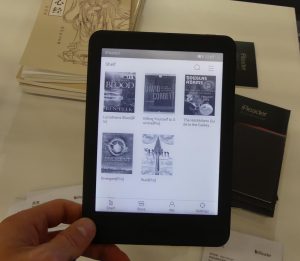 The iReader brand of e-readers is virtually unheard of in the North American market, but the company is a big deal in China. They have sold one million iReader devices in China and hold a 40% market share, with over 500 million registered users who regularly use their e-book reading apps for Android and iOS. A few weeks ago they unveiled the iReader 2 and it will not only be … END_OF_DOCUMENT_TOKEN_TO_BE_REPLACED 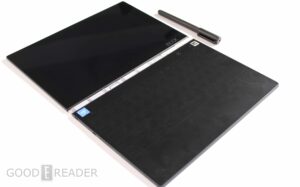 The Lenovo Yoga Book is unlike any other two-in-one Android tablet that we have ever seen. It comes with a capacitive keyboard, a stylus and deadly note taking functionality. One of the most compelling aspects about this device is that you can remove the nib from the stylus and put in one of the ink pens. You can then magnetically attach the notepad to the keyboard and whatever … END_OF_DOCUMENT_TOKEN_TO_BE_REPLACED 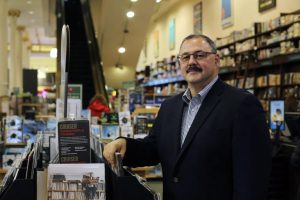 Libro.fm is a small audiobook company that first burst upon the scene in 2013. They have been selling their digital content directly to consumers but they are pivoting their business to allow independent bookstores to generate revenue and are going to soon be announcing a huge deal with the American Booksellers Association so 2,000 stores across the USA.Mark Pearson is the … END_OF_DOCUMENT_TOKEN_TO_BE_REPLACED 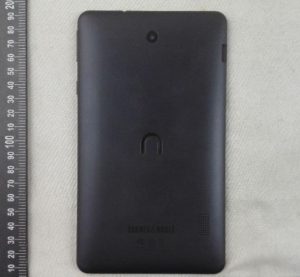 Barnes and Noble abandoned making their own tablets in 2013 and forged a relationship with Samsung to rebrand their devices. The Samsung for Nook line has been sold in all 600 bookselling locations for the last three years and it now looks like B&N wants more control over the hardware and it looks like they are back in the tablet game, designing their own … END_OF_DOCUMENT_TOKEN_TO_BE_REPLACED

It is almost the end of the year which means every bookseller and online retailer will be announcing their best books of 2016 lists. This is primarily done to draw attention to books you might have missed during the year, but also serve as a buying guide for the upcoming holidays. Today, Chapters/Indigo has just announced their list and it is spearheaded by by Canadian author … END_OF_DOCUMENT_TOKEN_TO_BE_REPLACED 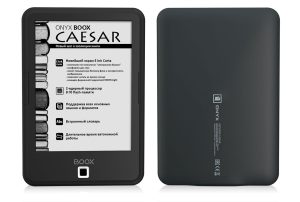 Onyx has announced a brand new e-reader that is a Russian exclusive. It features a six inch e-ink display with a resolution of 1024X768 and it does not have a touchscreen. Instead, you will have to navigate around with the D-Pad or the physical page turn buttons.The Onyx Boox Caesar has a dual core 1GHz processor and 512MB RAM. There is 8GB internal storage and a microSD … END_OF_DOCUMENT_TOKEN_TO_BE_REPLACED