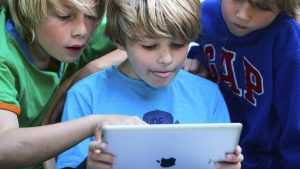 Children across the state of North Carolina have reason to celebrate their reading skills, thanks to a new initiative from the state library system and OverDrive. The program, launched by N.C. Public Library Directors Association, provides nearly four thousand ebooks, audiobooks, and read-along titles for young students, with more than 300 of the titles available for … END_OF_DOCUMENT_TOKEN_TO_BE_REPLACED 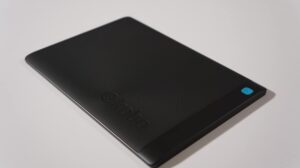 The Kobo Aura One is now available in Argos retail stores and also online. This is the first time this e-reader has been back in stock in the United Kingdom, since before Christmas. I suggest if you want to buy this device to do it right away because it is very likely it will be sold out in short order.The Kobo Aura One has been one of the most successful e-readers of all … END_OF_DOCUMENT_TOKEN_TO_BE_REPLACED 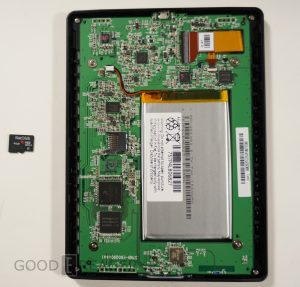 Over the course of the past few years e-reader companies have abandoned SD Cards and instead are relying on the cloud to deliver content to users devices. Amazon, Kobo, Barnes and Noble and a myriad of other companies have their own reasons why they no longer include expandable memory.Barnes and Noble used to make expandable memory a priority on their e-readers, but the … END_OF_DOCUMENT_TOKEN_TO_BE_REPLACED 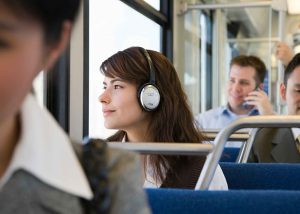 The audiobook industry has been experiencing double digit growth for the past three years. There is little to no data in regards to users listening patterns because companies such as Audible, Apple, Barnes and Noble, Findaway, Scribd and hundreds of others do not release this type of information. Luckily Audiobooks.com is bucking this trend and has just released some new data … END_OF_DOCUMENT_TOKEN_TO_BE_REPLACED 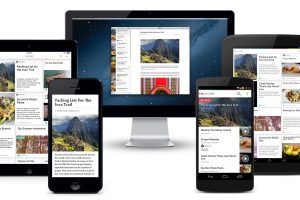 Mozilla, the developers of the Firefox internet browser has just purchased Pocket and their ten million users. This marks the first occasion that Mozilla has made a strategic acquisition and they intend on letting Pocket run as an autonomous entity.Pocket was founded in 2007 by Nate Weiner and the service allows users to bookmark articles, videos and other content to read … END_OF_DOCUMENT_TOKEN_TO_BE_REPLACED 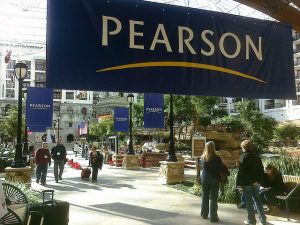 Pearson is the largest textbook distributor and publisher in the world and they have just recorded a $3.3 billion dollar loss.  This has forced them to take drastic steps to get their debt under control, such as selling key assets.Over the course of the past four years Pearson has seen declining revenue as students are renting textbooks from companies such as Amazon and … END_OF_DOCUMENT_TOKEN_TO_BE_REPLACED 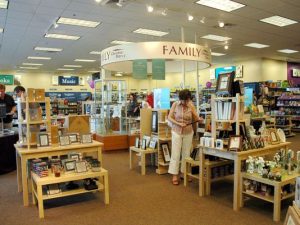 The largest chain of bookstores who primarily focuses on Christian books and merchandise is Family Christian. The bookseller filed for bankruptcy in 2015 and all 240 locations were operational during this period. The management had a board meeting last week and they voted to immediately close all of the retail outlets because they could not chart a path of profitability.In … END_OF_DOCUMENT_TOKEN_TO_BE_REPLACED 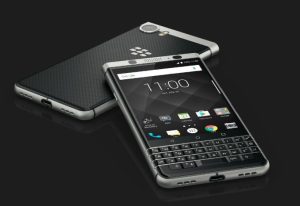 Blackberry has released their second smartphone in the last two years that has a fully functional QWERTY keyboard. Unlike the PRIV, this one does not slide out, instead the keyboard is very similar to the Blackberry Classic or the Blackberry Bold.The BlackBerry KeyOne features a 4.5 inch IPS screen with a resolution of , 1620 x 1080, a Qualcomm Snapdragon 625 processor, a … END_OF_DOCUMENT_TOKEN_TO_BE_REPLACED 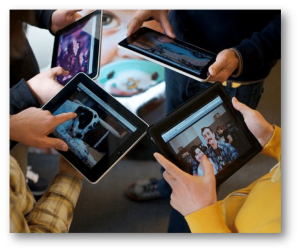 It’s no secret that the world is developing and moving faster and faster, and that new technology is both a result and a cause of this. More and more devices are interconnected to deliver smoother experiences to us, and the range of functions and capabilities on the tablets of today has made them essential tools for modern living.With powerful central processing units, … END_OF_DOCUMENT_TOKEN_TO_BE_REPLACED 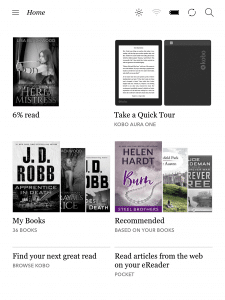 Kobo has pushed out a new firmware update for the vast majority of their e-readers that give users a new homescreen experience. It now shows bright and vibrant images of the books you are reading that look really good on higher resolution devices. There is also a direct link to the Kobo digital bookstore and instructions on how to use Pocket.Kobo rarely provides development … END_OF_DOCUMENT_TOKEN_TO_BE_REPLACED 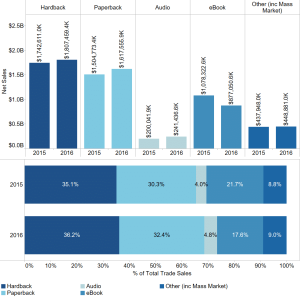 There is no denying that e-book sales continue to plummet in the United States,  as the novelty of the format continues to wane. Major publishers do not even bother breaking down digital sales in their financial reports anymore, instead they focus on print sales. The American Publishers Association has just released new data that verifies that audiobook sales are up, e-book … END_OF_DOCUMENT_TOKEN_TO_BE_REPLACED