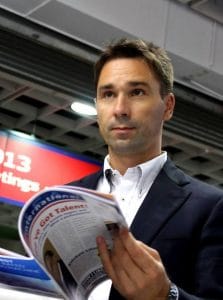 Over the course of the last twelve months PocketBook has strengthened its position in existing European markets. Their sales have doubled due to new partnerships they have struck with Euronics in Italy; Expert in Sweden and Norway; Media Markt in Netherlands, Germany and Hungary; plus, Auchan in France. Pocketbook is looking to expand into Asia within the next calendar year in … END_OF_DOCUMENT_TOKEN_TO_BE_REPLACED 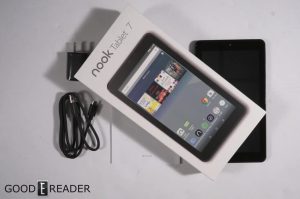 Barnes and Noble is gravitating their Nook section from the front of the store to the back. Hundreds of locations have already moved the entire display area and the rest will be doing it within the next few months.Relocating the entire Nook section to the back of the bookstore will have its drawbacks. It will result in fewer impulse buys and less e-readers and tablets will … END_OF_DOCUMENT_TOKEN_TO_BE_REPLACED

Google Play Books is having a Summer Sale that is providing 50-80 percent discount on hundreds of new and notable digital titles. There’s a wide variety of books to choose from, like thriller “The Freedom Broker,” romance novel “My Perfect Mistake” or sci-fi fantasy “Hellfire.” … END_OF_DOCUMENT_TOKEN_TO_BE_REPLACED

Amazon has just pushed out a new update for their flagship Android,  iPhone and iPad app that will allow users to share your Kindle notes and highlights to your friends and followers on Goodreads. There is also a new e-reading enhancement for Kindle books called ragged right. You can now read using left-aligned (ragged right) text instead of justified (aligned on both left and … END_OF_DOCUMENT_TOKEN_TO_BE_REPLACED 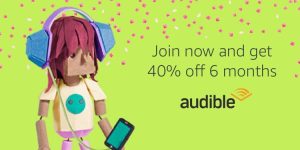 The third annual Amazon Prime Day is occurring on July Tuesday, July 11, 2017 with hundreds of thousands of deals exclusively for Prime members around the world. This is the first year Amazon is leveraging their Twitch acquisition to let them know they can subscribe to a streamer for free with Twitch Prime. If you use Twitch, you can get a free Overwatch Loot Crate and skins … END_OF_DOCUMENT_TOKEN_TO_BE_REPLACED 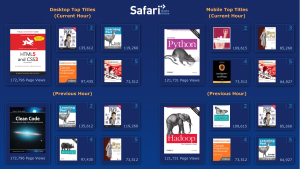 O'Reilly is closing their online digital bookstore and it is no longer possible to purchase e-books. They are going to be selling all of their new content and distributing it via Amazon and and other retailers. O'Reilly will continue to offer 400,000 e-books on their site, but you now have to purchase a monthly subscription for $39 per month or $399 for the entire year to read … END_OF_DOCUMENT_TOKEN_TO_BE_REPLACED

There is a new Humble Bundle available and this is a rare one that exclusively focuses on audiobooks. The overall premise is Hackers, Gamers & Geeks and it should make your commute easier. All of the audiobooks are in the MP3 and FLAC format and are completely DRM-Free, so you can easily copy them to any device you want. There are three tiers currently available and I would … END_OF_DOCUMENT_TOKEN_TO_BE_REPLACED 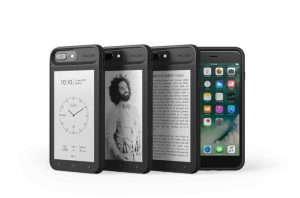 Oaxis has been developing E Ink cases for Android and iPhones for a number of years the company has just announced a new one for the iPhone 7 Plus. The i7 Plus now has the latest Carta 1.2 E Ink panel; the most advanced E Ink screen available in the industry. The contrast is vastly improved where white is brighter and black is darker, a huge improvement when compared to the E … END_OF_DOCUMENT_TOKEN_TO_BE_REPLACED

Over the course of the last three years, Kobo has been orchestrating a writing contest. It is exclusively available to Canadians, which is great because normally these types of things are only for writers based in the US. This year Kobo has selected three different genres; Literary Fiction, Speculative Fiction, and Non-Fiction categories and the authors will receive a $10,000 … END_OF_DOCUMENT_TOKEN_TO_BE_REPLACED 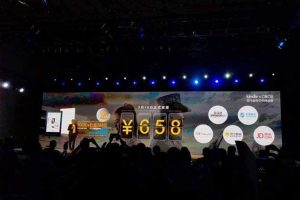 Amazon is trying to penetrate the Chinese market in a meaningful way and has partnered with Migu, a subsidiary of telecom operator China Mobile. The two sides have released a co-branded e-reader called the Kindle X Migu. Customers have the option to do business with Amazon and choose from over 476,000 digital titles or they can buy one of 400,000 e-books directly from Migu. … END_OF_DOCUMENT_TOKEN_TO_BE_REPLACED 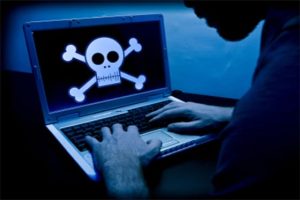 One of the largest pirate websites in Europe has been shut down by authorities. Lul.to has been raided and over 200,000 audiobooks, ebooks and digital newspapers have been seized by the police. According to the General Prosecutor’s Office, searches in several locations led to the discovery of around €55,000 in bitcoin, €100,000 in bank deposits, €10,000 in cash, plus a … END_OF_DOCUMENT_TOKEN_TO_BE_REPLACED