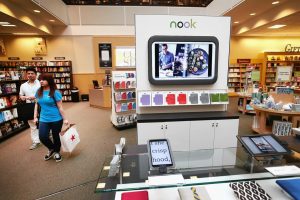 Barnes and Noble is going to release a brand new Nook e-Reader this week. This device was not designed by the bookseller, but was outsourced to an unknown company. Sources close to the situation have disclosed to Good e-Reader that it will be announced on Wednesday and will be available in all of their bookstores as soon as Thursday.The B&N Nook Glowlight 3 maintains a … END_OF_DOCUMENT_TOKEN_TO_BE_REPLACED 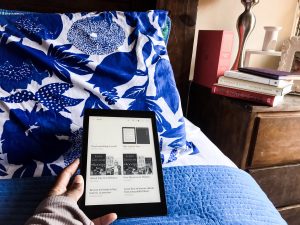 Kobo has announced that they are doing a limited production run of the Aura One with 32GB of internal memory. Readers can store up to 700 manga titles or up to 28,000 text-based eBooks. This device will be available to order on the main Kobo website on December 6th and will cost $279.99 US and will launch in Japan a few days later.Michael Tamblyn, CEO, Rakuten Kobo, said: … END_OF_DOCUMENT_TOKEN_TO_BE_REPLACED 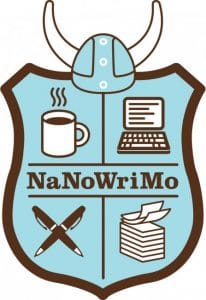 Ordinary folks may be stringing a few more fake cobwebs around the lamp post in preparation for Halloween tomorrow night, but die-hard authors--an anticipated 350,000 or so--are busy plotting and scheming against their characters and their plots.It's NaNo time again, or National Novel Writing Month. If there's anyone left, book lover or author alike, who's never heard of … END_OF_DOCUMENT_TOKEN_TO_BE_REPLACED 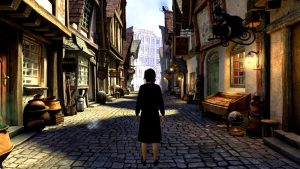 The beloved fan site Pottermore announced this week that it's bringing the eye-catching art behind the appeal of the fantastical web experience to physical works of art. More than forty pieces are already available for purchase through the site's shop, including images from Creature Chaos and Fantastic Beasts and Where to Find Them.“These products have been carefully … END_OF_DOCUMENT_TOKEN_TO_BE_REPLACED 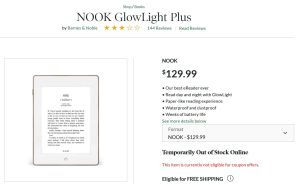 Barnes and Noble has quietly discontinued the Nook Glowlight Plus. The bookseller is only selling refurbished models on their website and many of their retail locations are no longer carrying the e-reader. Normally when something like this happens it is an indication that a new device is on its way but the CEO recently stated that they are getting out of the tech … END_OF_DOCUMENT_TOKEN_TO_BE_REPLACED 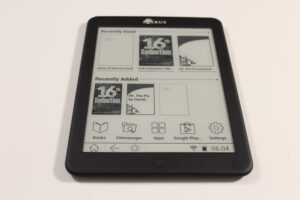 Icarus has released a brand new e-reader that might be the best one they have ever made. The screen is the perfect size for digital reading and Google Play allows users to install any app they want. This device has the perfect blend of screen size and hardware performance.HardwareThe Icarus XL HD features a 7.8 inch E INk Carta display with Regal Waveform. The … END_OF_DOCUMENT_TOKEN_TO_BE_REPLACED 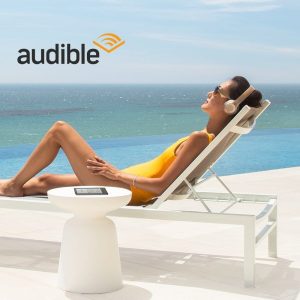 Amazon is preparing a firmware update that will allow users to purchase audiobooks directly from Audible and listen to them on the Kindle. The first generation Kindle Oasis and entry level $79 Kindle will unlock the Bluetooth chip and introduce an audiobook player. These two models do not have a headphone jack but you will be able to hook up a pair of bluetooth headphones or a … END_OF_DOCUMENT_TOKEN_TO_BE_REPLACED 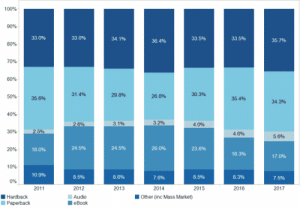 In the first six months of 2017 e-book sales have more or less stabilized. The publishing industry generated $555.7 million in sales, down $26.8 million from the same period last year.  Audiobooks continue to be be financially lucrative, but they have a long way to go before they make the type of money that e-books do. Downloaded audio had $157.7 million in sales, up $38.2 … END_OF_DOCUMENT_TOKEN_TO_BE_REPLACED 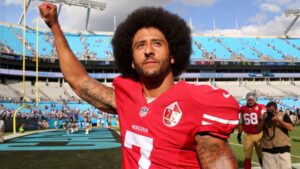 Score one for the good guys... Page Six has just announced that former NFL quarterback Colin Kaepernick has signed a reportedly one million dollar book deal with an imprint of Random House, One World. This announcement comes days after there was speculation surrounding an attempt to shop the book to publishers.Kaepernick has become a household name, and unfortunately, it's … END_OF_DOCUMENT_TOKEN_TO_BE_REPLACED 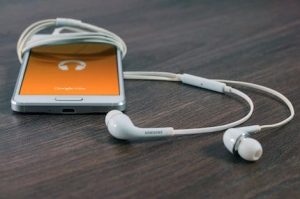 Publishers in the United Kingdom are generating significant revenue when it comes to digital books, but audiobooks still have a long way to go.  Just over half of UK publishers have seen growth in revenue from digital sales in the last year and ebooks now account for 33% of total sales.One in four publishers saw the biggest year-on-year growth from audio, many publishers … END_OF_DOCUMENT_TOKEN_TO_BE_REPLACED 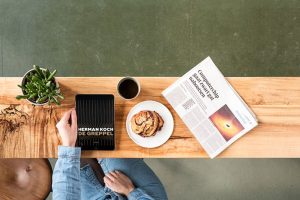 Kobo Plus is an unlimited e-book subscription service that is only available in the Netherlands and lately they have been able to get a number of exclusives. In the name of the father is a new e-book from by thrillist Linda Jansma and a number of titles by author Willem Asman are both exclusively available on Kobo Plus and this is pissing off local booksellers.The Paagman … END_OF_DOCUMENT_TOKEN_TO_BE_REPLACED