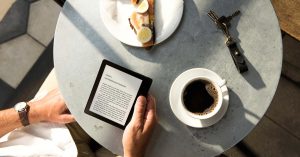 Amazon announced today that they will no longer allow Australians to buy digital content through their US portal and are forcing everyone to use the dedicated Australian page. Hundreds of thousands of customers will lose access to their ebooks on July 1st because Amazon does not allow customers to transfer Kindle purchases from one country to another.In a statement issued … END_OF_DOCUMENT_TOKEN_TO_BE_REPLACED 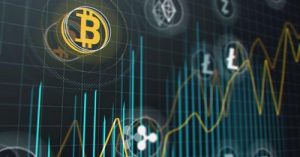 Digital book stores accept all major credit cards and the odd one lets you pay for audiobooks or ebooks via Paypal. Will there be a future in these outlets allowing people to pay in various Cryptocurrencies? It is doubtful that Amazon or Barnes and Noble will allow you to buy Kindle or Nook books with them anytime soon, but Openbaazar allows you to open your own store and sell … END_OF_DOCUMENT_TOKEN_TO_BE_REPLACED 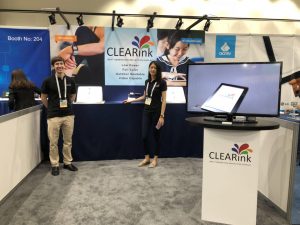 CLEARink has just received ten million dollars from an unknown company to produce 9.7 inch color e-paper displays. The CLEARink tablet displays will feature up to 50% larger form factors than conventional reflective tablets, high resolution, video and colour. The devices will be targeted at the large tablet market, where consumers today have to choose between the 1 day battery … END_OF_DOCUMENT_TOKEN_TO_BE_REPLACED 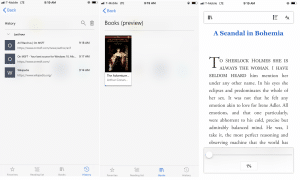 The Microsoft Edge browser for the iPad and iPhone can now read ebooks you have purchased from the Microsoft Bookstore. This app is considered to be in preview mode, so it lacks most of the functionality as the main desktop version, such as TTS and Cortana.The only thing the new Edge browser does well is change the size of the font and the font type. Unfortunately, things … END_OF_DOCUMENT_TOKEN_TO_BE_REPLACED 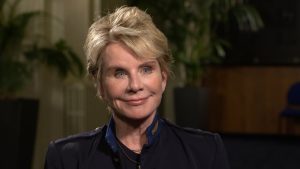 Patricia Cornwell has just signed a two book deal with Thomas & Mercer, an imprint of Amazon Publishing. The first title is called Quantum and it weaves military action, espionage, and space age technology into the story of a young NASA test pilot/aerospace engineer, Captain Calli Chase, whose quest to uncover the secrets behind her fighter pilot twin sister’s murder takes her … END_OF_DOCUMENT_TOKEN_TO_BE_REPLACED 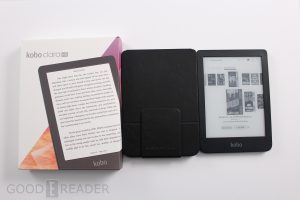 The Kobo Clara HD is a brand new six inch e-Reader that is the spiritual successor of the Kobo Aura Edition 2 and the Kobo Glo HD. It has a front-lit display so you can read in the dark and the same Comfortlight PRO orange LED system as the Kobo Aura One employs. The 300 PPI screen makes cover art and text look razer sharp, this is primarily due to new firmware this device … END_OF_DOCUMENT_TOKEN_TO_BE_REPLACED 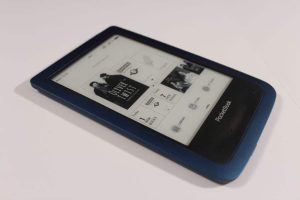 Pocketbook has just issued a new firmware update for the Aqua 2, InkPad 3, and Touch HD that adds gesture controls to adjust the luminosity of the front-lit display and color temperature. When you are reading an ebook you can drag your finger up or down on the left side of the screen and it will increase or decrease the amount of light. This can be accomplished when the … END_OF_DOCUMENT_TOKEN_TO_BE_REPLACED 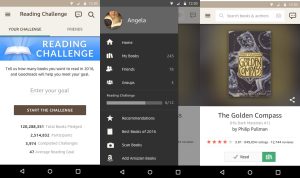 GoodReads is the largest social book community in the world. You can talk about books with your friends or track your yearly reading goals. Amazon owns them and you can access Goodreads on any Kindle e-Reader. Goodreads has just launched a new beta Android app that that will eventually replace the current Android app in the Google Play store.The GoodReads BETA app was … END_OF_DOCUMENT_TOKEN_TO_BE_REPLACED

Bill Gates has been doing his annual summer reading list since 2012.  The billionaire bookworm always reads a few books a month and a bunch when he is on vacation. The underlying theme of Gates' 2018 summer book list is that they all "wrestle with big questions," the self-made billionaire and Microsoft co-founder writes. "What makes a genius tick? Why do bad things happen to … END_OF_DOCUMENT_TOKEN_TO_BE_REPLACED 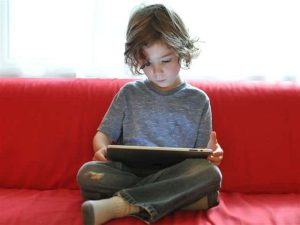 The publishing industry has changed a lot for kids since the early days of Beatrix Potter's beloved animals and the Dick, Jane, and Spot books that plagued every primary school in the US. We've transitioned from calm books about very well behaved children to superheros who fly around in their underwear and protagonists who save the day with rancid flatulence. It might be … END_OF_DOCUMENT_TOKEN_TO_BE_REPLACED 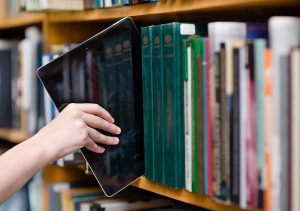 Libraries in the United States add 30,000 new card registrations in the first four months of 2018.  This is due to the Overdrive Libby app which recently added the ability for patrons to apply for a digital library card, without having to visit the branch.Here is how the online signup process works; Libby confirms a new patron’s residency and eligibility for a library card … END_OF_DOCUMENT_TOKEN_TO_BE_REPLACED