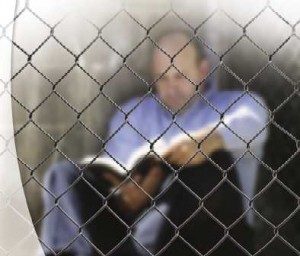 The Pennsylvania Department of Corrections is drawing criticism for a recent regulation that will ban anyone--including established literacy organizations and charities--from donating print books to incarcerated individuals. Instead, the DOC requires that all inmates read only content already contained in the prison library or on tablets that the inmates must purchase and pay … END_OF_DOCUMENT_TOKEN_TO_BE_REPLACED 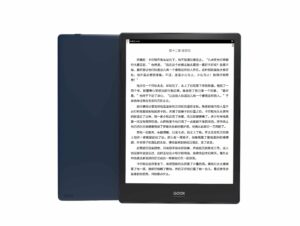 The Onyx Boox Note Lite is a dedicated ebook reader. It does have an active digitizer or come with a stylus. The big selling points is the 10.3 inch capacitive touchscreen display and the great hardware that ensures a robust Android experience.HardwareThe Onyx Boox Note Lite features a 10.3 inch E-ink Carta display and a resolution of 1872×1404 and 227 PPI. This … END_OF_DOCUMENT_TOKEN_TO_BE_REPLACED 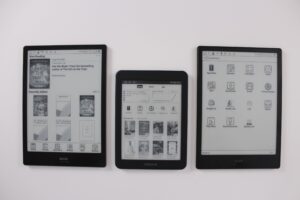 There are numerous brands in China, Europe and North America that develop e-readers. Some of them release a few new models a year and others tend to have just a few flagship models that are refreshed every two or there years. What e-reader companies will be around for the next few years and worth investing in their ecosystem?There are dozens of e-reader companies that went … END_OF_DOCUMENT_TOKEN_TO_BE_REPLACED 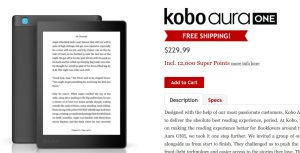 Kobo e-readers sold on their Canadian and US website now come with bonus Super Points. The Kobo Aura One gives you 12,000 points,  Kobo H2o has 9,000 points and the Clara HD has a respectable 6,000.  Super Points can be redeemed for ebooks from self-published titles via Writing Life or big publishers, but these require more points for redemption.Kobo Super Points is a … END_OF_DOCUMENT_TOKEN_TO_BE_REPLACED 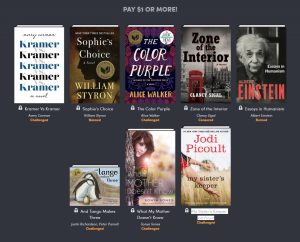 Humble Bundle is running a new campaign for banned and challenged books. There are 22 titles that are available and if you buy the whole thing for $15, the combined savings is over $250. There are some famous and important works here, including Alice Walker's The Color Purple, William Styron's Sophie's Choice and Hubert Selby Jr.'s Last Exit to Brooklyn. You also get Jeff … END_OF_DOCUMENT_TOKEN_TO_BE_REPLACED 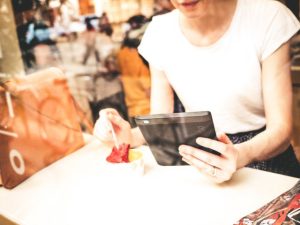 2018 has been a banner year for e-readers and more devices were released than any other year. There are a number of new and notable devices that have been released in the past six months such as the Kobo Clara HD, Boyue Likebook Mars, Onyx Boox Note, Sony Digital Paper DPT-CP1 and a myriad of others from companies like Pocketbook, Icarus and Arta Tech. Between now and the end … END_OF_DOCUMENT_TOKEN_TO_BE_REPLACED 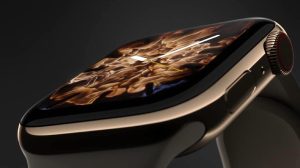 Audible is releasing an update to the Audible App that will allow Apple Watch users to enjoy Audible directly from their devices. This is made possible by Apple’s new operating system, watchOS 5.  With the new update, watch users can sync Audible books from their libraries to their watches; play Audible books on the go via Bluetooth; and control playback from the watch face – … END_OF_DOCUMENT_TOKEN_TO_BE_REPLACED

Kobo has just added Apple Carplay integration for their app and it now allows drivers to listen to audiobooks while on the road. The audiobooks have to be downloaded to an iPhone beforehand, they cannot be streamed or downloaded via the infotainment system.Kobo initially launched their audiobook store late last year. The platform has two different revenue models, one is a … END_OF_DOCUMENT_TOKEN_TO_BE_REPLACED 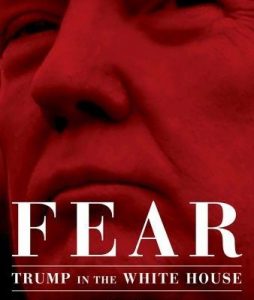 You'd think Simon & Schuster might have thought twice about trying to get political after the fiasco of attempting to publish the vapid, pointless, hate-mongering memoir of the self-professed creator of the alt-right movement, but luckily for the publisher, their latest venture didn't tank like the Milo Yiannopoulos book. Instead, Watergate reporter Bob Woodward's … END_OF_DOCUMENT_TOKEN_TO_BE_REPLACED 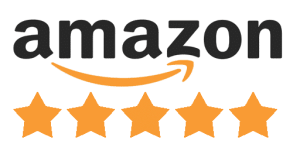 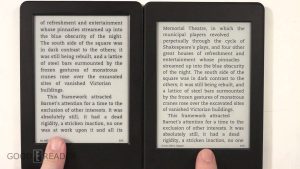 Amazon is running their monthly sale on Kindle e-readers and this one is only available for Prime Members who reside in the United States. The entry level Kindle is regularly $79 and is on sale for $49. The Paperwhite normally retails for $119, but can be yours for $79. These deals are only for the Special Offers variant, which has advertisements on the sleep and lock … END_OF_DOCUMENT_TOKEN_TO_BE_REPLACED