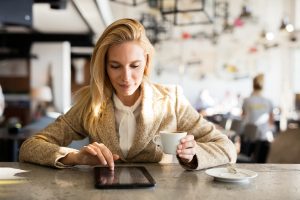 Harlequin is changing their approach to digital rights management with ebooks purchased on their main website. They are getting rid of Adobe Digital Editions and going with the Overdrive DRM, this means that you will no longer be able to sideload any of these ebooks into your e-reader and you must download the Overdrive app. Local backups will not be possible and all of the … END_OF_DOCUMENT_TOKEN_TO_BE_REPLACED 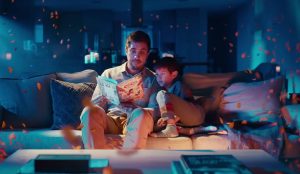 Google and Disney have just unveiled a new partnership that will add sound effects and music to Little Golden Books played on the Home Speaker system. Available books include new favorites like Moana, Toy Story 3, Coco and Jack Jack Attack, as well as timeless classics like Peter Pan, Cinderella, Alice in Wonderland, The Three Little Pigs and Mickey Mouse and his Spaceship. To … END_OF_DOCUMENT_TOKEN_TO_BE_REPLACED 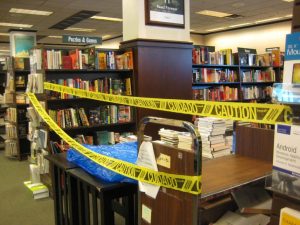 Barnes and Noble is a company that needs to sell more books and generate meaningful revenue from their Nook division. Instead, they are mired in controversy with recently fired CEO Demos Parneros.Barnes and Noble CEO Demos Parneros was fired in July for breaking company policies and he did not receive any severance pay. The bookseller did not disclose at the time why he was … END_OF_DOCUMENT_TOKEN_TO_BE_REPLACED

Onyx has been using the same UI on all of the devices for many years and the company is on the verge is a total redesign. Firmware 2.0 is a fairly innovative upgrade with a variety of new functionalities including new UI, book store, 30% speed increase of opening PDF files, better two-page spread management, handwriting search & edit, bluetooth keyboard input on notes, app … END_OF_DOCUMENT_TOKEN_TO_BE_REPLACED 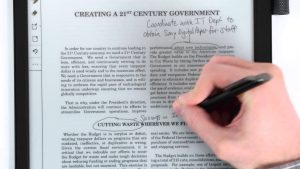 Sony has finalized development of a new Digital Paper digital note taking device and it will be released sometime in the next six months. It will feature a 13.3 inch screen and will be a replacement for the DPT-RP1 that came out last year.Rumors in the upstream supply chain suggest that the new Digital Paper will have an E Ink Carta and a Mobius screen. Internal storage … END_OF_DOCUMENT_TOKEN_TO_BE_REPLACED In the first nine months of the year ebook sales have declined 3.9% and generated over $770.9 million dollars. People are still buying the digital format of course, but the real money is with hardcover and paperback novels. The hardback format saw an increase of $1.9 billion dollars (6.2%) over 2017 and mass market and paperback books made $1,976.0 billion dollars (2.2%) from … END_OF_DOCUMENT_TOKEN_TO_BE_REPLACED Amazon is going to be releasing their eagerly anticipated Kindle Paperwhite 4 this week. It is going to be available in most major markets right away, such as Canada, United States and the United Kingdom on November 7th. The big selling points is that it has double the amount of storage from previous models and is waterproof. Amazon is not really promoting it, but this device … END_OF_DOCUMENT_TOKEN_TO_BE_REPLACED Google is working on a monthly subscription package that will offer hundreds of paid apps for free.  The program is tentatively named  the "Play Pass" app subscription service and it was discovered by XDA deconstruction of the recent Google Play Store update. There are few lines of code, but one clearly references “PLAYPASS_SUBSCRIPTION.”It would be quite interesting for … END_OF_DOCUMENT_TOKEN_TO_BE_REPLACED Microsoft Research has been conducting tests with E Ink for the past few years. The company has just developed a new case with an E Ink that did not include a touch-layer, Microsoft Research also envisioned scenarios in which the cover did support touch, providing additional functionality such as using the secondary screen as a keyboard, or as extra screen space for apps like … END_OF_DOCUMENT_TOKEN_TO_BE_REPLACED 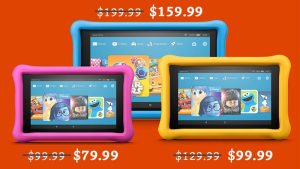 Amazon is having a massive sale in the United States for their entire tablet portfolio, which includes the kids editions too. The deals range from $10 to $20 in saving and the kids editions are marked down even further. All Kids Edition tablets are identical to Amazon’s regular tablets expect they come with no lock screen ads, a 2-year replacement guarantee if they break, a … END_OF_DOCUMENT_TOKEN_TO_BE_REPLACED 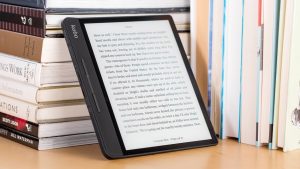 The Kobo Forma is the latest flagship e-reader and it became available last week. This new e-reader has a bold new design and can be considered the spiritual successor of the Kobo Aura One. The software and hardware brings a lot to the table and there is tons of interest from serious readers all over the world on this device. Will you buy it?The Kobo Forma has a giant … END_OF_DOCUMENT_TOKEN_TO_BE_REPLACED