The Kobo WIFI was the second e-reader that Kobo ever made and it is officially discontinued today.  It will no longer be able to access the online bookstore, so new titles cannot be purchased.  There will also be no firmware updates ever again for this device. Although ebooks you currently have on the WIFI will continue to be read, as are ebooks you sideload.Kobo did this … END_OF_DOCUMENT_TOKEN_TO_BE_REPLACED 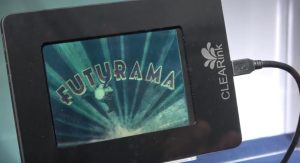 It looks like we are getting closer to having a viable product with a Clearink display. It was announced today that Tianma, the leader in electronic display manufacturing has signed a Memorandum of Understanding to establish a partnership framework for developing CLEARink’s patented ePaper 2.0 displays. Under the partnership framework, Tianma will develop TFT backplane and … END_OF_DOCUMENT_TOKEN_TO_BE_REPLACED 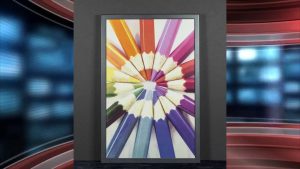 Millions of people are clambering for a full color e-reader, but it isn't going to be a reality anytime soon. Various companies have spent a copious amount of money developing screen tech, but it failed to catch on. This is a shame because digital comics, magazines and newspapers would look glorious on a large screen color e-reader. There is a demand, people want it, but where … END_OF_DOCUMENT_TOKEN_TO_BE_REPLACED 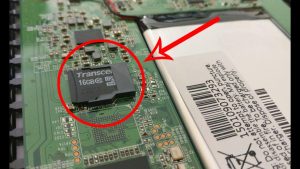 Amazon, Barnes and Noble and Kobo  have abandoned on-board SD cards and these three brands represent the vast majority of e-reader sales in North America. In Europe and China many e-reader brands have also removed support for SD cards, this is evident with most of Onyx Boox's new devices and ditto with Tolino and Pocketbook. Boyue seems to be the only one that continues to … END_OF_DOCUMENT_TOKEN_TO_BE_REPLACED 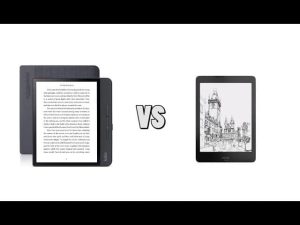 These two e-readers have a fair bit in common. The Onyx Boox Nova and Kobo Forma basically have the same screen size and you get a good ebook experience with 300 PPI. There is no SD card on either of the two devices, so you have to make do. The Forma has two different storage options: 8GB and 32GB, while the Nova just has a 32GB version. What e-reader is better? Read on to find … END_OF_DOCUMENT_TOKEN_TO_BE_REPLACED 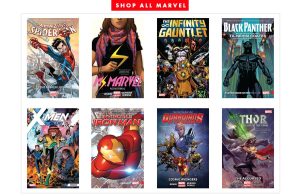 Overdrive has had Marvel Comics in their system for a number of years and they have only been available for the Kindle and EPUB/PDF. The Rakuten company is now offering another option, in your internet browser. Starting today you can now use Overdrive Read to view comics in this manner. It works via mobile or on your MAC/PC.Overdrive does not offer single issues for their … END_OF_DOCUMENT_TOKEN_TO_BE_REPLACED 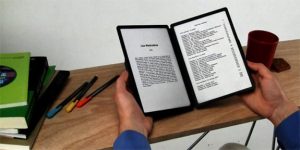 Samsung and a number of other companies are working on or have announced foldable phones. They are around the same size of a smartphone, but can be unfolded to be the size of a tablet. TCL has just developed DragonHinge technology that acts as a mechanical housing for foldables “allowing them to fold and bend in support of a variety of use cases.” Meanwhile LG has just … END_OF_DOCUMENT_TOKEN_TO_BE_REPLACED 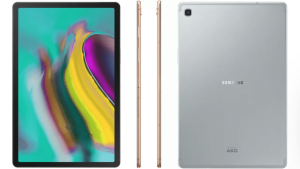 The Galaxy Tab S5e is the first Samsung branded tablet of 2019 and it is quite powerful. It might encourage people to buy it as a multimedia player or an ebook reader.The Tab S5e features a 10.5 inch WQXGA Super AMOLED screen with a resolution of 2560 x 1600 and a 16:9 aspect ratio. Underneath the hood is a Snapdragon 670 octa-core processor, up to 6GB of memory and 128GB … END_OF_DOCUMENT_TOKEN_TO_BE_REPLACED 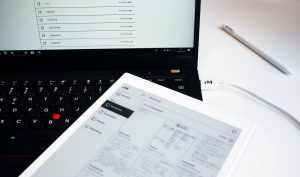 Over the course of the past four years the e-reader industry has taught us that large screen e-readers are in demand. The Onyx Boox Note, Remarkable, Sony Digital Paper and Boyue Mimas have been selling like crazy and there is a huge demand for these products. The upcoming Wiskey EE Write Pad has received a ton of attention for a first time product and I believe this will be … END_OF_DOCUMENT_TOKEN_TO_BE_REPLACED 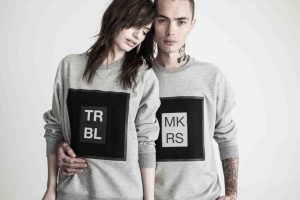 E Ink is primarily found on e-readers, but increasingly the e-Paper technology is found in clothing. There is an dress, shoes and now a t-shirt.wearTRBL is the company behind the new shirt and and it features an E Ink display. You can change the image on the panel via Bluetooth and a mobile app. This is similar to how the Sony FES Watch U functions with their mobile app, … END_OF_DOCUMENT_TOKEN_TO_BE_REPLACED 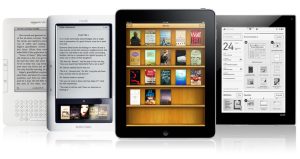 Although the question of whether to buy a tablet or an e-reader has been with us since the day the first e-readers were released, the answer used to be very simple. There was a huge gap in price between the average tablet and the average e-reader, with e-readers coming out cheaper every time. If your primary motivation for having a handheld device was to read, then it made no … END_OF_DOCUMENT_TOKEN_TO_BE_REPLACED