Barnes and Noble might have unceremoniously discontinued their Nook e-reading app for Windows 10. This was the last piece of software the bookseller operated that allows you to read books on your computer.  The app has been unavailable to download for the past couple of weeks and if you go to the product listing page, it says it is currently unavailable. It continues to … END_OF_DOCUMENT_TOKEN_TO_BE_REPLACED

Kobo's flagship e-reader is the Forma. This device has the largest screen ever made and also has Overdrive integration and also Dropbox, to access all of your ebooks stored in the cloud.  There are two different storage variations, the 8GB model and 32GB. Many of Kobos global retailing partners in the United States, Canada and around the world are all sold out of the 32GB … END_OF_DOCUMENT_TOKEN_TO_BE_REPLACED

Scribd is no stranger to bundling various subscription systems. The unlimited audiobook and ebook company unveiled a Scribd and New York Times pairing for $12.99 per month and also one with Spotify. This week, Scribd has just launched a pairing with a number of niche services.Scribd Perks is an $8.99 supplementary addon that gives users access to Pandora Plus (ad-free music … END_OF_DOCUMENT_TOKEN_TO_BE_REPLACED 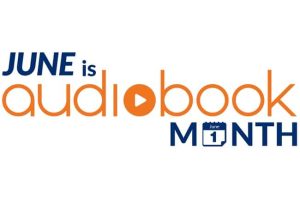 June is audiobook month and this occurs every year. Over the course of the entire month, online retailers offer plenty of promotional discounts. The Audiobook Publishers Association is running a 30 day challenge on Instagram for a bevy of prizes. This post will be updated as the deals start rolling in.AudibleAnother 40 audiobook titles have just landed completely free … END_OF_DOCUMENT_TOKEN_TO_BE_REPLACED 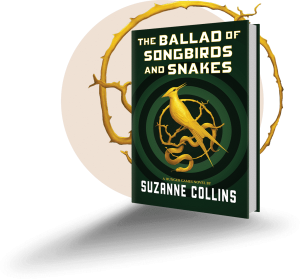 The Ballad of Songbirds and Snakes was released on May 19th and sold 500,000 copies in the first week and in the second week, 270,000 copies were sold. This total stems from audiobook, ebook and hardcover sales. This is actually pretty huge news, because many bookstores were still closed, which means most of these orders were made online.The novel is set in the world of … END_OF_DOCUMENT_TOKEN_TO_BE_REPLACED 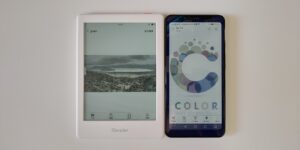 E Ink has new color e-paper technology that is coming to a bunch of new e-readers and smartphones later this year. The Hisense A5C is the only color e-paper smartphone that is available to purchase and ditto with the iReader C6, although it is only available in China. The purpose of this review is to give you a sense on how a color smartphone compares to a color e-reader. This … END_OF_DOCUMENT_TOKEN_TO_BE_REPLACED

Pocketbook has been in the e-reader business a very long time and to buy one of their products, the only way to do it in the United States was to buy from Good e-Reader. The company has just secured distribution rights to Newegg to sell their older ebook readers.Pocketbook is selling their InkPad 3 Pro for $279 and the InkPad X for $449. These are their premium devices that … END_OF_DOCUMENT_TOKEN_TO_BE_REPLACED 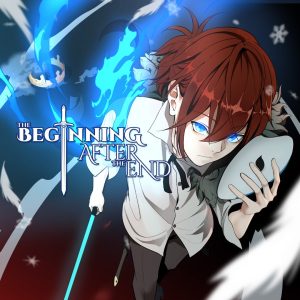 Podium is an audio-first entertainment studio that finances, develops, produces and distributes immersive audio content. It gained international notice for turning unknown author Andy Weir’s e-book The Martian into the most successful audiobook in the world. The company has published 1,300 audiobooks and 50 of them have become bestsellers. The company has partnered with Tapas … END_OF_DOCUMENT_TOKEN_TO_BE_REPLACED 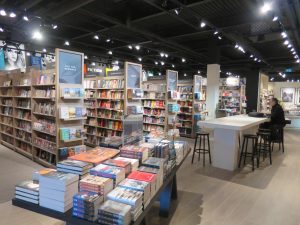 Indigo Books have been shuttered since early March and they are reopening over 130 bookstores in Canada and the rest will open their doors in phases. If you are looking to buy a new book, it is important to note that Indigo is limiting store capacity to ensure physical distancing, enhancing cleaning protocols, offer hand sanitizer in-store, contactless pay methods and having … END_OF_DOCUMENT_TOKEN_TO_BE_REPLACED 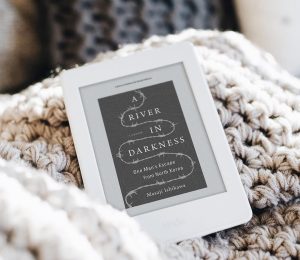 Amazon Kindle Unlimited is a subscription system where users get access to over a million audiobooks, ebooks, graphic novels and magazines. The cost is normally around  9.99 per month and obviously there are enough paid subs to make the platform worth maintaining. Lately, Amazon has been leveraging free subscriptions with the purchase of a new Kindle e-reader, is Kindle … END_OF_DOCUMENT_TOKEN_TO_BE_REPLACED 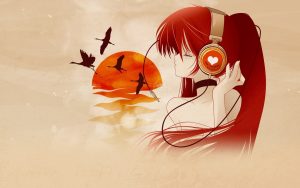 Bookstores and libraries all over the world have closed and this has led to a boom in online sales. Audiobooks in particular have been doing very well. In the United States there was a 15.1% increase in sales, compared to March of last year, reaching $50 million in revenue. Within the Downloaded Audio format, Children’s Books jumped 46.6% during the month, and 25.9% … END_OF_DOCUMENT_TOKEN_TO_BE_REPLACED