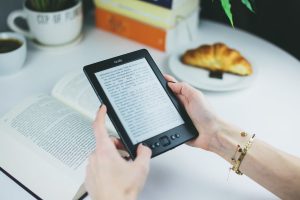 Amazon is running a promotion for hundreds of popular ebooks by authors you know, for 80% off today. This is a limited promotion, at the time of writing there is only 13 hours left to take advantage. Most of the books are on sale for as little as 0.99 and range to a couple of dollars. There is also dozens of digital and print magazines that can be subscribed to.All of the … END_OF_DOCUMENT_TOKEN_TO_BE_REPLACED 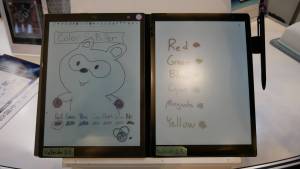 Linfiny is a partnership between E INK, the company responsible for the e-paper that powers virtually every single e-reader and digital note taking device in the world, and Sony, who has a storied history with their e-readers and Digital Paper line of e-notes. Linfiny has unveiled a new Digital Paper DPT-CP1 Version 2, which is a color digital note taking device. It is … END_OF_DOCUMENT_TOKEN_TO_BE_REPLACED

Linfiny is a partnership between E INK and Sony, Linfiny has developed two new Digital Paper models, a 10.3 and 13.3 inch models. They are using a new E INK Carta 1250 technology and a new WACOM screen. The specs have been increased from the previous generation.  The company confirmed with Good e-Reader that they are looking for OEM partners to whitelabel the design, previous … END_OF_DOCUMENT_TOKEN_TO_BE_REPLACED 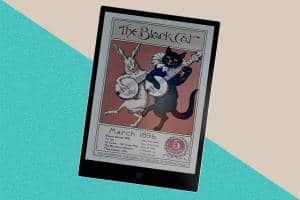 E INK has been developing E INK Carta 1250 for three years and it will be available this summer. This version of Carta is a thinner film to enable the color filter to be closer to the ink film. This will result in even richer colors a wider gamut and higher contrast ratio. It also leverages the same updates of Carta 1200, which is a faster ink, enabling faster page turns and … END_OF_DOCUMENT_TOKEN_TO_BE_REPLACED 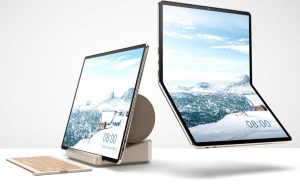 After foldable phones, it is now the turn of the laptops to get the same treatment. It is the Wistron Foldbook that is being referred to here that impresses both with its size as well as the flexible form factor.To begin with, it is a tablet, and a massive one at that with its 17-inch display. However, it is designed to fold across the middle, post which, what you have is a … END_OF_DOCUMENT_TOKEN_TO_BE_REPLACED 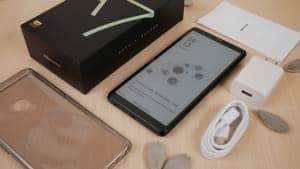 The Hisense A7 CC is a brand new smartphone that just got released a couple of days ago. This device has ultra-fast 5G internet and a wide network of bands that it supports, so it will be usable internationally. This phone blurs the line between e-reader and smartphone, with the giant 6.7 inch screen, which is ideal for reading news, checking out the latest ebooks or playing … END_OF_DOCUMENT_TOKEN_TO_BE_REPLACED

Linfiny is a joint partnership between E INK and Sony and the two sides announced that they have developed two new digital note taking devices or e-notes. The 10.3 and a 13.3 displays will utilize a brand E Ink Carta 1250, which is reserved just for these products. This screen technology will result in a higher contrast ratio and faster page turns and improvements in pen … END_OF_DOCUMENT_TOKEN_TO_BE_REPLACED 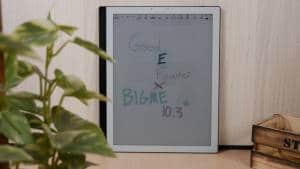 The Bigme B1 Pro is the world's first E INK device that has a 10.3 inch screen and has a great digital note taking experience. This extra large display is what people have been waiting for, since it is ideal for comics, magazines and newspapers. Bigme is a relatively new brand to the e-reader space, and this is their first commercial product. It is only available in the Chinese … END_OF_DOCUMENT_TOKEN_TO_BE_REPLACED 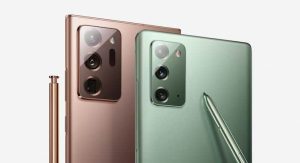 Think of a smartphone with an integrated stylus and chances are that the Samsung Galaxy Note series will hit you first. That's a pretty good choice too. In fact, that's the best choice you have given that there isn't any other option to fall back on, at least not when you'd like to keep yourself confined to the flagship phone realm.That again makes for an intriguing … END_OF_DOCUMENT_TOKEN_TO_BE_REPLACED 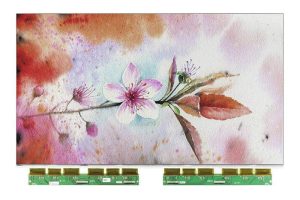 E INK is directly selling a 31.2 inch Triton e-paper screen. It utilizes a reflective electrophoretic technology display module based on TFT active matrix with color filter design. The resolution is 2560 x 1440 pixels, the display is capable to display 4096 colors depending on the display controller and the associated waveform file it used. There are a few applications that can … END_OF_DOCUMENT_TOKEN_TO_BE_REPLACED 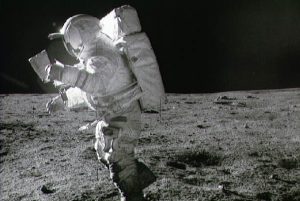 This has certainly been a big month for space exploration and advancements, with NASA's Perseverance rover, China's Tianwen-1, and the United Arab Emirates' Hope all reaching Mars this month. and , but a new piece of space news will have bookworms rejoicing: ebooks are going where no books have gone before... and so are some book reviews!It all started when Astrobotic and … END_OF_DOCUMENT_TOKEN_TO_BE_REPLACED