You are here: Home / Archives for Book Expo America 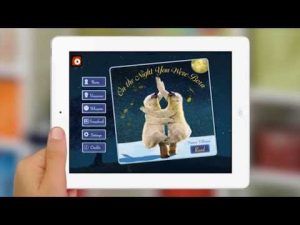 Now that school is out for most of the country, there's a honeymoon period of sorts in which many kids don't have to get up early and can watch as much TV as humanly possible. But somewhere along the way, parents look at their kids--whose bodies seem to have actually fused to the couch--and want them to spend a little time engaged in something else.Summer reading programs … END_OF_DOCUMENT_TOKEN_TO_BE_REPLACED

BookExpo America is the largest North American publishing event and it has grown to encompass nearly every aspect of the book industry. From dedicated book blogger events and author book signings to digital business conferences and platform launches, if it involves books in any way, it happens at BookExpo.This year, Good e-Reader came across a number of platforms whose … END_OF_DOCUMENT_TOKEN_TO_BE_REPLACED 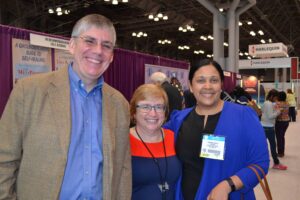 Author Rick Riordan and Hachette's Vanessa Vazquez met up with the team from Disney Digital Publishing while the author was discussing an exciting new project coming up that will coincide with Riordan's bestselling Percy Jackson series.FastPencil's Steve Wilson displaying their IDPF Innovation Award for their streamlined ebook creation and distribution … END_OF_DOCUMENT_TOKEN_TO_BE_REPLACED 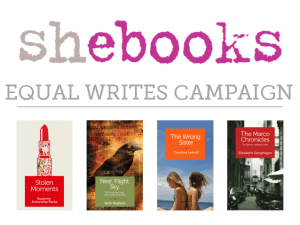 With so many demands on time and rigid scheduling, it can be difficult to find time for reading. As studies have shown, the average US consumer reads less than six books per year. But one company has worked to make accessibility to convenient reading more widespread, thanks to ebooks.Shebooks is a short-form ebook service that offers stand-alone sales and subscription … END_OF_DOCUMENT_TOKEN_TO_BE_REPLACED

Even as self-publishing experiences a greater degree than ever before of respect and acceptance within the publishing industry, there are a number of doors that are still closed to these worthy authors and their works. Many major news outlets refuse to review self-published books, even by authors who were traditionally published in the past or who have achieved a measure of … END_OF_DOCUMENT_TOKEN_TO_BE_REPLACED 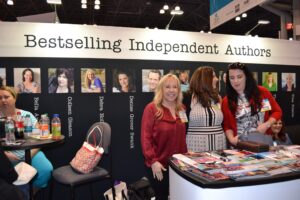 IndieReader, the essential consumer guide to self-published books and the people who write them, created the IRDAs to give indie authors access to people who can make a difference in their book’s success. With the rush by traditional publishers to sign them and their noteworthy bestselling status, there’s no longer much doubt that indie authors can be both commercially and … END_OF_DOCUMENT_TOKEN_TO_BE_REPLACED

Technology and art are blending in two exciting new contests, hosted by Booktrack with sponsorship from Wattpad, Writer's Digest, and Indaba Music. Booktrack, a music overlay platform that engages readers by allowing creators to add ambiance-style music of their choosing over the text so that music plays as they read, is holding two contests around Hugh Howey's work, Half Way … END_OF_DOCUMENT_TOKEN_TO_BE_REPLACED 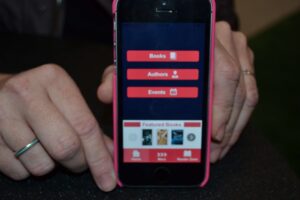 One of the top issues plaguing authors and publishers alike is book discovery. Everything from a glut of content to a lack of understanding of metadata has been blamed for lagging sales and author anonymity. But one organization representing a branch of publishing that has always been at the forefront of digital publishing innovation has announced a product that stands to … END_OF_DOCUMENT_TOKEN_TO_BE_REPLACED 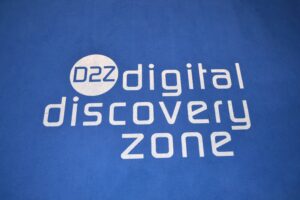 The BookExpo America event is the largest North American publishing industry conference, and it has grown to include a wide variety of incorporated events that address nearly every aspect of the book industry.Otis Chandler of Goodreads presented interesting findings on how social media use affects book discovery and sales.The Penguin Mobile Bookmobile made an appearance … END_OF_DOCUMENT_TOKEN_TO_BE_REPLACED 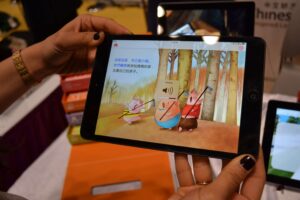 In this year's Digital Startup Alley at BookExpo America, nineteen different companies featured their new products, some of which are live and others which are still in beta. The companies ran the gamut from new approaches to reading subscriptions, new ways to share and review content, even a charitable organization that brings ebooks to readers in areas with limited access to … END_OF_DOCUMENT_TOKEN_TO_BE_REPLACED 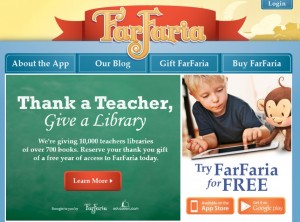 Children's ebook subscription platform FarFaria exhibited at this year's BookExpo event to demonstrate the powerful effects of their product, but also to ensure that attendees know about the company's pro-teacher initiative. As of last week, FarFaria instituted a summer giveaway which will offer 10,000 teachers a free one-year subscription to their service, allowing those … END_OF_DOCUMENT_TOKEN_TO_BE_REPLACED

At yesterday's IDPF event, BiblioBoard's Mitchell Davis sat down with Good eReader to talk about the new feature that was just launched with Library Journal that will offer libraries a way to feel confident about including self-published ebooks in their lending catalogs. This feature, called Self-e, will offer libraries a curated list of titles that not only have some standard … END_OF_DOCUMENT_TOKEN_TO_BE_REPLACED 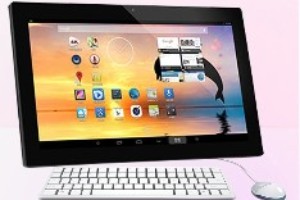