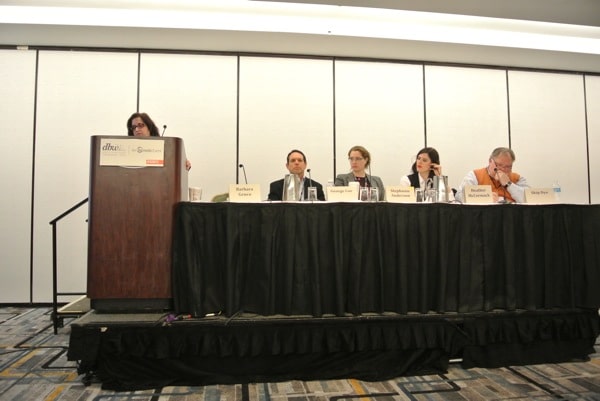 Genco showed some interesting statistics from a survey that was just completed.  89% of libraries offer ebooks and the 2012 expenditures on ebooks could hit $90 million.  71% of readers who borrow ebooks use the library for ebook discovery and 40% use the libraries ebook catalog for discovery.  In an important statistic, 92% of ebook readers buy print books.  Looking at the statistics presented at the workshop, it is clear that library patrons find the restrictions put on ebooks by most of the major publishers to be totally unacceptable.  For example, 62% of patrons find it totally unacceptable that they can borrow an ebook only by going onsite to the library.

Random House said that it is clear to them that libraries are an important method of discovering books and are of a big help in first novels, especially.  They feel that discovery in a library does lead to a purchase by the consumer.  George Coe said that libraries process 3 billion transactions a year and that demand is 10 times what is offered in urban areas.  He praised Random House for its library friendly policies and this was seconded by librarian Stephanie Anderson who said that most of the bestsellers currently available in ebook form come from Random House.