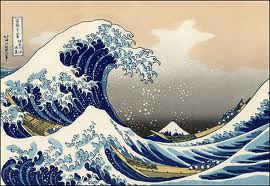 An article in Fortune.com is entitled “Why Japanese readers don’t like ebooks” is a bit silly. It correctly states that ebook adoption in Japan is fairly low, but then it somehow equates the fact that publishers in Japan have produced very few ebooks with the fact that readers aren’t reading ebooks. How can readers read something that doesn’t exist?

The publishing industry in Japan has been long reluctant to jump into ebook production. As the article states: “So far the Japanese have failed to be moved by e-readers from home or abroad, mostly owing to a paucity of content,” says editor and publisher of Japan’s E-book 2.0 magazine Hiroki Kamata. A recent Bowker study, mentioned in the article, does seem to say that many Japanese readers aren’t interested in ebooks, but, again, this makes little sense as Japanese readers have pioneered a new form of digital reading: scanning your own books and reading them digitally. This is so popular in Japan that, as Publishing Perspectives reported, one the the major Japanese scanning companies, Bookscan, has opened a US operation.

Indeed BOOKSCAN’s almost instant success in Japan was a business dream come true, and part of that was due to an influential IT blogger raving about the service on his site, which says Nakano, had a “huge impact.” Soon the firm had a four month backlog of people demanding to use services, and — perhaps the greatest measure of success — 100 competitors who had sprung up almost over night, like mushrooms after rain. But while an influential endorsement can create buzz, it doesn’t sustain a business long term.

Also, until the recent adoption EPUB 3, there was no standard software format for reproducing vertical and right-to-left text. This made the production of ebook readers very hard as text rendering would have to be based on proprietary systems. This has led publishers to be extremely reluctant to produce Japanese-language ebooks. There has been a Japanese consortium of publishers trying to promote a standard, but the unattractive financial terms required by the consortium and the fact that it will be non-open ebooks doesn’t give much incentive to adopt it. Now that EPUB 3 is finally here this may make a difference.

Other market forces have caused problems as well. Publishing Perspectives reported on Sony’s failure in this arena: Sony takes the prize for “Squandering a Leading Market Position.” For a couple of years Sony has been the go-to vendor for Japanese consumers interested in a dedicated reader, and its e-book store is perfectly serviceable if not ground-breaking. Sony, though, does little to market their service, has not launched reader apps for mobile devices and has maintained device prices at a level that screams ‘niche’ to potential buyers. ($250 for an entry level Wi-Fi enabled reader? Per-lease). Sony can comfort themselves with their position as technology provider to Pottermore but unless they radically shake up their approach they will be irrelevant in the Japanese e-book market ex-Potter within two years.

Now that we have EPUB 3, and Amazon and Kobo are jumping into Japan, we may see the market start to take off. A year from now we may have some worthwhile market intelligence.