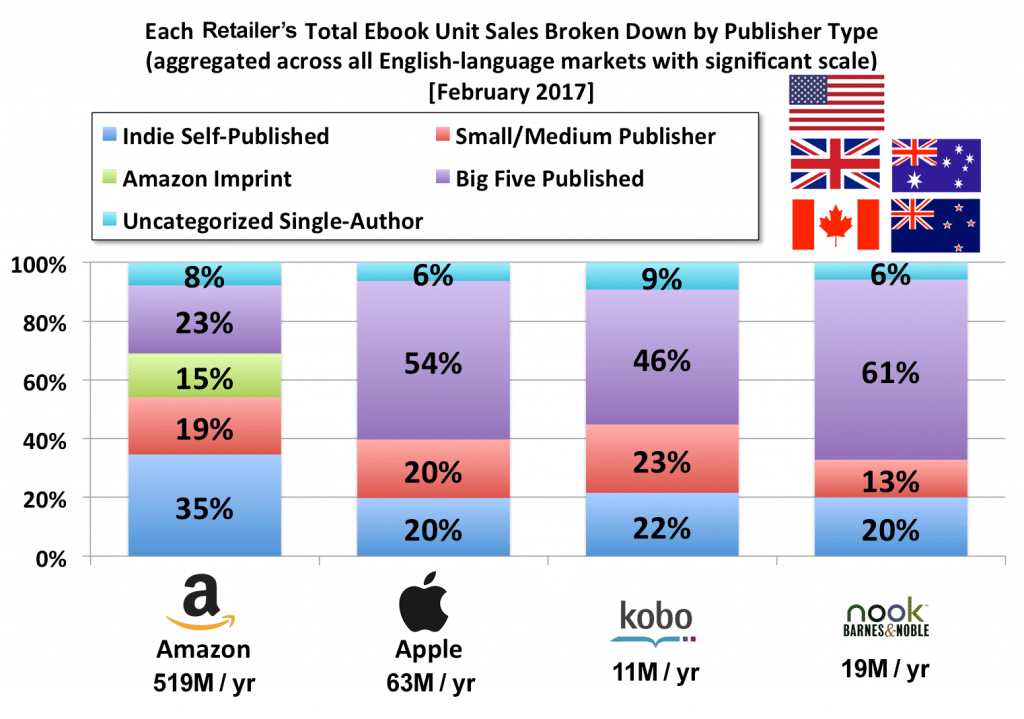 The big five publishers in the last calendar year have managed to hang on to more than half of all ebook sales at Apple and Barnes & Noble Nook. At B&N, in particular, their share tops 61%, but that merely makes them the largest fish in a rapidly-shrinking pond.  Amazon garners significant ebook sales, but major publishers only account for 23% of total Kindle sales.

When people buy books via their favorite online retailer most of them come from publishers such as Simon and Schuster or Penguin Random House.  Out of the 19 million Nook Books that were sold from early 2016 to early 2017 61% of them stemmed from the big five.  Apple sold 63 million e-books during the same time period and 54% of total unit sales were from big publishers. Kobo sold 11 million e-books and only 46% of them were from the big guys. Amazon sold over 519 million Kindle Books, but only 23% of them were from the big five.

Self-published indie authors are verifiably capturing at least 20% – 35% of all multi-country ebook sales at each retailer. When you also include the uncategorized authors, each retailer’s true multi-country indie share lies somewhere between 25% – 42%, with Amazon staking out the high end at 42% and B&N and Apple holding the low end at 25%.