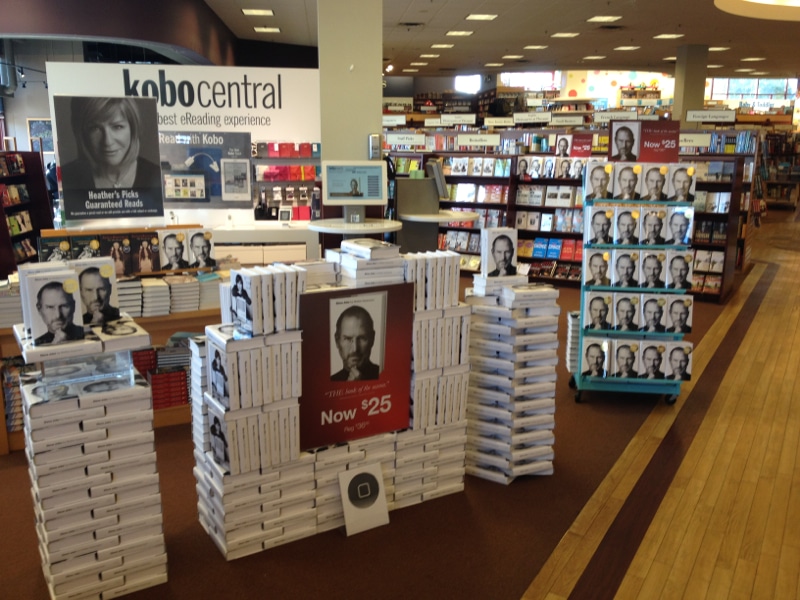 A new Survey issued by BookNet Canada has claimed that 16% of all book purchases in Canada are in Digital form. Not only are eBooks on the rise but people are making more tangible purchases online. Approximately 20% of print book purchases were made online (27.5% of all book sales were online, including mobile). But in-store purchases are still more prevalent: non-book retailers account for 32% of sales and traditional bookstores for 37%.

Kobo was the most popular purveyor of e-reading devices—27% planned to use one of their devices to read their next e-book.  The rise of Kobo in Canada can be attributed to the downfall of once dominant Sony, which has severely diminished their e-Reader portfolio and visibility on a retail level. Chapters, Future Shop, Best Buy, Walmart and other major retailers all stock the Kobo in Canada, which makes it more easily accessible then the competition. Meanwhile in the USA, eBooks account for 25% of all book purchases

Although 19% of people surveyed have purchased an eBooks this year, only 7% of purchased both an electronic version and the print edition. 86% of Canadians still purchase print formats, which goes to show that e-Readers still have a large mountain to climb to garner mainstream acceptance.