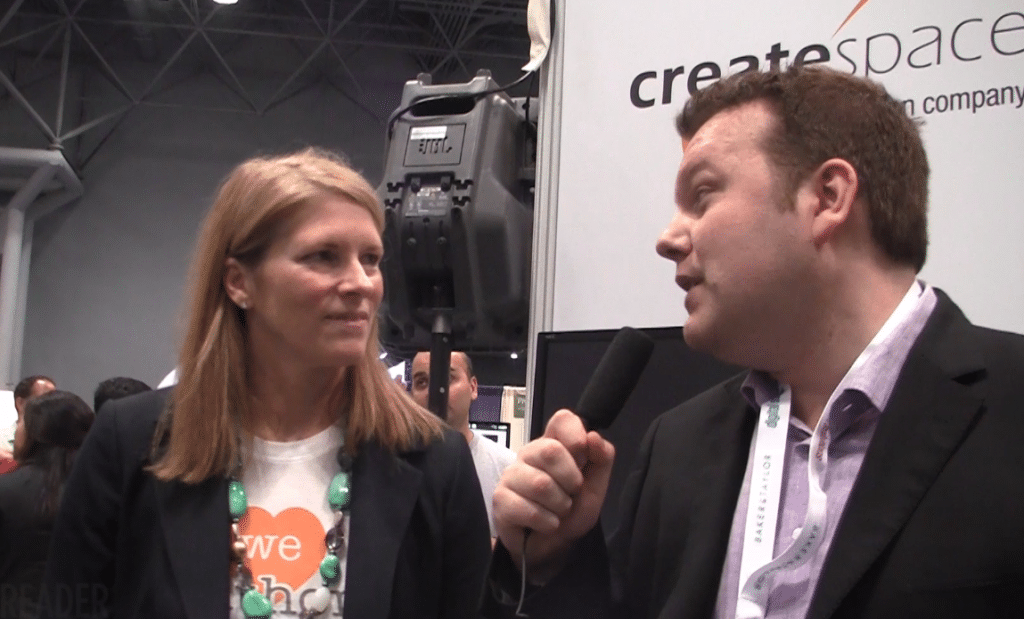 We are at Book Expo America 2012 and talked with Libby Johnson Mckee of Amazon Createspace. If you have never heard of them before, they basically help independent authors self-publish tangible books on their platform. You can write and submit a book, and it gets printed out when people actually buy it. You can also order many different copies and have them stocked in your own local bookstore. Amazon will also ship them out to other stores, such as Barnes and Noble or Books-A-Million. The news out of Book Expo 2012 was the synergy between Kindle Direct Publishing and Amazon Createspace. The two autonomous organizations are working together to offer people the options to publish on both platforms.

Publishing with both subsidiaries of Amazon at the same time is currently not a simple task, so the representatives used a wheelbarrow analogy. You can fill it up with all of the publishing options you want, but you have to push it to Kindle Direct Publishing, since Createspace won’t automatically submit anything on your behalf. This is setting the stage for more synergy between the two companies as Amazon is poised to release their own books via their own publishing imprint. You can expect the two sides working closer together during the next year, as the self-publishing race continues to heat up.