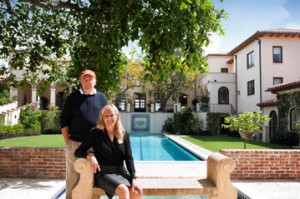 James Patterson is a workhorse like none other and writes a copious amount of young adult and adult fiction. In a recent interview with the Wall Street Journal, he explains his hectic writing style and how he finds it hard to keep track of everything.

James Patterson is 65 years old and shows no sign of slowing down with age. He intends on releasing close to 13 books during 2012 and earns around 80 million a year.  Currently this author is one of the select few that is part of the Kindle Millions Club, for authors selling over a million digital books via Amazon.

James is best known for thriller and detective books, but has made his mark writing young adult fiction. He’s also shopping projects to Hollywood and has a new movie inspired by his Alex Cross series that will hit theaters later this year.

The Wall Street Journal has an amazing interview with him if you want to gain a bit of perspective on his seven day a week writing gig out of his home office.  He also talks about out-sourcing many of his books to his cohorts and how he manages to stay in the loop and personally revising many story-arcs. In most cases, he does nine drafts per book.

One of the interesting aspects of his evolving writing style is in children’s books. After 25 years of writing, he reflects on his style of prose and how he deals with being criticized for publishing so many books. He really thinks that his new young adult books, like the Alex Cross series, is the pinnacle of his writing and what he is most proud of. Catch the full interview in the Wall Street Journal HERE.