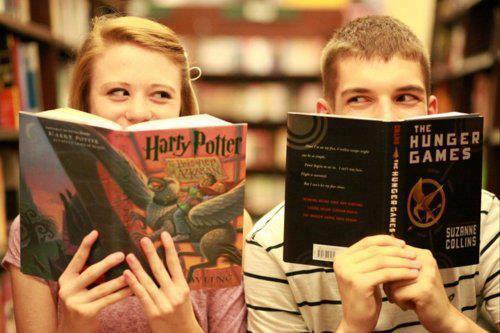 Young Adult Fiction is enjoying a tremendous amount of popularity for the last few years with runaway success like The Hunger Games by Suzanne Collins and Rick Riordan’s Percy Jackson series. Most of these books are geared towards teenagers, but it looks like adult reading is on the rise. A recent study conducted by Bowker stated that 55% of all YA books and ebooks are purchased by adults aged 18 and older, while 28% of the readers were aged 30 to 44.

eReaders now more then ever are shared family device and you would figure a number of tracked purchased were made by adults on behalf of their children. Statically it seems that 78% of all purchases in a shared environment are made exclusively by adults! If you look at the growth of ebooks being directly proportionate to e-reader sales, 40% of readers buy the digital versions.

So which young adult books are people reading more than ever right now? 30% of all respondents said they are reading the Hunger Games and the other 70% are reading a myriad of titles such as Harry Potter and Twilight.

“The investigation into who is reading YA books began when we noticed a disparity between the number of YA e-books being purchased and the relatively low number of kids who claim to read e-books,” said Kelly Gallagher, v-p of Bowker Market Research. “The extent and age breakout of adult consumers of these works was surprising. And while the trend is influenced to some extent by the popularity of The Hunger Games, our data shows it’s a much larger phenomenon than readership of this single series.”

I am sure every adult who reads on a tablet or e-reader has read YA fiction. Popular books tend to transcend their established genres. For example, the Harry Potter and The Hunger Games series both have a global appeal for all generations of readers. The fact these movies have made a copious amount of money is enough proof for the wider exposure of YA Fiction.

I think the real reason why YA Fiction is doing so well right now is because it harkens us back to a time when we were more carefree. Summers tended to last more then two months and we had heroes. YA subject matter often revolves around young protagonists, which is something we can all relate to.