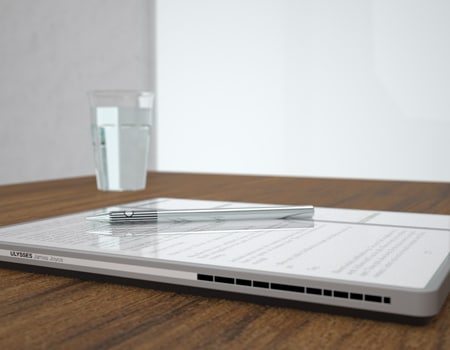 Artist and Designer Nadeem Haidary has developed a new technology called Bibliofile that seeks to maintain the battery power of an e-reader by simply turning the pages. Her new project uses page-turning gestures to generate the power necessary to update an e-paper display. These gestures provide cognitive, mechanical, and digital feedback to the person using the device. The device’s Active Reading margin supports the reader by providing applications, like a dictionary and word games, in a way that doesn’t distract like reading texts on a computer does. By harnessing both human and computing power, Bibliofile provides a rich reading experience for avid readers.

This new technology could revolutionize the e-paper field and allow people to do away altogether with powering their devices. e-Readers statistically often have a few months of battery life, but the new glow technology found in many new models reduce the lifespan. The major internal elements found in Bibiofile is the diode bridge, which allows current to be generated regardless of which way the generator is turned. The prototypes were designed with the intention of updating the display as little as possible to conserve energy.

Just to be clear, there is no finished product yet for this new technology, but there are some working prototypes. I see a potential Kickstarter campaign kicking off soon to develop it.