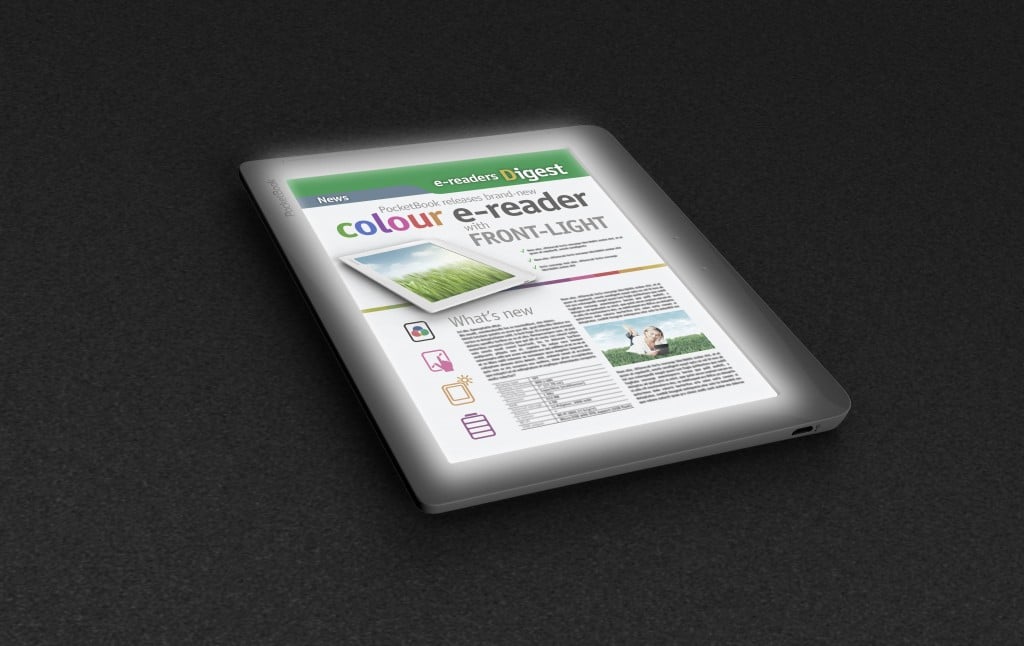 Mainstream e-readers from Amazon, Barnes and Noble, Sony, and Kobo have all tended to rely on e-Ink technology. This gives you the ability to read in direct sunlight, without having the typical glare you would get 0n a television, laptop, or tablet screen. There have been a few iterations of e-ink technology, but not much has changed in the last four years with the advent of e-ink Pearl.  2013 may be the year that major companies release new devices utilizing color e-ink.

e-Ink Holdings has developed Triton 2 technology, which is the next generation color display screens for your traditional e-reader. This will give customers a higher degree of contrast and better color display from the previous generation. Triton 1 had a grid of 2×2 pixels, red, green, blue, and white and used a square color filter array. Meanwhile, Triton 2 has the same color display, but instead of using square pixels it is using rectangular. It should give you 4096 degrees of color with 16 levels of each.

So why haven’t color e-readers gained momentum yet in the industry? Giovanni Mancini, Project Manager at e-Ink Holdings, told us that “one of the drawbacks is that most companies who licensed Triton 1… drove up the cost and prevented mass market attention.” This was clearly evident with the Ectaco Jetbook Color, which cost around $450 to $550.00. He went on to say “Pocketbook and Ectaco have both announced new digital readers that not only use our second generation Triton 2, but also Frontlight display screens.” This should give readers the same type of illuminated display screens found in the Kindle Paperwhite and Kobo Glo, in conjunction with a full color display screen.

Pocketbook is going to be releasing an eight inch device and Ectaco is going to be doing a 9.7 model. This should keep the prices very high, but Triton 2 is not relegated just to big screens. Giovanni elaborated that “The color filter array can be used in any sized e-reader, and is not limited to 9.7  inch screens. Of course, there are different design tradeoffs that companies have to pay close attention to. The main thing to consider is that Triton 2 will work in your standard six inch reader and many companies have been inquiring about it.”

The e-Ink Research and Development Labs have been working in overdrive pumping out E-Ink Triton 2 and producing many test models to show to particular vendors that are interested in seeing the latest tech. It seems that they have a number of six inch models with Triton 2 and Backlight technology available to show off to their regular customers. Although Giovanni did not confirm which companies are looking at the tech, you figure the bread and butter customers are Amazon, Kobo, and Barnes and Noble. I would also suspect that Onyx Boox, Bookeen, and a number of indies are looking at it, too. You can expect that if one of the bigger companies does a next generation e-reader with a color display, they all will do it. Just like when Barnes and Noble released the Simple Touch Reader with Glowlight, both other companies followed suit within six months and released their own models.

Frontlight technology ended up being the e-reader standard in 2012 and color e-ink will rise in 2013.