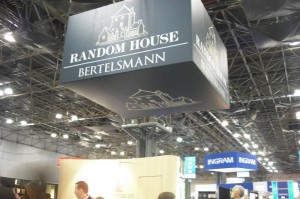 There was a lot of pre-show hype surrounding the BookExpo America and the IDPF Digital Book Conference, and it did not disappoint. The Javits Center in Manhatten was overflowing with live product demonstrations, business meetings, a jam-packed exhibit hall, and several presentation stages, all to garner focused attention on the publishing industry as a whole throughout the entire week.

There were definitely a lot of buzzwords coming out of this event. Enhanced e-books from companies like Blio were mentioned every time a new technology was introduced, downloadable apps seemed to be pretty much a requirement for any new device (unless you’re Barnes & Noble, a fact that they are actually very proud of), and cloud-based reading was all the rage across several platforms. Social reading through apps like Reading Life 4.4 was a concept that many exhibitors wanted to promote.

EPUB3 received a lot of coverage and the speculations about Amazon’s adoption of this industry’s standard format were practically the inside joke among interviewees, everyone unanimously smiling through gritted teeth as they insisted they couldn’t answer that question.

Global adoption of EPUB3 and of e-reading capabilities was a very big topic of discussion, especially in light of both the understanding that the new IDPF industry standard now makes it possible for different print-language formats, such as vertical and right-to-left, have been made unilaterally accessible, and in the introduction of an e-reader device from Kobo that is the first to download titles in six different languages. In addition to the Expo’s global focus on Italy this year, a smart move considering how well attended the Bologna Book Fair is among leading publishing professionals, Germany and Japan were talked about everywhere you turned as being the two newest big markets for e-reading. This news is very likely due to Amazon.de’s launch of a Kindle store this year, as well as several publishing projects that have brought a spotlight on Japan, many of which are to benefit the aftermath of the March tsunami.

Of course, it wasn’t possible to take three steps in any direction without bumping into someone who was related to the indie publishing scene, whether it was a self-published author, a company designed specifically around the needs of indie writers, or even sites that existed strictly to publish their catalog of titles digitally. Amazon.com’s CreateSpace was there, along with the press release of the names of the six finalists in the Breakthrough Novel Awards, even bringing a few of their self-published authors to the Expo to speak on how the process of indie publishing with CreateSpace was right for them. In an industry that many still perceive as having a chip on its shoulder towards self-publishing and digital publishing, the atmosphere was very welcoming of those who choose to forgo the traditional model, demonstrating the validation and respect that indie publishing and its technology have earned in recent years.

The real breakthrough of this year’s event was the constant acknowledgment from companies that we have only scratched the surface on the technology behind reading a book. The days of a new technology being touted as the best there ever will be are over; the feelings have shifted towards looking to the future. Even as EPUB3 or the latest e-reader was being introduced for the first time, the discussion would inevitably veer towards how they are already working to improve for the next round. Undoubtedly, the show of support from every corner of the publishing industry at events like this one means the best is yet to come.