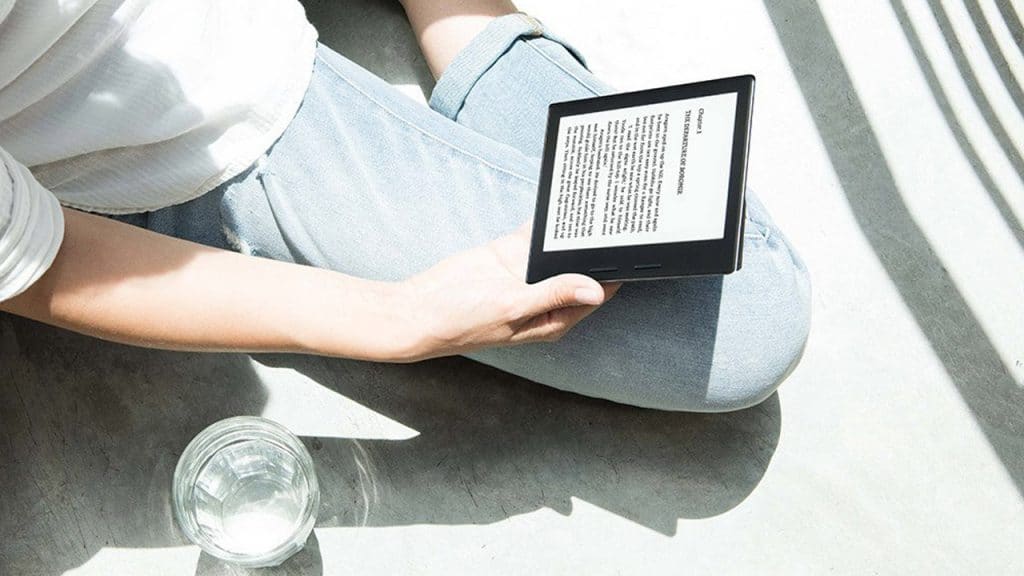 A few months ago Amazon revised the home screen and navigation bar of many of their Kindle e-Readers. This has been the inspiration of a new font named Ember that will be available on the Kindle Oasis e-Reader.

The Ember font borrows heavily from the new user interface on the Kindle Voyage and Paperwhite 3. The text that says “GoodReads” and “Home” is the new e-book san serif font that Amazon is employing.

I have heard reports that Ember was developed exclusively for Kindle e-Readers with a front-lit display. The Oasis is an interesting device in this regard, because it has ten LED lights to make it easier to read in the dark, whereas previous models only had four to six.

It is very likely that Ember will only be available on the Oasis for the next few months, as Amazon normally uses new fonts as a big selling point. Once device sales start to taper off they will make it available on older devices.