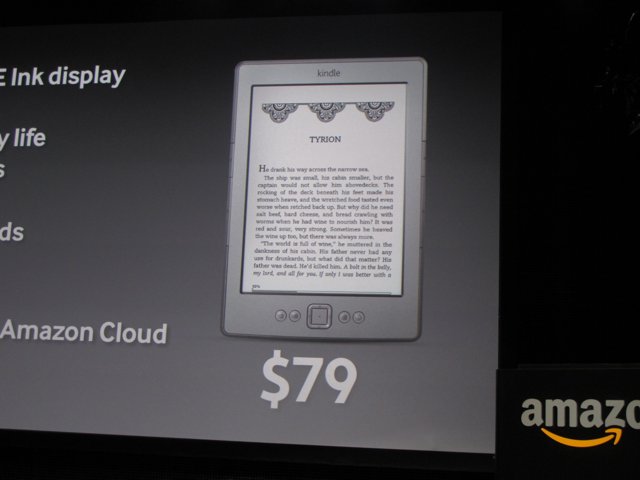 Amazon, it seems, may have gone overboard with its pricing strategy with not only the Kindle Fire but the new 4th gen Kindle e-reader as well. According to market research firm IHS iSuppli, the yet to be released e-reader costs Amazon about $84.25 each, which means the online retailer is losing more than $5 with each Kindle that it sells.

The market research firm iSuppli did an analysis of the components that have gone into the making of the base Kindle and how much they cost. What they have come up with is interesting since its $78.59 worth of materials that make up each of the Kindles. Add another $5.66 to that as the cost of manufacturing the Kindles and that still might not be enough. The above estimate leaves out other aspects such as licensing fees, software, and shipping charges, which together might push up the cost of bringing each Kindle to the market even more.

However, the risks taken are calculated. Amazon has plans to recover the costs in the long run. As principal analyst at The Enderle Group, Rob Enderle, points out: “This is a subsidized device that comes with advertisements that make money for the company and offsets that manufacturing price, giving Amazon its profit margins.” Amazon already has on offer a 3rd gen Kindle that displays ads but boasts of a low initial cost. The method worked well enough for Amazon to have a similar model in its line up with the new touchscreen enabled Kindles. Also, ads alone might not be the only way to recover the costs, as Amazon will also be making money selling content like e-books, magazines, and such.

Amazon also has the same Kindle on offer priced at $99 but without the ads. A $99 price tag is also equally lucrative and there will definitely be many buyers for it as well, which means the losses accrued for Amazon with its latest e-readers and tablet PCs leave much to gain for consumers.

There has been no comment from Amazon so far on the iSuppli findings.