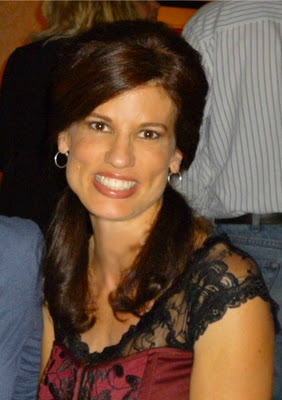 It’s happened to nearly ever avid reader. You invest yourself through money and time in a book and begin to get wrapped up in the story, only to find that the ending is not what you had anticipated or the characters don’t behave in the way you would have them behave. More than one book has been permanently ruined for the reader by allowing the wrong characters to enjoy a happily ever after or by the villain getting away with his crime.

Thanks to digital publishing, bestselling authors like Elle Lothlorien, whose upcoming Alice in Wonderland romantic comedy adaptation is due out at the end of this month, are able to adapt their e-publishing to reach out to fans. Lothlorien actually released two versions of the same ebook earlier this year when she republished her Sleeping Beauty to veer off into an alternate ending, allowing fans to opt for which ending they felt best about; interestingly, Lothlorien is also releasing the same title as an erotica ebook with the same plotlines and characters but with the romantic element punched up for fans who look for a little more detail in their titles. This is a practice she plans to adopt for all of her titles, allowing fans to select which level of graphic nature they feel comfortable with among the characters, something that digital publishing can allow for but that would be very difficult for the traditional publishing industry to support.

Lothlorien has made internet headlines for her approaches to digital publishing, notably some harsh criticism in recent months over her practice of responding to both positive and negatives reviews of her books, which she sees as more of a customer service issue than an artistic one. Lothlorien also blogs for Digital Book World about writing and publishing practices, including a pending piece entitled, “Does This Cover Make Me Look Fat? How I Used Facebook to Let Fans Choose My Next Book Cover.” In that post she aims to describe how she offered her fans three different book covers and used Facebook statistics to determine which cover resonated the most with her readers.

“Publishing has to figure out a way to save itself,” said Lothlorien in an interview with GoodeReader, “you have to stay nimble. Taking beloved stories like The Frog Prince or Sleeping Beauty and transforming them into romantic comedies is another way of adapting. Writing an alternate ending version of Sleeping Beauty reflects the changing interaction with your readership. Adding an erotica element to my novels in response to the popularity of 50 Shades of Gray just takes that to the next level.”

In addition to the upcoming Alice in Wonderland, which will be available for Nook, Kindle, and others, Lothlorien will also be releasing a new twist on the Rapunzel story in late December.