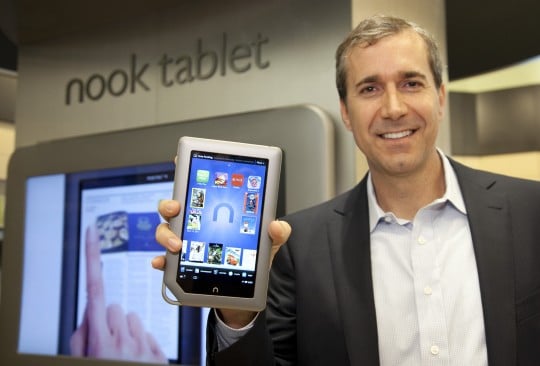 B&N made some fantastic predictions concerning its share of the print and digital book markets at its investor meeting yesterday. While ebook sales accounted for only about $250 million for the retailer last year, their current projections are putting ebook sales at more than $2 billion by 2015.

While the print book sales are expected to fall by nearly $1 billion, from $3.6 billion last year to close to $3 billion by 2015, B&N still predicts that it will retain a larger percentage of the print market than it did last year.

The retailer’s sales are not limited to books, of course, as its brand-specific Nook reader line and Nook tablet are expected to account for nearly $2 billion in sales in 2012’s fiscal year. B&N is also currently enjoying about 30% of the digital magazine market due to the ease of use and compatibility of its color reading devices and the large variety of titles available in B&N’s newsstand.

One of the major steps leading to these numbers has been the closing of the Borders chain, which left Barnes&Noble as the only physical location bookstore for large numbers of customers. The in-store displays of the various Nook devices has also given consumers the opportunity to handhold and educate themselves on the device before purchase.

These projections were made at a meeting of Liberty Media shareholders. Liberty made its $204 million investment in Barnes&Noble earlier this year based on its sound consumer base and rise of device-specific e-reading.