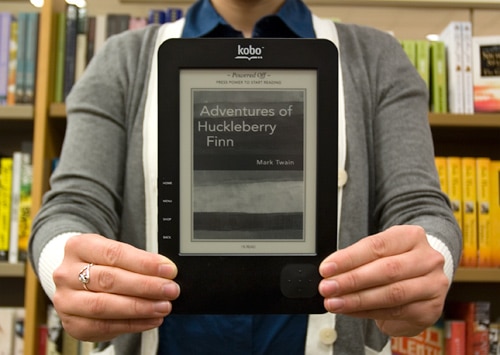 Kobo CEO Michael Serbinis has confirmed that his company today is going to start a publishing division to deal with authors and compete against Amazon. Kobo plans to publish books to be sold in all Chapters and Indigo stores and be available in digital form.

Kobo plans to make it easy for authors to publish with the company and will offer a wide array of services. Kobo plans to do everything from cover art to the editing of the book content. Many indie authors do not have a dedicated editor and their books are full of grammar errors and other facets that throw off a reader.

Chapters and Indigo books plan on making the physical books available early next year and will showcase the books in a dedicated section of the store. Kobo also plans to have a new section in its online bookstore that puts most self-published authors in the same area.

I knew for awhile that Kobo was planning a self-publishing division when I spoke with Michael late last year. The move for them in this direction is timely because both Amazon and Barnes and Noble both have offered a similar service for the last few years. Amazon broke the mold, and instead of dealing with publishing companies directly they were going to sign authors to lucrative book deals.

To be clear, Kobo not only intends on making a digital service for indie authors to submit their books, but they intend on making it a business to gravitate towards being a publishing company.