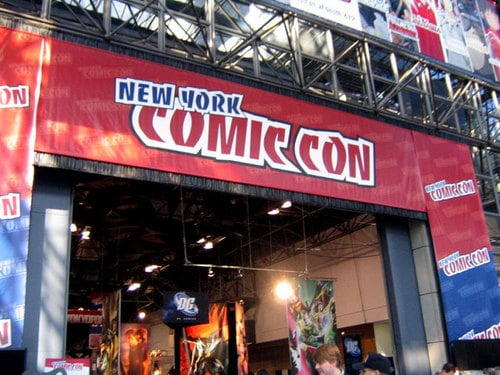 The massive New York Comic Con was held last week at the Javits Center in Manhatten and according to early reports, a record 105,000 fans attended. As these events are always fairly large, with last year’s event hosting around 90,000 fans, it is the major players and stars in the industry whom the fans come out to see.

Much of the excitement at this year’s event had more to do with reading than the chance to meet some of the big names, however. DC Comics’ highly anticipated relaunch of the New 52 in September and the birth of digital day-and-date which makes their comics available digitally on the same day that the print issues hit newsstands has been declared a success all around. Their announcement that they have sold 5 million comics since the launch last month means that venture has had some of the highest sales numbers for the line since 2003.

Several other companies and imprints have jumped on board following the success of DC’s relaunch. DC’s own Vertigo imprint will be adding six additional series titles to the digital day-and-date releases, while other highly anticipated manga series from Japan, including titles from Yen Press and Viz Media among others, will be launching several nearly simultaneous print and digital releases, reducing the time from Japanese publication to digital English translation to about two weeks. Marvel Comics also announced it will launch its Point One with the same-day digital and print.

GoodEReader.com has covered the need for more viable author-centric platforms that would allow indie graphic novelists and artists to self-publish their own works electronically. With the surge in popularity of digital comics and the rise in tablet reading versus the limitations of black-and-white e-ink reading, hopefully more doors will open for indie publishing and an even higher number of fans to read these authors’ works.