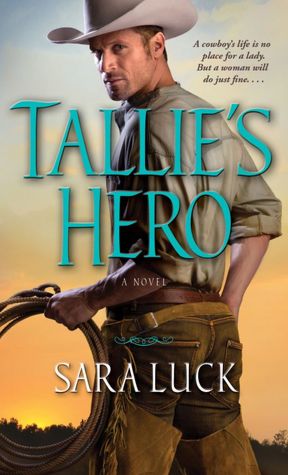 Ever since the explosive growth in digital publishing, romance fans have shown themselves to be some of the most voracious consumers of ebooks. The books are quick and fun to read and they often follow a formula that mimics the emotions and expectations of the reader: two characters meet, are cold to each other but slowly warm, they give in to their feelings and have an unexpected tryst, a plot twist occurs that causes them to go their separate ways, then they are reunited when the misunderstanding is discovered. It’s a fairly standard plot.

But Tallie’s Hero (Pocket Books) refused to play along. The issues in this historical romance are very contemporary, such as the heroine’s sham of a marriage to a man who is gay but, due to his lineage and social standing in Victorian England, is just as much a victim of society as Tallie is. One worldly subplot is the corruption of men with money and power who literally run the “little guy” out of town, as is the case with several characters whom we think we can trust who literally burn the small farms of single families in order to take ownership of their abandoned land.

One aspect to Tallie’s Hero that was both frustrating and exciting was the author’s refusal to follow the formula. I was confident at every turn that this would be that part where the characters realized their love for each other, but Luck kept the reader guessing until the end. If I had to find fault with her departure from the standard storyline, it was in the heroine’s refusal to tell the cattleman love interest about her divorce due to the shame of it and her assumption that he would reject her as unfit; he’s a cowboy droving on a stretch of land from Texas to Wyoming. I don’t know that he would reject anyone at this point, certainly not for being pressured into divorce by her titled in-laws.

Tallie’s Hero will be available in print and ebook from Amazon, Barnes and Noble, and more on August 28th.