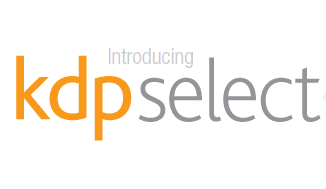 Amazon launched its KDP Select program to feed digital book titles into its Kindle Owners’ Lending Library, and the results have been positive. With right around 75,000 ebooks in its library, an exponential increase over the original launch, Kindle users have borrowed an astounding 259,000 individual check-outs of those titles in December alone.

Part of the success of the KDP Select program is the fact the authors are compensated when their books are borrowed from the library. Authors earn a share of a total sum based on the number of times their books were borrowed; in December that fund was $500,000, which amounted to $1.70 per borrow for every author.

“KDP Select appears to be earning authors more money in two ways. We knew customers would love having KDP Select titles in the Kindle Owners’ Lending Library. But we’ve been surprised by how much paid sales of those same titles increased, even relative to the rest of KDP,” said Russ Grandinetti, Vice President of Kindle Content. “Due to this early success and a seasonally strong January, we’re adding a $200,000 bonus to January’s KDP Select fund, growing this month’s total pool to $700,000.”

Much of the success of the program came out of an effort to provide quality content to the Amazon Prime members—a requirement for borrowing ebooks from the Kindle Owners’ Lending Library—after some conflict with the Big Six publishers. Following the move by some to pull their ebooks from Amazon’s catalog, Amazon opened up KDP Select to self-published ebook authors.

While Amazon closely guards its sales figures for both ebooks and e-reader devices, the press release did mention that the post-holiday windfall from the sale of Kindles and Kindle Fire tablets has allowed them to raise the amount designated in the fund for KDP Select authors. The success of the lending library’s memberships has also contributed to the increase.