You are here: Home / Digital Publishing News / Kobo Book Club to Launch in 2012 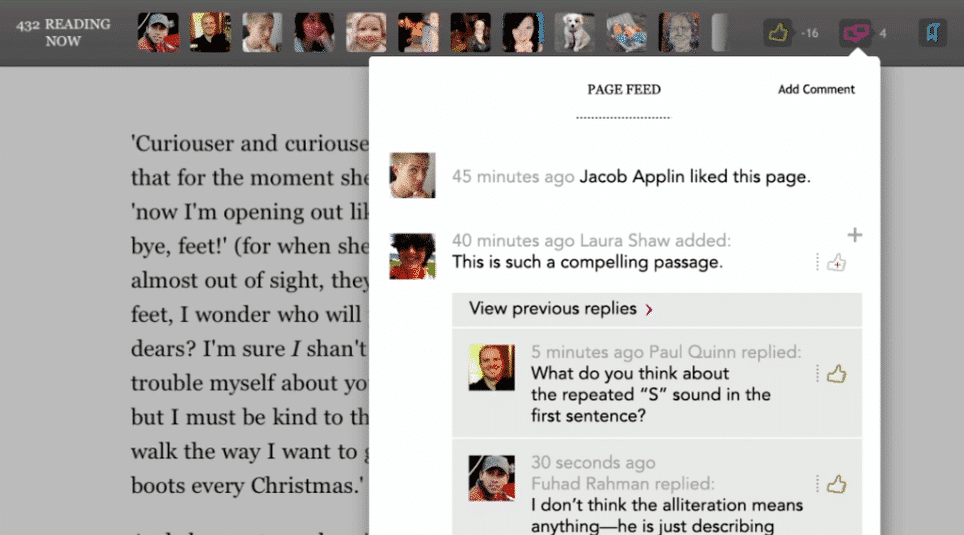 Kobo announced today that they are launching a new Book Club in the 1st quarter of 2012. This will allow anyone who has purchased a Kobo Touch e-reader to select a free ebook every month for the entire year. This is available to residents of Canada and the United States who activate their Kobo eReader Touch or Kobo Touch with Offers today through March 31, 2012, regardless of where the unit was purchased.

The new Kobo Book Club has been a project closely under-wraps for the past six months while they company has secured publisher and author rights. The initial list of publishers include e-Reads, F+W Publishing, Gooseberry Patch, Harvard Business Review, Kensington Publishing, and New World City. Some popular indie authors have also committed their body of works to the program including; Blake Crouch, J.A. Konrath, Shayna Krishnasamy, and Phyllis Smallman. Kobo intends to merely launch with these partners and then secure more once they gauge whether or not the program is successful.

Kobo has an amazing family of eReaders and with the launch of the 2012 Book Club there’s never been a better time to buy a Kobo Touch eReader,” said Michael Tamblyn, Executive Vice President Content, Sales & Merchandising, Kobo. “Our Kobo Touch eReaders bring the ultimate in eReading value to readers around the world, and this new book club is another example of how we can take that great experience and make it even better for Kobo Touch eReader owners.”

The new Kobo Book Club is an amazing idea and puts free content in the hands of people who participate in its ecosystem. Every month a select list of books will available to choose from, so you will not have unfeathered access to the entire database. January 2012’s book club selections include: “Pride and Prejudice – The Wild and Wanton Edition”; “HBR’s 10 Must Reads: On Managing People”; and “Star Wars Vs. Star Trek.” The idea of only allowing a certain number of books available on a monthly basis may stimulate the formation of real-world bookclubs to talk about the characters and books but I can see an even better factor.  Kobo Pulse is a new feature found on the Kobo Vox and their iPad application and gives you a chance to talk to people in real time who are reading the same book as you are. I can see these limited number of books allowing people to be more social about it and using Pulse as a virtual reading club.  Once you select the book and download it to your account you can also use the Kobo iPad application and use many of its unique features, such as the stream.

Amazon has also released a monthly ebook program but did not do the due diligence that Kobo has done and alienated all of the Big Six Publishers. We might not see Penguin contributing books to either program but at least with Kobo we are getting a huge selection of free books to choose from on a monthly basis.

TORONTO, Dec. 1, 2011 – Kobo, a global leader in eReading with over 5.6 million users worldwide, announced the launch of the Kobo 2012 Book Club, designed for new owners of the company’s popular Kobo eReader Touch Edition family of E Ink devices.  Available to residents of Canada and the United States who activate their Kobo eReader Touch or Kobo Touch with Offers today through March 31, 2012, regardless of where the unit was purchased, the new book club offers a gift of a free book for each month of 2012 to Touch eReader owners who have enrolled in the program.

Made possible through Kobo’s collaborative work with a community of distinguished publishers and writers, the Kobo 2012 Book Club is a great way for readers to expand their digital library, find new publishers and discover new authors.  The program also brings value to publishers, allowing them to introduce readers to new authors, great books and provide avenues to promote their publishing house.

Writers directly participating in the Kobo 2012 Book Club include:

Kobo will continue to expand its list of participating publishers and authors in the coming months.

“Kobo has an amazing family of eReaders and with the launch of the 2012 Book Club there’s never been a better time to buy a Kobo Touch eReader,” said Michael Tamblyn, Executive Vice President Content, Sales & Merchandising, Kobo.  “Our Kobo Touch eReaders bring the ultimate in eReading value to readers around the world, and this new book club is another example of how we can take that great experience and make it even better for Kobo Touch eReader owners.”

THE KOBO TOUCH FAMILY OF eREADERS KEEPS ON GIVING

The Kobo Touch eReader continues to offer a best-in-class reading experience with top features, superior flexibility and the company’s innovative Reading Life social platform to readers around the world.

The Kobo Touch offers unmatched customization to the passionate reading community. Delivering an amazing touch experience though infrared technology users can swipe or tap to quickly turn pages, the intuitive touch interface allows readers to highlight a favorite phrase or passage, look up a word, zoom into an image, increase the font size, and navigate easily through a book and their entire digital library.  Featuring adjustable margins and line spacing, seven fonts (and the ability to add unlimited fonts by just dragging them onto the device) – each with 25 size settings – the Kobo eReader Touch Edition makes sitting down with a great read a pleasure.

With battery life of up to one month, and storage of up to 30,000 books with expandable memory, the Kobo eReader Touch Edition delivers the freedom to read anywhere, at any time.

DISCOVER SOCIAL READING – WITH READING LIFE™
With Kobo Reading Life – the most comprehensive social eReading experience and an industry-first social platform – consumers can discover their reading style and gain insight into their unique reading fingerprint with Reading Life Stats – track the minutes per reading session of a current read, the number of pages turned, plus see an overview of books completed in their library.  Readers can also earn fun and exciting awards and share their Reading Life with friends on Facebook and Twitter.

Newly launched Reading Life feature, Kobo Pulse – connects users reading the same book. So, book reviews, comments and conversations can be shared in real-time with other users on Facebook, Twitter or within the book itself.

ACCESS MILLIONS OF TITLES
With over 2.2 million titles, including 1 million free books – Kobo offers one of the largest eBook stores worldwide.  Titles range from the New York Times’ Bestseller List, the hottest new releases, thrillers, romance, newspapers, magazines and more – there is something for everyone.

HOW TO JOIN THE KOBO 2012 BOOK CLUB
The Kobo 2012 Book Club is available to residents of Canada and the U.S. who activate their new Kobo Touch or Kobo Touch with Special Offers today through March 31, 2012.  To participate, users can simply sign-in to their free Kobo account from their new Kobo Touch before March 31, 2012 and ensure that the account is set-up to receive email updates from Kobo.  As a Book Club member, for each month of 2012, Kobo Touch owners will receive an email with Kobo’s Book Club pick for that month and a promo code to get one of the books for free.  January 2012’s book club selections include: “Pride and Prejudice – The Wild and Wanton Edition”; “HBR’s 10 Must Reads: On Managing People”; and “Star Wars Vs. Star Trek.”

For more information on the Kobo 2012 Book Club, visit http://blog.kobobooks.com/kobo-2012-book-club. The Kobo Touch eReader is available at leading retailers in Canada and the United States, including Indigo, Best Buy, Walmart, Target, Sears and Buy.com.  More information on Kobo’s family of eReaders can be found at www.kobo.com.

About Kobo, Inc.
Kobo is a global eReading service with more than 2.5 million eBooks, magazines and newspapers – one of the largest eReading catalogues in the world.  Read Freely – Kobo believes consumers should have the freedom to read any book on any device and has attracted millions of readers from over 100 countries across the globe.  Kobo has top ranked eReading applications for iPad, iPhone, BlackBerry, Android, Windows and MacOS, and is the eReading application of choice for leading tablet OEMs.  Kobo eReaders, including the Kobo Touch and the newly launched Kobo Vox are available at leading retailers, including Indigo, Walmart, Best Buy, Target, Future Shop, WHSmith, FNAC, Collins Booksellers and Whitcoull’s.  Kobo’s innovative Reading Life is an industry-first comprehensive social eReading experience – Kobo users can earn awards simply for time spent reading and encouraging others.  Kobo is backed by majority shareholder Indigo Books & Music Inc., Cheung Kong Holdings, and institutional investors.