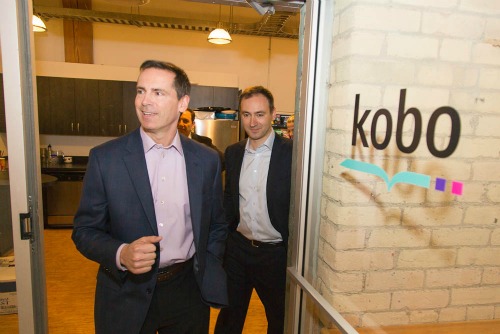 The Canadian e-reader scene certainly pales in comparison to the sheer variety of devices that are available in the USA. The Kindle Fire, Nook Tablet, and many of their e-ink based readers are simply not available. This gives many advantages to Kobo, who has grown their business in the Canadian market via a strategic relationship with Chapters. In a recent research report by Ipsos Reid, it found that Kobo accounts for over 46% of all e-readers in Canada.

In January 2011, the Canadian e-reader scene was controlled by Amazon and Sony, who each had 28% of the entire market. The big shift this year comes at the expense of Sony’s e-reader, which saw market penetration drop from a category leading penetration in January 2011 to a distant third at 18% in January 2012.

Major interest in Sony readers in Canada have certainly tapered off with 48% of respondents claiming they have zero interest in buying one at all. This stems from the company dwindling its portfolio of e-readers. In 2011, it had 3 different devices available to choose from that ranged from five inches to nine. Now in 2012, it is only marketing the Sony Reader WIFI and has recently decided to discontinue it. Kobo has reaped the rewards from Sony’s fall and has basically taken Sony’s customer base.

Things are not completely rosy for Kobo, as the company heavily competes with Amazon’s e-readers in Canada. 58% of people claimed they had more interested in investing in a Kindle at some point during the year. Amazon is actively marketing more devices in Canada for the first time with a wide array of models in major retailers.

Kobo has not announced any new devices yet for this year, while Amazon has recently released the 4th generation Kindle, Kindle Touch, and has different options with advertising and 3G. Kobo certainly needs to release some new devices in order to continue their current market share in Canada.