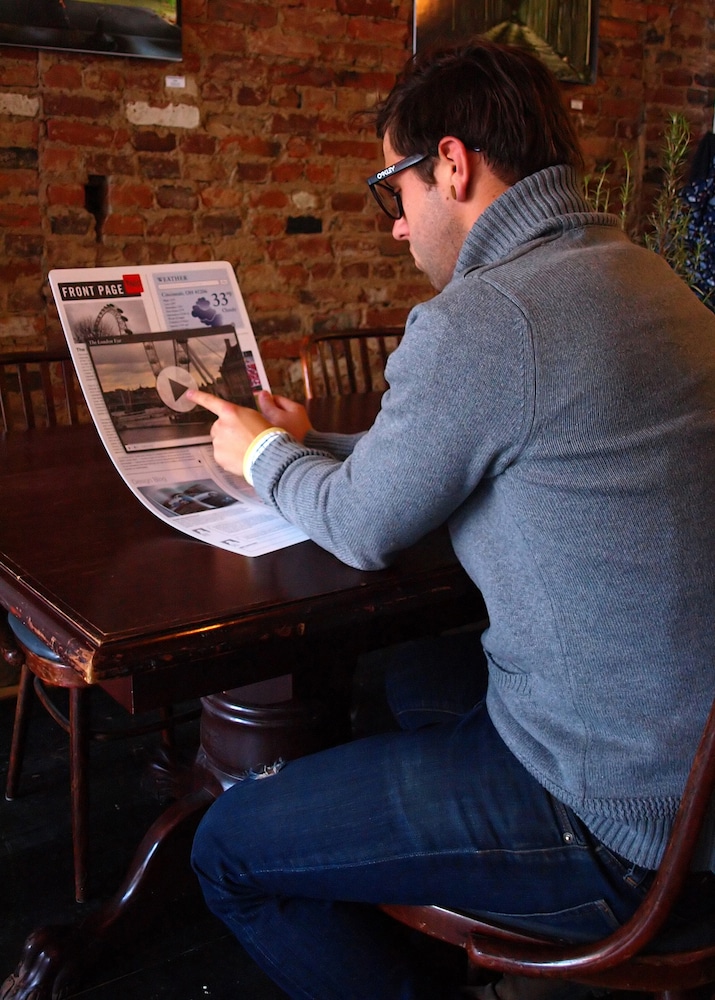 We have come across quite a few e-reader prototypes while working on this website, each providing a future glimpse of what the devices could be like several years down the line. The latest mock-up comes from the Novel Devices Laboratory at the University of Cincinnati. Engineer Jason Heikenfeld, who heads the lab, is pinning high hopes on the prototype. He claims it has fast enough page turning speeds to allow it to comfortably play back videos, while also allowing for rich color displays. Current e-readers are found lacking with both unless they are LCD based.

The prototype also reminds us of the several bendable displays that we have come across, with some so thin you can roll them up like a magazine or newspaper. Jason Heikenfeld is promising flexibility, and has said, “If you want to make something like an iPad you can roll up and put in your pocket, this is the type of technology that can enable that type of breakthrough.”

The prototype e-reader display can refresh at the rate of 67 frames per second, which Heikenfeld claims is fast enough to allow for video playback on the display that already provides for a full color output while still being extremely thin and light. Another area where mobile computing devices have often been found lacking is battery backup times and the prototype display scores on this front as well by being extremely energy efficient.

The display consist of a thin sheet of white plastic which is backed up by a porous aluminium coating to ensure better reflection, while the pores allow for easy passage of ink that is pushed to the front of the white plastic sheet to construct the images and text. Heikenfeld is claiming it is the white plastic with a layer of aluminium at the rear which is key to the display being able to render excellent color reproduction. Heikenfeld compared his prototype display with thinly veiled displays of current gen e-readers that are not able to hide the dark underlying colors effectively. “If you have a black wall in your house and you want to paint it white, you know one coat won’t do it,” said Heikenfeld.

Another inherent advantage of such a display is its readibility even in direct sunlight, something that is not possible with LCD based tablet devices. “Now you’re starting to capture a lot of the advantages you have in an iPad screen, but you can see in it in sunlight,” Heikenfeld said.

However, before you get too excited with the prospect of coming across an e-reader or a tablet with this display anytime soon, there are still years of research left for the technology to mature into a viable product.