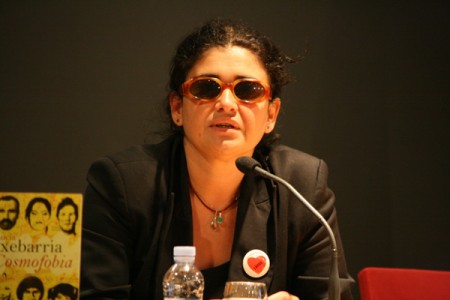 Ebook piracy and illegal file sharing of authors’ works proved to be the final straw for an award-winning, bestselling author. Spanish author Lucía Etxebarria, whose works have won the highly prestigious Planeta and Primavera awards, has declared she is done with publishing, at least for now. She places the blame squarely on ebook piracy of her works.

Piracy has long been the example that many authors and publishers have held up as their reason for not allowing their works to be made available in digital formats. Admittedly, it’s a rampant problem for even “small time” authors.

Sadly, much of the backlash over Etxebarria’s announcement has come from readers who are angry that she will no longer be publishing, to the point that the author cancelled her Facebook account following comments posted to her reply. Several other authors have spoken out against Etxebarria’s decision, stating that writing is a calling and an identity, not just a profession.

While there are only a few options available to authors whose works have been illegally pirated, such as attempting to contact the site that is making it available for download, taking legal action, or in the case of this author, opting not to publish any further works, some writers feel there is another attitude to adopt. Authors who have been victims of ebook piracy placate themselves with the knowledge that this is a form of advertising for their works, albeit an expensive and irritating one at that.

“The way I see it is that if people read a freebie version of one of my books, and they like it, perhaps it might encourage them to buy a hard copy of it, or investigate other titles of mine that aren’t available for free,” said sci-fi author Storm Constantine in an interview with Matthew Finnegan for TechEye. “They might tell their friends they liked it, or review it online. If anything, to make writers feel better about piracy, they can look upon it as a form of advertising, even if not one of which they particularly approve.”

There has been a long-standing debate across the spectrum of publishing about how much an author deserves to earn off the sale—or in this case, the theft—of a book. While surprising that Etxebarria did not find more support among her fans and fellow authors, it is sadly not a surprise that it’s come to this.