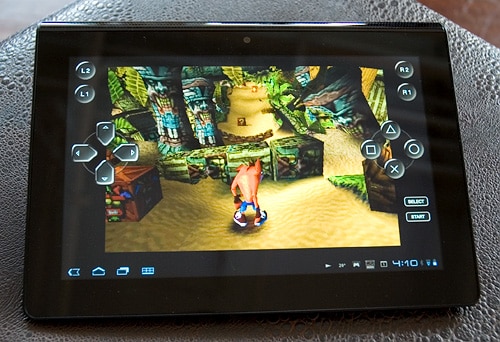 Sony is issuing a new fix for the Tablet S in Japan that gives you the ability to utilize your Sony PS3 Controller playing the unit. Many tablets suffer from the problem where the touchscreen interface is normally lackluster. This is most evident during shooters and RTS based games where the touchscreen is actually a hindrance.

The fix should be pushed to USA based devices sometime in the new year and what about the Tablet P? You will need to purchase a USB adapter cable to connect the controller to the tablet. Finally, when you install the new update you will actually get a cool mini game collection.