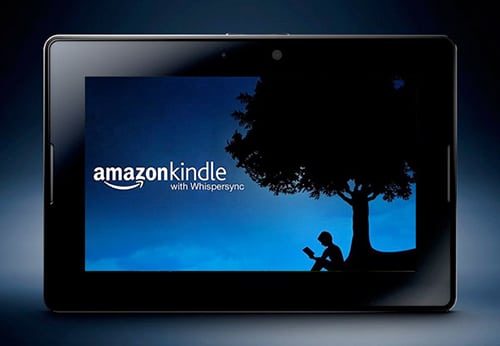 According to the in-the-know experts at TechCrunch, Amazon is holding a press conference this Wednesday to formally unveil its long-speculated and often-rumored tablet, now officially named the Kindle Fire.

The online arguing over the proposed specifications of the device center around some key dynamics of the Fire. First, while it doesn’t pretend to take the place of the Kindle reader—hence the official name, despite the popular talk that it would simply be referred to as the Kindle tablet or sometimes, the Kindle 4—some proponents of the device also state that it doesn’t even pretend to compete with the iPad in that it is more an e-reader and entertainment-based device. Evidence for that comes alongside Amazon’s announcement that it has partnered with Fox to bring more viewer content to the site, although the previously speculated free Amazon Prime account with purchase may not be happening after all.

TechCrunch’s MG Siegler reiterated his earlier position, one that he made after actually being allowed to poke, prod, and drool over the device a few weeks ago, that the Fire looks an awful lot a revamped Blackberry Playbook. He further backed up that point in an article today in which he explains that the same ODM who produced the Playbook created a lot of the design for the Fire, which will only help Amazon speed up the production in time to get the device to market in time for holiday shopping.

While the rumors about Fire running on its own version of Android—a veritable AmazonOS, as some commenters complained—seem to hold true, one thing that may actually be up in the air since the previous sneak peek is the almighty price. Originally slated to retail for around $250, talk is that it will now be closer to the $300 mark; that’s an interesting change since Barnes and Noble is set to host its own press conference next month in which the e-reader/tablet maker of the Nook Color releases its second device in the line, the Nook Color 2, which is supposed to retail for $250.

Of course, naysayers are standing at the ready with jokes about having a “$99 Fire Sale” if the device tanks, taking a stab at the HP TouchPad at the same time. Meanwhile, supportive fans of the project have already made sweeping statements about the unheard of functionality of such a device. While the forums and message boards are ablaze with comments both good and bad, one thing is for certain: if it’s like most of the projects Amazon tackles, it will be something worth waiting for.