The Onyx Boox Note Air 2 has one of the most prolific and striking designs in the industry, the two tone color scheme, really stands out in the crowd. This digital note taking device major selling features is the large amount of storage, lots of RAM and Google Android 11 and it has the Play Store, which has millions of free and paid apps.

The Note Air 2 features a 10.3 inch E INK Carta HD display with a resolution of 1872×1404 with 226 PPI and 350ms response time. It has a flush screen and bezel design with a glass based screen. There is also a WACOM layer, which can be used with the accompanied stylus to take notes, freehand draw or edit PDF files. There is a screen protector that is installed on the factory, so you don’t need to install it yourself, this is a special one that Onyx developed, they call it writing film, and there is more resistance when writing on the screen with the stylus. It has a front-lit display and a color temperature system, with more LED lights than the first generation model.

Speaking of the stylus, Onyx has developed a brand new stylus called the Boox Pen Plus, which give get for free with the purchase from Good e-Reader. It is blue and has a hexagonal design. They have all new nibs that make writing a pure joy. The pens are also magnetic and attach themselves to the device.

Onyx has also announced a series of premium pens, the Magnetic Pen Plus and the Magnetic Pen2 Pro. The Plus has a button on the side and has an improved nib, which gives you a proper drawing experience. The ergonomic shaft with grooves can you help grip it firmly. The Pro is similar to the Plus, except it has an eraser. There is a screen protector that is installed on the factory, so you don’t need to install it yourself, this is a special one that Onyx developed, they call it writing film, and there is more resistance when writing on the screen with the stylus.

Underneath the hood is a Qualcomm Snapdragon 662 octo-core processor and 4GB of DDR4X RAM and 64 GB of internal storage. It has speakers, which is great for listening to audiobooks, podcasts or music. There is no 3.5mm headphone jack or an SD card. You can however, use a pair of wireless headphones or a speaker to listen to audio content. Charing and the transferring of data to your Air is done via the USB-C port. It also has g-sensor and a microphone for audio to text or voice chat apps like Discord. You can connect up to the internet with WIFI. 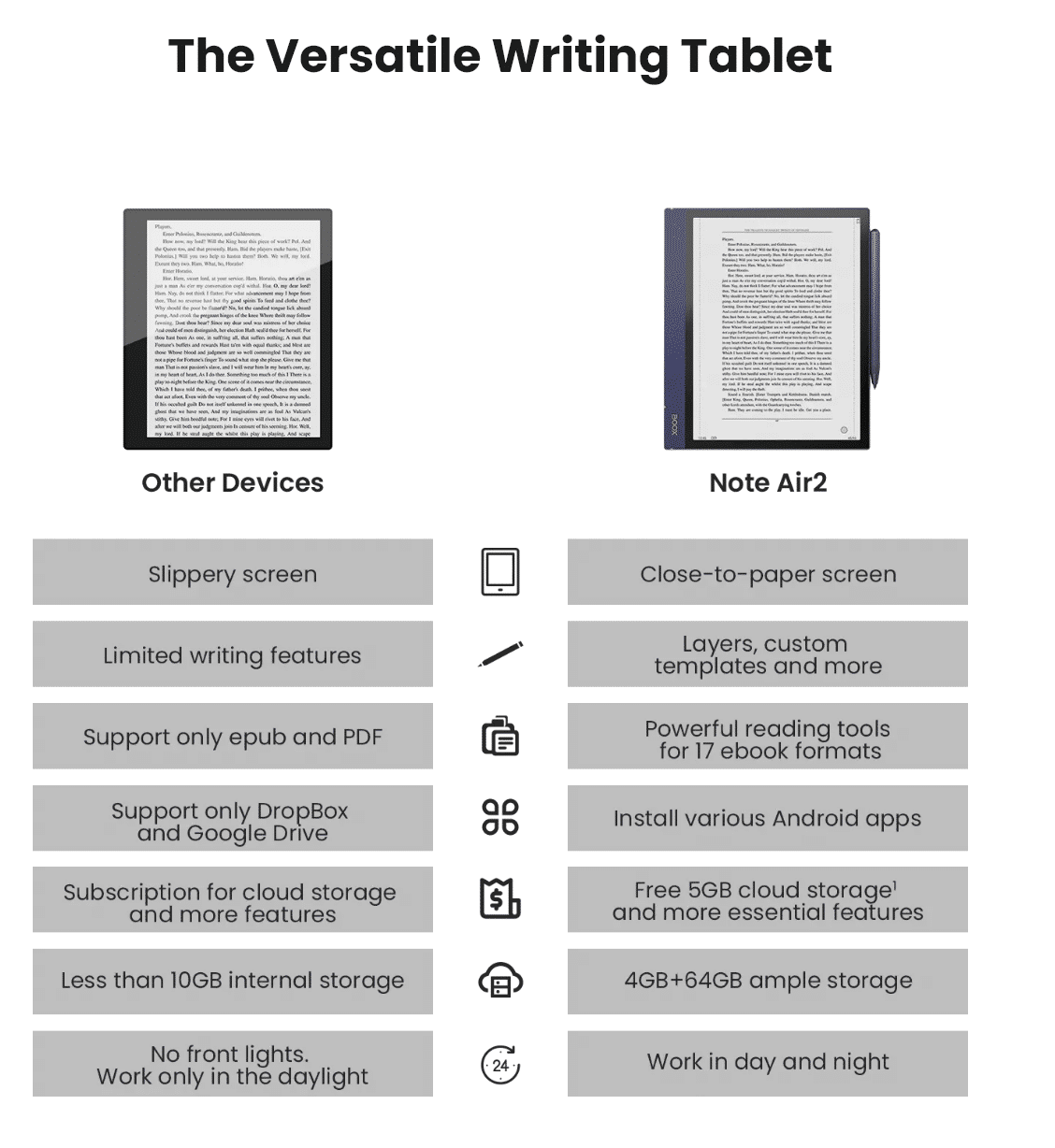 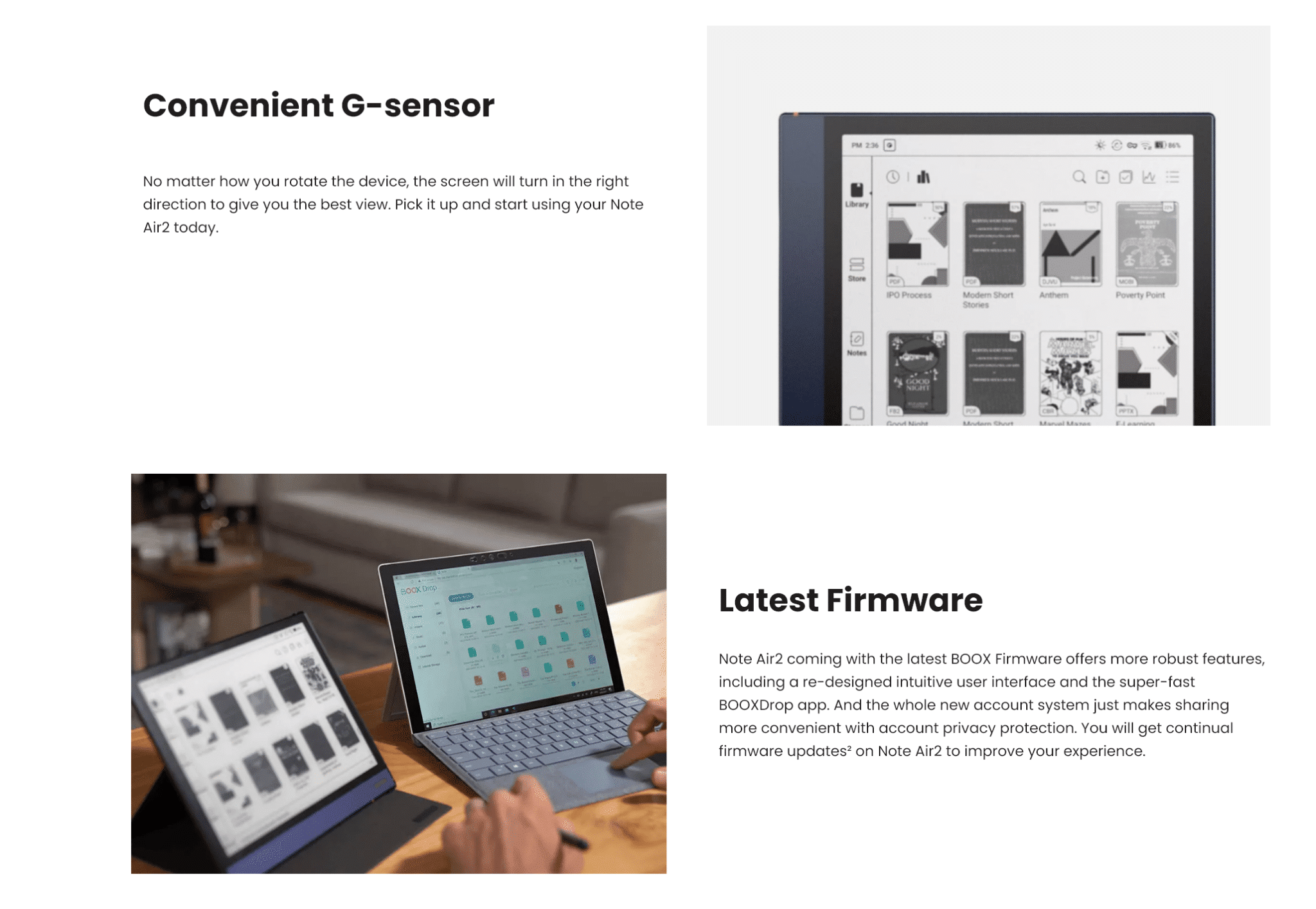 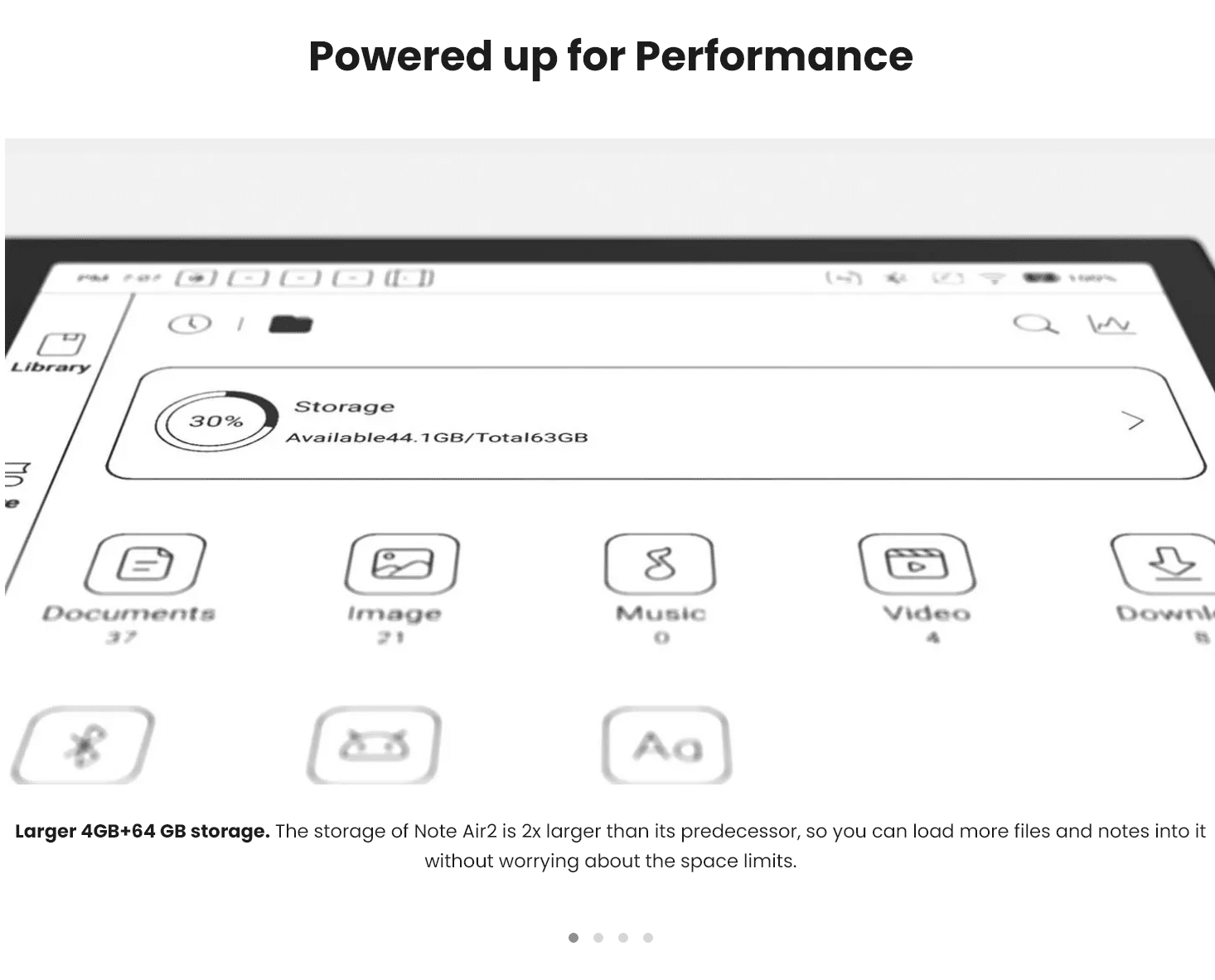 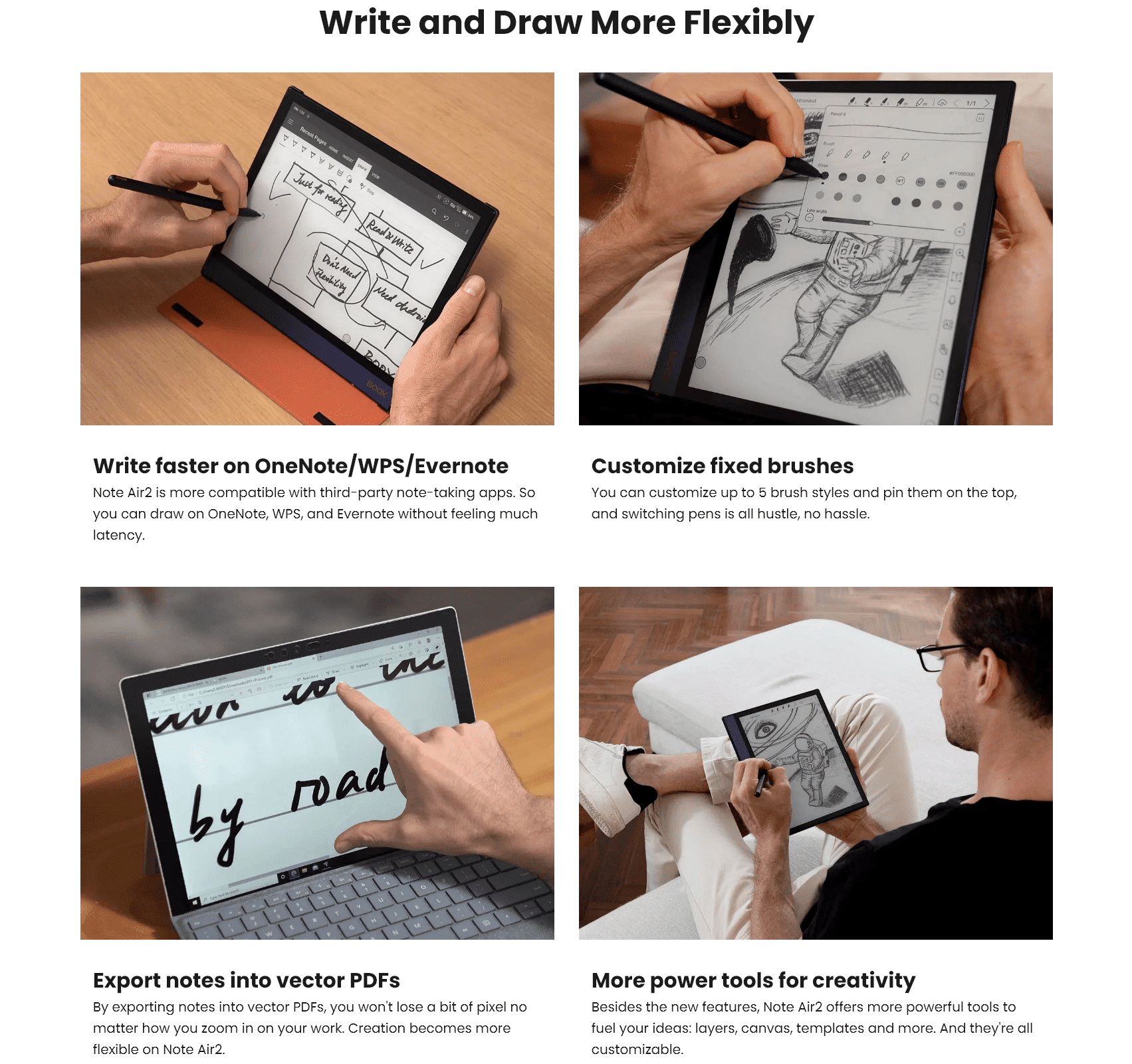 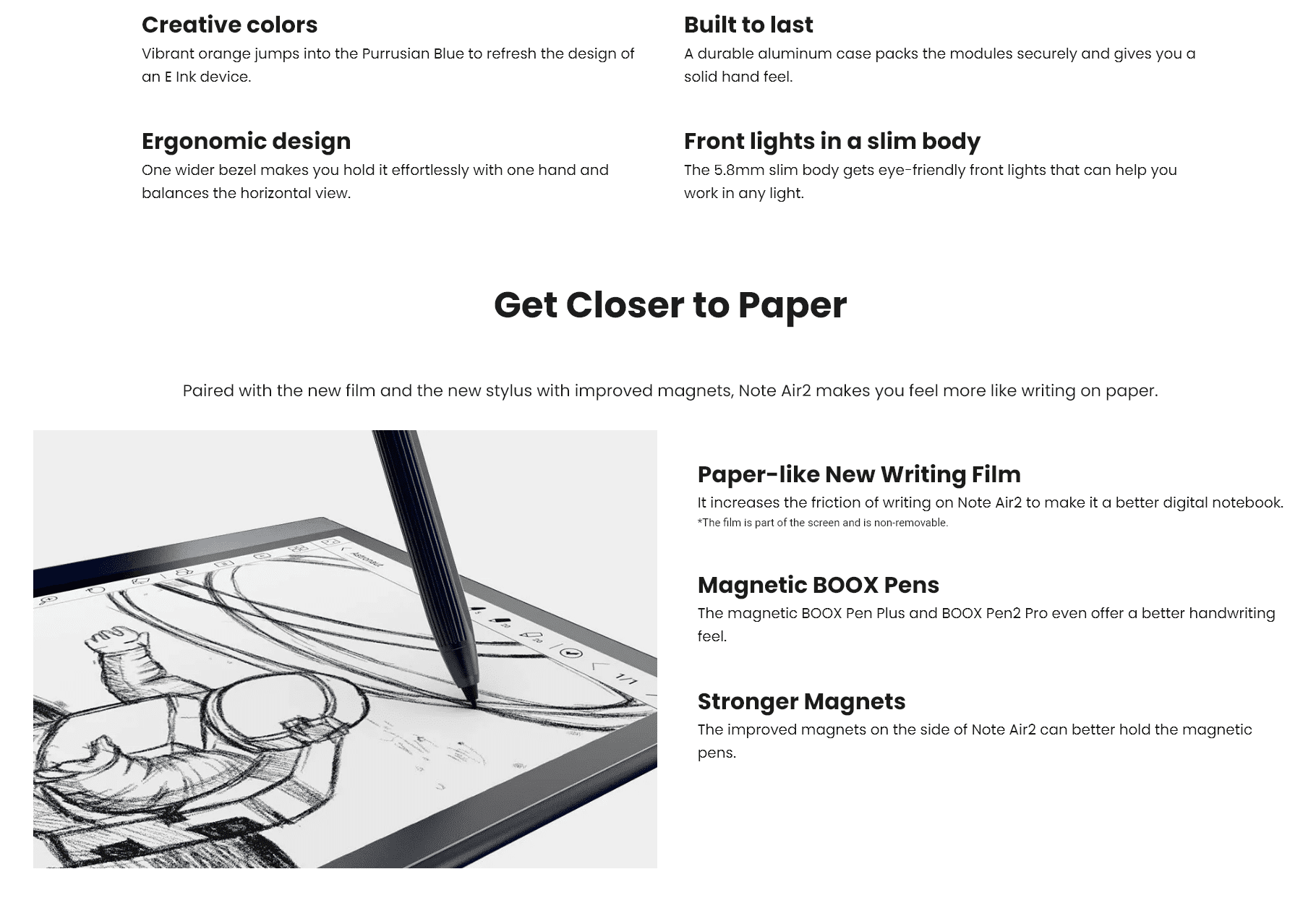