Watchy is an E-Ink watch with open source hardware and software. It has a barebones design utilizing the PCB as the watch body, allowing it to be worn as-is, or further customized with different 3D printed cases and watch straps. It is a unique timepiece that is also a wearable development platform, allowing users to create their own experience.

With makers/hackers/tinkerers in mind, we chose the ESP32 for its large community and support for a wide variety of development options, such as Arduino, Micropython, ESP-IDF, and Zephyr-RTOS. 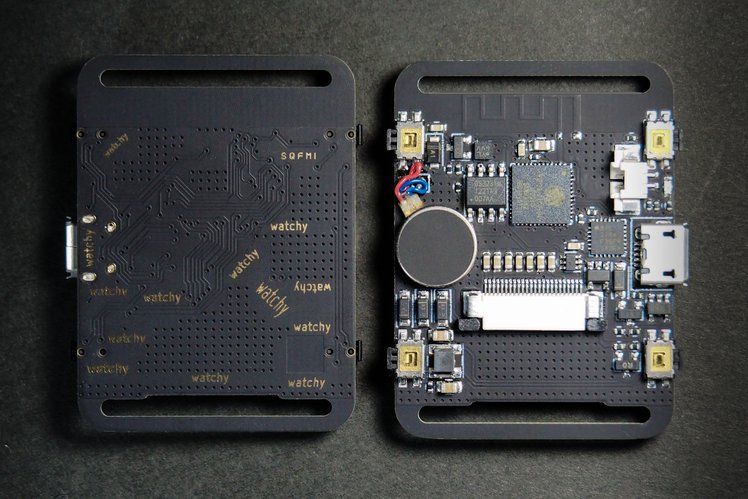 Every Watchy produced as part of this campaign will be bundled with a new watch case! We will be offering three of our own designs, and we will solicit third-party submissions for a vote during the campaign. We will then select which design will be mass produced and offered to everyone! 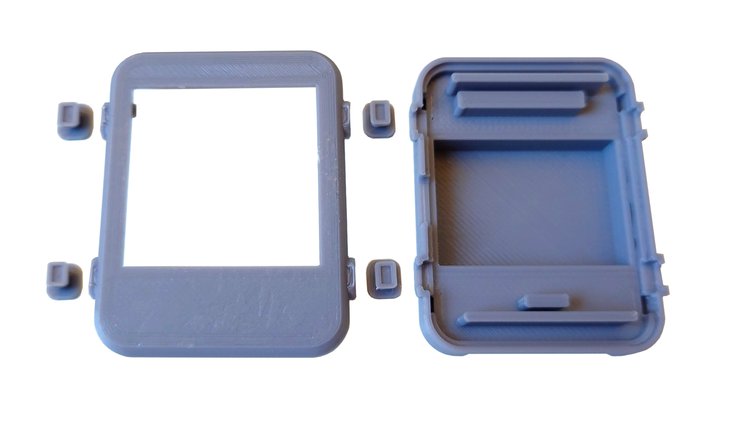 For those who don’t mind the extra weight and want a more rugged enclosure, a separate pledge level is available for a CNC anodized aluminum watch case. The design and color of choice will also be be decided by popular vote.

What’s in the box?

Backers of the Watchy Kit + Case (both early bird and regular) will get the kit pictured below, plus the new injection-molded plastic enclosure (not shown).

The Anodized Aluminum Case pledge level on its own includes only the new aluminum enclosure. 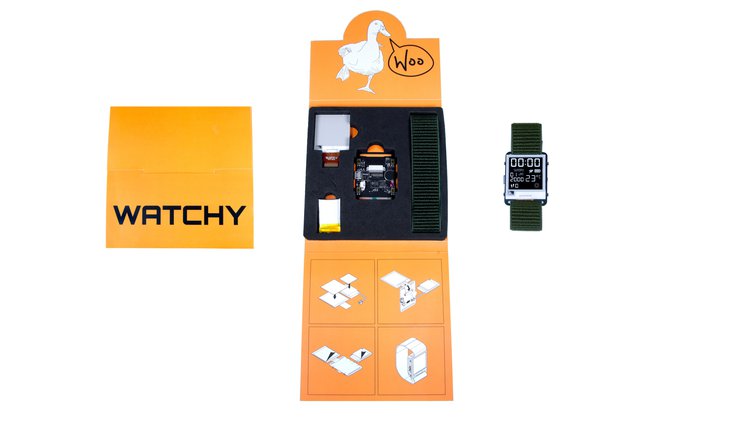 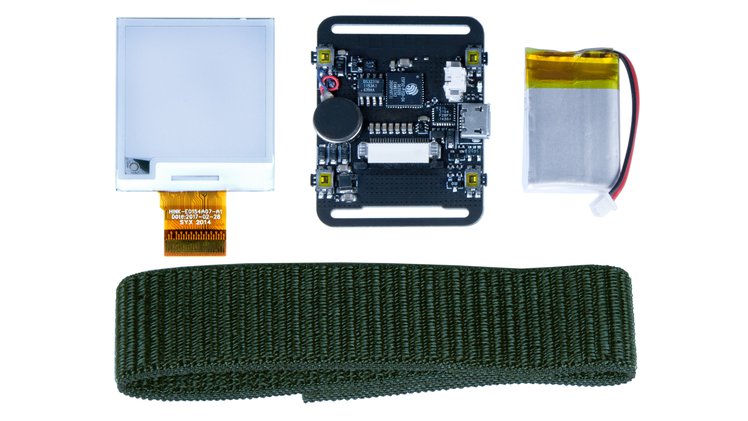 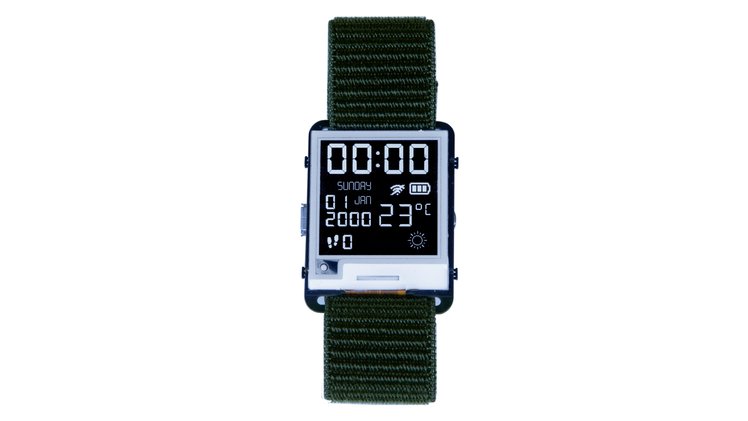 A fully assembled Watchy without an enclosure

Check out our watch face gallery. We regularly create new watch faces and showcase community creations. Every watch face is fully open source and part of our Arduino Library. 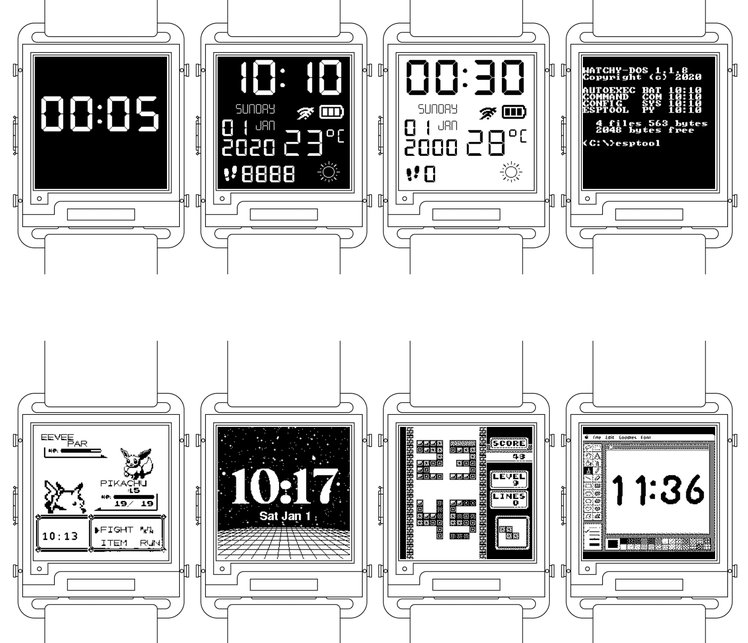 Everything about Watchy is open source under the MIT License and OSHWA-certified: