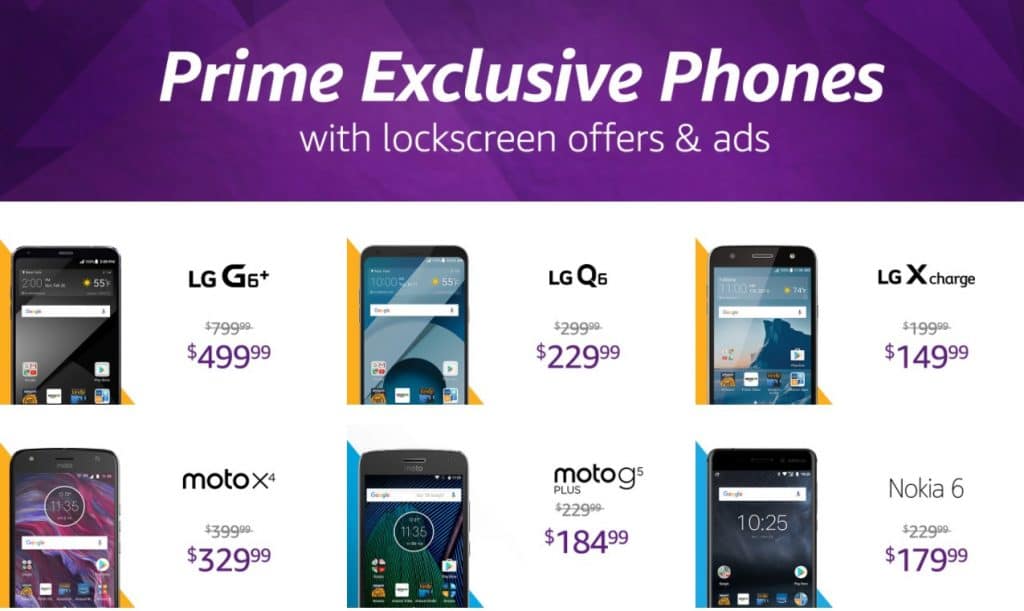 Amazon has announced that they are removing all of the advertisements on the lock screen for all of their Prime exclusive phones. Existing phones will be receiving a firmware update in the next week or two that will remove ads. With this change, the only difference between discounted Prime Exclusive Phones and their regular price counterparts will be the preloaded Amazon apps.

This change is being made because of advancements in smartphones that have fingerprint sensors or facial recognition software to unlock the phone.  People will be able to personalize device lockscreens with photos or wallpapers as well.

Amazon initially started to release Prime exclusive phones in 2016 and users got a big discount by having advertisements on the lock screen, similar to how the Kindle Special Offers program worked. Unlike the Kindle, there was no way to pay extra money to remove the ads on the phone.