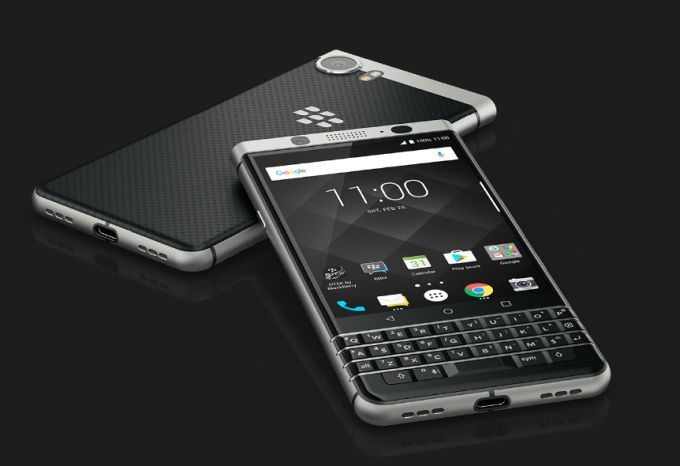 Blackberry has released their second smartphone in the last two years that has a fully functional QWERTY keyboard. Unlike the PRIV, this one does not slide out, instead the keyboard is very similar to the Blackberry Classic or the Blackberry Bold.

The BlackBerry KeyOne features a 4.5 inch IPS screen with a resolution of , 1620 x 1080, a Qualcomm Snapdragon 625 processor, a 3,505 mAh battery, 3GB of RAM, and 32GB of storage. It has a 12MP Sony IMX 378 camera, an 8MP front camera with support for image and video stabilization and LCD light-up flash for well-illuminated selfies. There’s also a fingerprint sensor, a USB 3.1 Type-C port, and it ships with Android 7.1.


The physical Smart Keyboard mimics the heritage of the BlackBerry trackpad by responding to touch gestures, making web browsing, reading, and writing with flick typing a much easier and more intuitive experience. The keyboard also can be easily programmed to launch up to 52 customizable shortcuts, such as pressing “I” for your inbox or “M” to access maps. In addition, KEYone is the first smartphone to build a fingerprint sensor directly into the keyboard spacebar for added functionality and security.