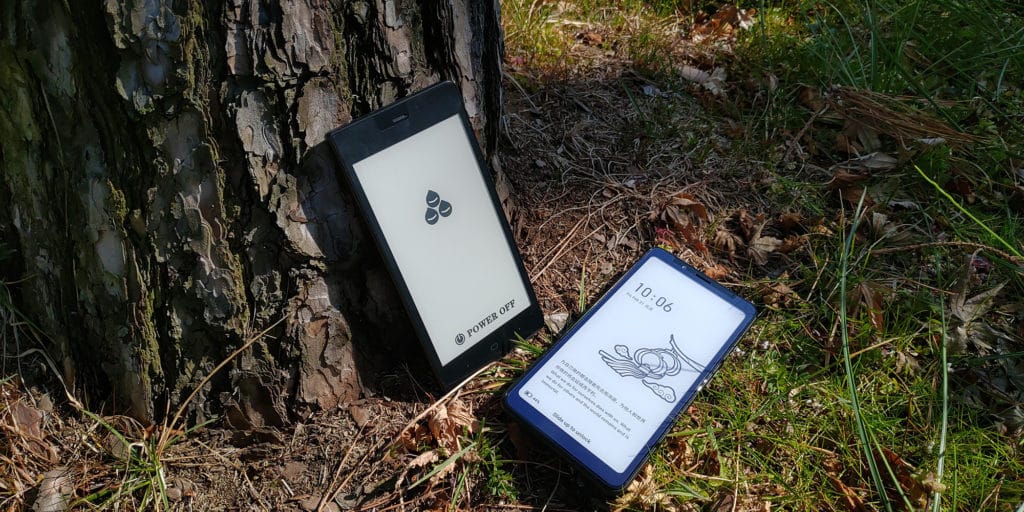 The Hisense A5 and Kingrow K1 are the two of the only E INK enabled smartphones that have come out in the past six months. They are really the only two modern ones on the market, although the K1 was only available for a limited time on a crowdfunding platform, it is not available to purchase now. The Hisense A5 on the other-hand has strong retail visibility and can be purchased on the Good e-Reader Store.

The Hisense A5 is employing a 5.8 inch E INK Carta HD display with a resolution of 1440×720 with 278 PPI. It has a front-lit display to read in the dark and to illuminate the display, but it does not have a color temperature system.

Underneath the hood is a Snapdragon 439 processor, which has 8 cores. It has 4GB of RAM, which is more than capable of making this phone snappy and robust. There is 32GB of internal storage and it does have an SD card on the SIM card tray to expand it up to an additional 64GB. It is powered by a respectable 4,000 mAH battery and it does not have a USB-C port, just MicroUSB.

The Kingrow K1 features a 5 inch E Ink Carta HD display with a resolution of 1280×720 and 283 PPI. This means you will only get 720P resolution and the text is not as crisp as reading on your 300 PPI Kindle Paperwhite. It has an adjustable front-light, something that no other smartphone in this class has ever had. It is accessed by sliding your finger down from the top, and is presented in a slider bar.

Kingrow is marketing this smartphone as easy on the eyes. This is because E Ink does not emit light from behind the screen like a modern LED or OLED smartphone. It absorbs light, which means you can use it in direct sunlight and you still get a great user experience. The front-lit display has a series of small LED lights on the bottom of the bezel and they project light upwords, evenly across the screen. This ensures that even the lighting system does not shine in your eyes.

Underneath the hood is a MediaTek Helio P23 (MT6763) octa-core processor, 2GB of RAM and 16GB of internal storage. When you turn it on for the first time, you have around 10GB of storage after the OS is installed and all of the preinstalled apps. If storage matters, there is a dual SIM tray that has a few different ways you can do things. You can put in two different Nano SIM cards, or a SIM card and an SD card. It has support for SD cards up to 128GB.