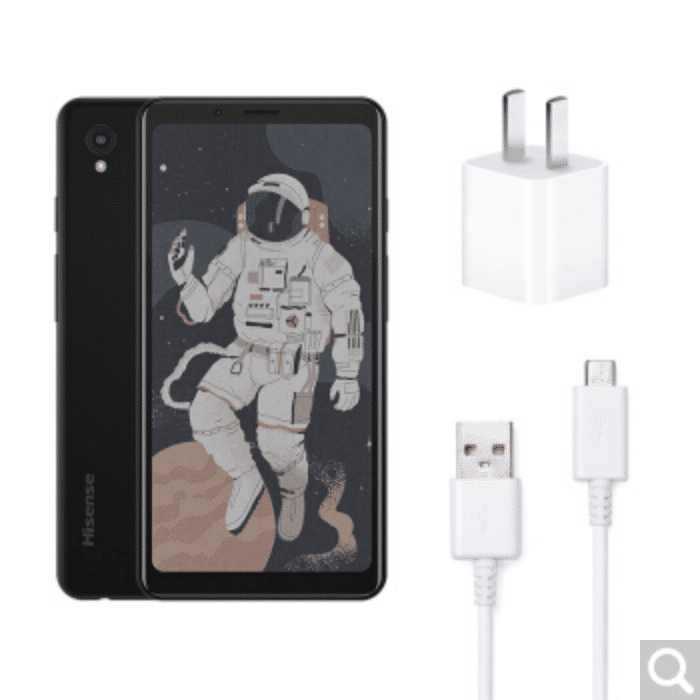 The first smartphone with color e-paper, the Hisense A5c is now available from Good e-Reader for $299, which is the most affordable price you will find anywhere. This device has Android 9.0 and an English UI, so people can actually use it as their daily driver. It should last multiple weeks on a single charge, thanks to the giant 4,000 mAh battery and has quick charge support.

The Hisense A5C features a 5.84 inch screen with color E INK, capable of displaying 4096 colors. It has a front lit display for reading in the dark. Underneath the hood is a Qualcomm Snapdragon 439 processor, 4GB of RAM and 64GB of storage. It has a rear facing camera capable of 13MP pictures and the front-facing camera is 5MP. The entire device is powered by a 4,000 mAh battery.

The HiSense A5C has a microSD card slot, micro USB charging port, Bluetooth and Wi-Fi connectivity, OTG, and a  3.5mm headphone jack. The operating system of the HiSense A5C color ink phone is Android 9 Pie OS. The color of the phone is black and comes with all of the usual accessories. It ships within a few days of an order being placed. Our full review and unboxing video will be posted next week.